How Religion Is Informing Human-Centered AI in Business

In Ep. 68 of Enterprise AI Minute, Aaron Back explains how artificial intelligence (AI) is making its way into and across religions, as well as how religion is informing AI, largely in part to the “Rome Call” which is the Vatican’s ethics plan to keep a human presence within AI.

01:10 – Aaron says that AI has permeated nearly every aspect of our society but notes the one area that has been untouched until recent years — religion.

01:38 – Humans need to be at the core of everything related to AI, says Aaron. He says the “balance between human and artificial intelligence is the future of business in the acceleration economy.” This leads Aaron to wonder how AI could have an impact on religion, and vice versa.

02:10 – Aaron explains the “Rome Call,” an initiative led by Paolo Benanti, an engineer and ethicist, who was called in by Pope Francis in 2020. At its core, the “Rome Call” is an ethical commitment to “keep human dignity as a priority as AI advances around the world,” says Aaron. Companies such as Microsoft and IBM have also signed the commitment.

02:43 – The United Nations Educational, Scientific, and Cultural Organization — UNESCO — also put out its own recommendations for AI ethics in 2021. It ensures that regulations will be put in place to create human-centered AI, says Aaron.

03:18 – The principles listed in the “Rome Call’ are around transparency, inclusion, accountability, partiality, reliability, security, and privacy. Aaron notes that “these are a lot of pillars to put in place, but necessary to hold up human-centered AI.” All of these principles are connected to a new word introduced by Benanti called “algorethics,” a combination of algorithms and ethics.

04:30 – “At the core of all of this is the preservation of humanity,” says Aaron. He says the future of AI depends on what we do now.

Aaron Back (Bearded Analyst), Chief Content Officer for Acceleration Economy, focuses on empowering individuals and organizations with the information they need to make crucial decisions. He surfaces practical insights through podcasts, news desk interviews, analysis reports, and more to equip you with what you need to #competefast in the acceleration economy. | 🎧 Love listening to podcasts wherever you go? Then check out my "Back @ IT" podcast and listen wherever you get your podcasts delivered: https://back-at-it.simplecast.com #wdfa

Armed with AI, the Intellectual Capitalist Is Replacing the Knowledge Worker | Lochhead on Different

Why CFOs Could Have the Coolest Job of the Future 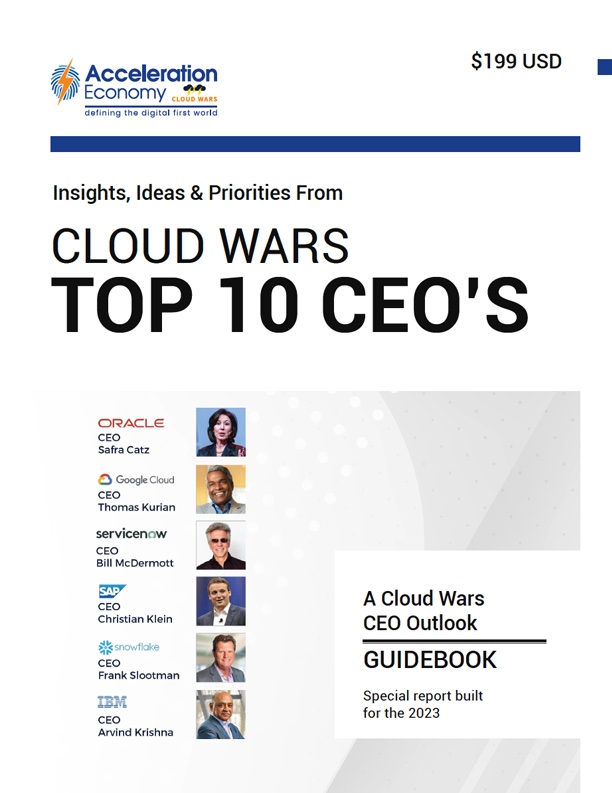 Insights into the Why and How of AI & Hyperautomation’s Impact