As Software Eats the World, Customers Are Becoming Cloud Vendors 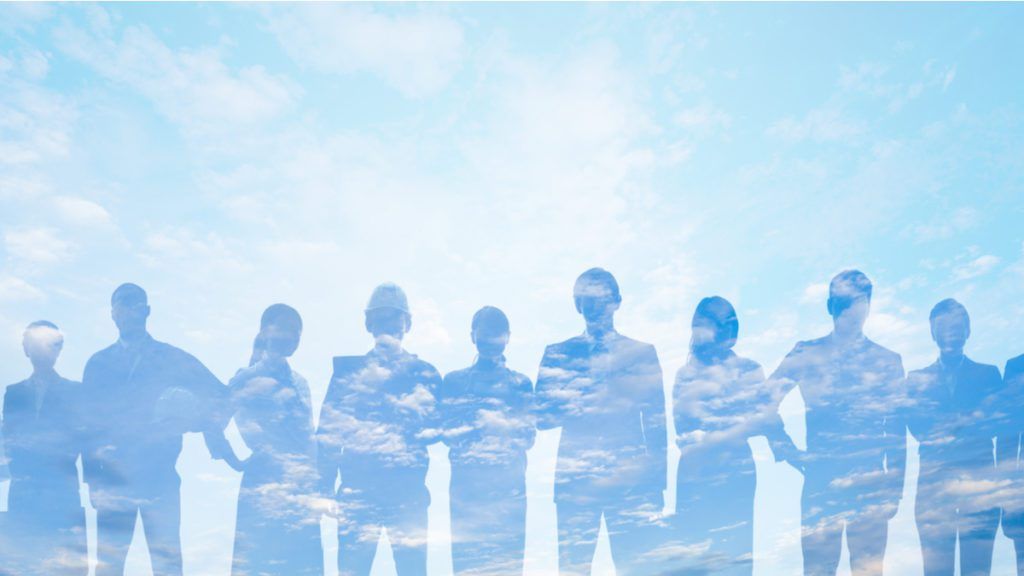 This is the second in a series of three ASUG Guest Perspectives contributed by Bob Evans, Acceleration Economy co-founder, Cloud Wars founder, and digital business expert. Evans is a keynote speaker for the upcoming ASUG Best Practices: SAP for Cloud conference. More information on the conference can be found at https://www.asug.com/events/asug-best-practices-sap-for-cloud.

No, that description of purpose-built manufacturing-industry solutions comes from Siemens, a rising force in the world of software as its customers want not only the physical goods Siemens has made for 175 years, but also its market know-how, its digital expertise, and its data-driven process mastery. This type of industry crossover is happening with striking frequency as a variety of powerful forces converge:

And that appeal extends in significant ways to customers—whether consumers or businesses—looking to optimize digital technology to stay abreast of the crazy gyrations our modern world seems to love.

For example, anyone who flies on a regular basis has no doubt been baffled by the uncertainty and confusion that are typically tied to the arrival or departure of a flight: are we ready to board yet, is the crew here, the gate’s changing, the flight has landed but the gate’s occupied, the plane’s pulled up to the jetway but no one’s there to open the door, etc., etc. In today’s age of the primacy of customer experiences, the airlines have come to realize that droning out yet another announcement saying, “We apologize for the inconvenience and thank you for your patience” is not exactly a viable strategy.

So American Airlines and Microsoft, as part of a sweeping enterprise-technology deal — or to use the new term that seems increasingly more appropriate, “partnership” — have co-created a mobile application designed to make many or even most of those nightmares go away.

Called ConnectMe, the co-created mobile app is used by gate agents, ramp personnel, maintenance workers, pilots, and flight attendants to see and act on real-time data describing what’s actually going on in the wildly complex world of airline operations. The breakthrough with ConnectMe — and as you’ll see, that name is spot-on perfect — is that it delivers the crucial data to those under-the-gun workers wherever they happen to be, whereas under the old system the data was accessible only via desktop machines located far from where the actual work was being done.

But for all of Microsoft’s software-development prowess, that’s not an app that Microsoft could have created on its own—and American’s app developers were able to bring great domain expertise to the project and also leverage the massive capabilities of Microsoft’s development teams. You can read more about this at How Microsoft’s Airline Megadeal Showcases the Co-Creation Trend Boom.

A couple of other notable examples of customers morphing into cloud vendors are Walmart and Goldman Sachs—and to demonstrate how widespread this trend is becoming, can you imagine two more wildly different companies on the entire planet?

Walmart is taking the lone-wolf approach and is aggressively converting its vast and deep experience and expertise in retail, ecommerce, and related logistics into SaaS solutions that will be sold to big retailers across the globe. Now, to me that raises a pretty obvious question: Why would any retailer that competes with Walmart — and most do to at least some extent — willingly buy such products and thereby put more money into the pockets of its competitor?

After all, with the industry-cloud phenomenon noted above in full swing, those retailers can buy purpose-built retail-industry applications from Salesforce, SAP, Oracle, Workday, and others — so again, why buy from a competitor?

This is where the customer-becomes-vendor game gets very interesting: Is it possible that market leaders like Walmart will be able to parlay their billions of dollars in IT and related technology investments into solutions that even competitors feel are the best products on the market?

Meanwhile, Goldman Sachs — the ultimate white-shoe Wall St. investment-bank icon — is now a cloud vendor! Yes indeed, the Goldman Sachs Cloud for Data is powered by AWS and is an ideal example this new generation of cloud services that brings together the best of both worlds: the industry-specific knowledge and future aspirations of the customers, and the technological capabilities of world-class cloud vendors eager to move to higher ground as, indeed, “every company becomes a software company.”

Within SAP, the work the company’s doing in the auto industry is another showcase of this powerful trend as it pulls together essential data from all layers of the value chain both upstream and downstream from the auto companies themselves. The ability to be the source of gravity for that data is a huge boon for SAP, and the company’s perfectly positioned to do more of the same in chemicals, pharmaceuticals, manufacturing, and other industries.

In manufacturing, SAP is taking advantage of the booming demand for enhanced digital solutions ranging from procurement to the factory floor to data-powered warehouse management and distribution. But on top of that, SAP’s initiative is also pushing the company more deeply into this wild new world of co-creation with customers — and in this instance, with perhaps the world’s best-known company: Apple.

For use in the dazzling new world of digital supply chains, SAP — in close concert with longtime strategic partner Apple — has recently introduced two new iPhone apps, both of which are available on the Apple App Store:

And then over at Oracle, no less than Larry Ellison has vowed that the company will work with “partners” (developers, ecosystem players, and also customers) to create what he has called “a new generation of B2B cloud services” across financial services, healthcare, telco, and other industries.

Finally, consider this macro-level perspective from Microsoft CEO Satya Nadella, who’s been saying for the past year or more that while IT spending currently makes up 5% of GDP, that figure will double to 10% within the next several years!

Now, it’s possible — quite unlikely, but possible — that the stupendous increase foreseen by Nadella will all be centered around traditional LOB apps like ERP, CRM, and HCM. But while possible, that scenario is about as likely as businesses once again becoming builders and operators of in-house data centers.

A much more plausible explanation is that IT will become increasingly pervasive and essential across every department and function and process in large, mid-sized, and small businesses. And that the knowledge to create all that new software that will make up an astounding 5 more points of GDP will require those businesses to continue to become not just consumers of software made by the software industry, but to become creators of software themselves.

As that happens, customers becoming cloud vendors won’t be seen as a bug—rather, it’ll be a powerful and pervasive feature.