Cloud Wars Top 10: Who’s the Hottest of Them All? 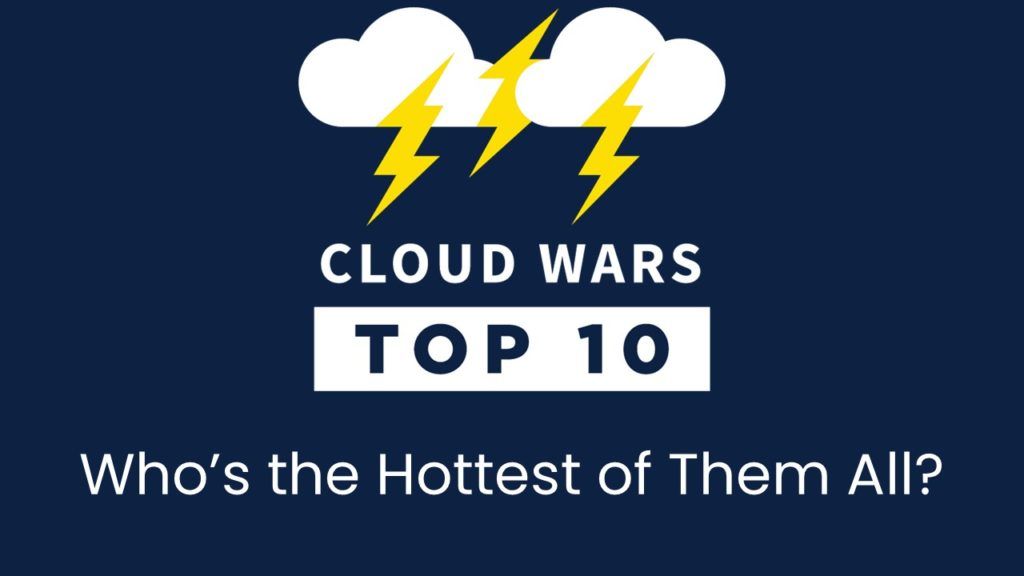 The Cloud Wars Top 10 chalked up almost $70 billion for the first reporting period of 2022 with growth rates ranging from Google Cloud’s 44% to IBM’s 17%, with powerful customer demand fueling ongoing strength across the board.

And lest I forget, unicorn-y Snowflake added extra luster to the first-period lineup with an otherworldly growth rate of 102%—but since its revenue for the quarter was “only” $360 million, I slotted it in the #10 spot on my chart but also gave it two asterisks just to show I’m a fair-minded guy.

Some Thoughts on These Big Numbers

It’s important to bear in mind that these eye-popping revenue volumes and growth rates are not taking place in some hypothetical realm but are instead very tangible manifestations of the stupendous demand for cloud solutions among businesses across every industry and every region of the world.

The leaders of those businesses are looking to reimagine business models, optimize their digital futures, accelerate their growth decisions, and dazzle their customers and their employees—and if that sounds like a good set of priorities for you, then please join us at Cloud Wars Expo June 28-29-30 in San Francisco for a 3-day exploration into how to achieve all of those objectives. We promise it’ll be unlike any event you’ve ever attended—built around your priorities, fast-paced and dynamic, and focused on growth and opportunity and reimagination rather than miles and miles of product aisles. We hope you can join us—register here!