How Crosschq Improves Hiring Quality With Automation and AI 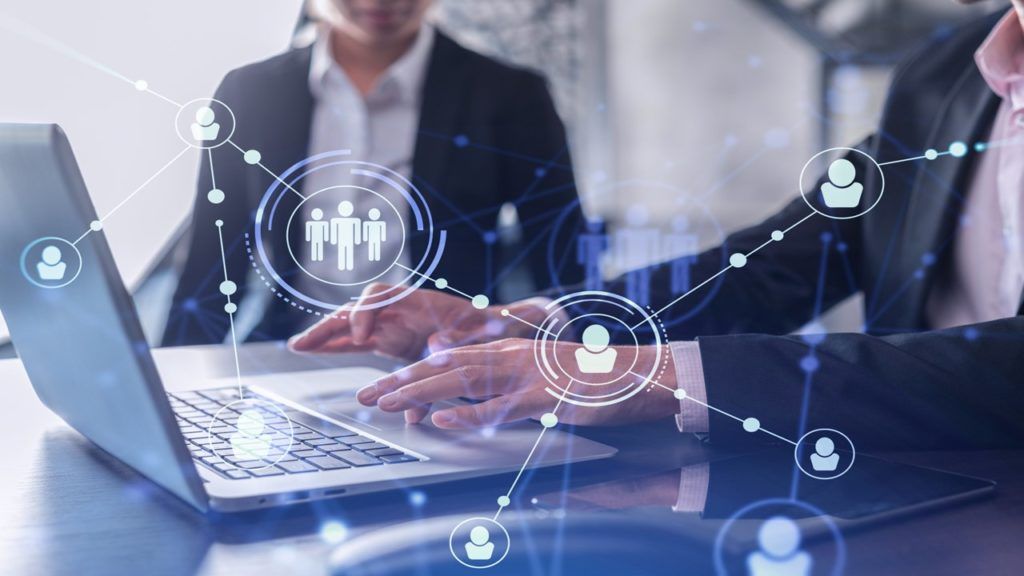 There are (at least) three factors that require companies to become more efficient and more successful with their hiring practices, and to do so in the near term:

Those objectives are lofty, but company leaders also had personal experience that influenced their decision to start the company: two poor hires at a critical juncture in the development of a previous company. “We never recovered from those two decisions,” says Mike Fitzsimmons, one of the startup’s two co-founders. “Because of the lack of data in hiring, and the fail rate in hiring, we decided to take on the problem.”

With $38 million in venture capital funding, 85 employees, and an impressive roster of high-profile investors and customers, Crosschq is taking on the problem with vigor. It’s part of the SAP.io startup accelerator program. Investors include Slack (now part of Salesforce), SAP, and a number of professional athletes, including four-time NBA champion Klay Thompson of the Golden State Warriors, who has invested with Fitzsimmons more than once.

“You think it’s just you and you start poking around and realize hiring has a 46% fail rate which means 46% don’t cross the line of becoming ROI positive. It’s the company killer no one talks about.”

Crosschq has developed a suite of applications that complement core HR management systems, such as those from Workday and SAP, while automating many of the core functions of the interviewing, recruitment, and reference checking process. It refers to its AI-driven system as Talent Intelligence Cloud. A breakdown of the system’s applications and their functions is below.

The company describes the traditional reference check process as subjective, providing poor visibility into the likelihood of future success. Its application automates — and reimagines — reference checking in the following ways:

The Recruit application is used by employers to build a candidate referral network, helping to source qualified, active candidates among the references for current candidates. It will reduce a team’s hours spent on sourcing through an opt-in network of qualified candidates who are ready for their next job. Those opted-in candidates are the managers, peers, and reports of the talent you’re already looking to hire.

Data about candidates in Recruit is enriched with past performance, education, and soft skills details. It includes recruiter feedback for visibility into highlights and any potential red flags.

Analytics provides over 80 out-of-the-box Quality of Hire reports with insights (including supporting visualizations) into the success and quality of new hires to help an organization measure its hiring success.

The application tracks Quality of Hire, performance, and retention among hiring cohorts. Data can be analyzed by candidate source, recruiter, department, demographic, and more. Employers can determine their most effective hiring channels, understand which interview panels are most effective at predicting top talent, and highlight potential high performers, as well as “quick quits” to keep HR ahead of the curve.

The data can also be used to benchmark against other, similar companies and measure savings that are being realized.

TalentWall is software that converts a candidate pipeline into a real-time, interactive card wall for an at-a-glance view of pipeline health, offer-acceptance rates, interview data, and other key drivers of the talent recruitment process.

The Talent Wall technology was acquired along with a company of the same name in May of this year.

Layoffs are an unpleasant fact of life. But companies can be supportive and manage to maintain brand loyalty even through challenging organizational situations if they display empathetic behavior and practices.

Assist provides support for departing employees in the form of connections with recruiters in hiring organizations by sharing their LinkedIn profiles and offering them the ability to opt-in to Crosschq’s sourcing database.

One of the most impressive aspects of Crosschq is its broad and deep customer base: It has 450 customers today; the greatest concentration (40%) is in tech companies, followed by healthcare (15%). Fitzsimmons says the company has a reference account in every major vertical industry — that’s not your typical startup.

One of those reference customers is Flagship Pioneering, whose reference checking process had become cumbersome and time-consuming. The company’s need was greater speed in the process and a more robust data set on candidates to make the right hiring decisions. The existing process was fully manual (phone calls, emails) with no central repository for providing feedback and updates.

The Future and Final Thoughts

Crosschq has a broad suite of applications that add value throughout the recruiting and hiring process while supporting the bi-directional flow of data to Workday and SAP HR systems. With its broad customer base, appetite for acquisitions, and experienced startup leaders, this is a company that bears watching closely for updates, major customer wins, alliances, and more.

My Business Agility Is Outpacing My Partner’s. What Do I Do?