If you missed the Expo or just want to catch up on sessions you were not able to attend, then you’re in luck. We recorded more than 40 hours of education sessions from the event, which are available for free to Acceleration Economy subscribers. We’re also previewing the content in this series of Moments, which feature highlights from each session.

In this Cloud Wars Expo Moment, excerpted from the Cloud Database Battleground conversations, Redis Chief Product Officer Tim Hall discusses how the organization enables real-time applications and what the process looks like.

00:16 – Hall explains that only Redis enables real-time at scale. He says the organization can “get 200 million operations per second at less than one-millisecond latency,” and he is unaware of another company that can do that.

00:51 – Redis has clarified what its usage pattern looks like and what its response is in the instance that its infrastructure fails. Hall says that a real-time application can look like a denial service attack.

01:22 – Redis is available across all three cloud service providers and within the marketplace. With more than 10 years running at scale, Hall says customers can “tell them about their workload and they take care of the rest.”

Want to see the rest of this Cloud Wars Expo Cloud Database Battleground with Redis’ Tim Hall?You can access the full discussion, along with more than 40 hours of cloud education content featuring 100-plus speakers at Cloud Wars Expo On-Demand. All content is free to Acceleration Economy subscribers with an on-demand pass. 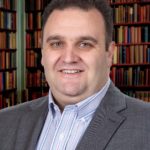