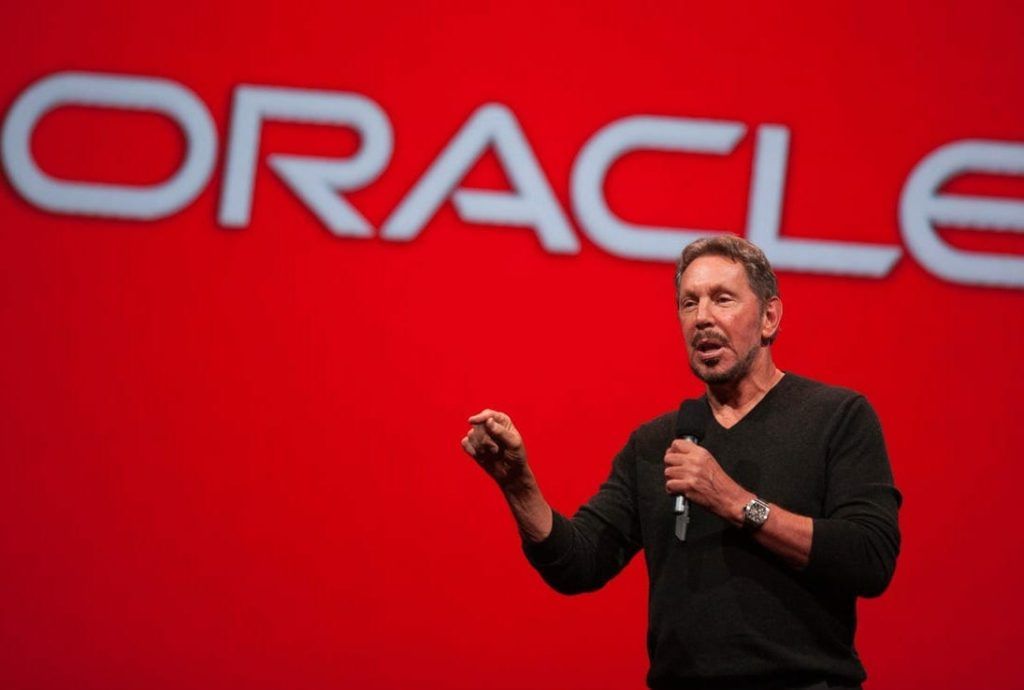 Hammering home his contention that customers like to have choices, Larry Ellison summed up the revolutionary Azure-Oracle multi-cloud agreement by saying it offers “everything Oracle has and everything Microsoft has.”

While that “everything” term stretches the facts a bit, the point being made by Oracle’s founder and chairman is 100% true in terms of Oracle’s various databases and Microsoft’s related analytics and AI services. On that front, it is indeed a massive breakthrough that offers great new capabilities and flexibility for customers and will challenge other cloud vendors to dramatically boost their levels of multi-cloud capabilities. (I offer a high-level analysis of this emergent trend in a Cloud Wars Minute episode from last week called Oracle and Microsoft Collaborate to Create Multi-Cloud Magic).

Ellison made the comments in a YouTube video released by Oracle last week in tandem with a separate but related video conversation between Ellison and Microsoft CEO Satya Nadella about the customer benefits of their multi-cloud breakthrough. I’ve explored the sweeping implications of the Ellison-Nadella conversation in How Satya Nadella and Larry Ellison Are Defining Multi-Cloud’s Future, with the main one being that this breakthrough move by Oracle and Microsoft will soon become the norm rather than being an outlier.

In the Ellison-only video, the Oracle chairman and CTO departs from his typical focus on new products and technology and instead describes how, from the perspective of customers, the new Oracle-Azure multi-cloud will:

“I think Oracle and Microsoft are excited about this whole concept of multi-cloud,” Ellison says in his opening line.

This is a huge step forward from the original “cloud interconnect” service the two companies announced two years ago. Ellison gave a great example of how the new Oracle-Azure multi-cloud is superior to what that initial collaboration allowed.

Referring to the project from two years ago, Ellison said, “We did interconnect the clouds, and not only that, but we located the clouds very close together so the performance would be great, the bandwidth would be great, there’d be very low latency. It was as if the two separate cloud data centers were really one cloud data center, and they almost were — they were right next to each other. So you could interconnect the Oracle services to the Microsoft services,” he said.

But all of that, Ellison said, has changed with the dramatically different multi-cloud service.

“Now, we create the illusion that there’s just one cloud. You log on to Azure and suddenly in Azure you see — well, my favorite example is the Oracle Autonomous Database.”

Yes, you heard that right: Larry Ellison is explaining — quite happily and enthusiastically! — how the product that he has called one of the two most important products in Oracle’s history can run in the Microsoft Cloud. Not only that, but the Oracle Autonomous Database “in all its glory” appears to the user to be an Azure service!

Hey — has anybody seen the latest weather report from Hell? Makes me wonder if maybe icebergs are forming. Because the idea of the hypercompetitive Ellison allowing his pride and joy Autonomous Database to run anywhere outside of Oracle and only Oracle stretches the imagination….

But perhaps that’s being unfair to Ellison, who for the past 15 years has been overseeing a complete overhaul of Oracle’s entire massive product portfolio to the cloud. More recently, the company has, in parallel, radically changed its sales and go-to-market processes to align with the cloud model and mindset, and so perhaps I should not be surprised to see that the ultimate nonconformist Ellison is zigging when expected to zag.

As I mentioned above about the Ellison-Nadella conversation, customer issues dominated Ellison’s solo video as well. Here he explains that the massive overlap among Microsoft customers and Oracle customers made the multi-cloud initiative almost a no-brainer.

In his closing comment, Ellison came back again to the issue of giving customers lots of choices — and he even harkened back to the on-premises world as an example of how customers almost always deployed products and services from multiple vendors because it gave them more flexibility and more opportunities to run the best solution for a given process or function.

“Customers are very excited about this because customers like choices, and you can see that in their own data centers,” he said.

“But you’ve got to make that a very graceful coexistence between Oracle services and Azure services. And that’s what we’ve done. That’s the work we put in.”

“Now it’s easy to migrate from on-premise to the cloud. It’s easy to pick the best persistent data store with the best analytic tool and use them together regardless of who the supplier is. Customers like that.”