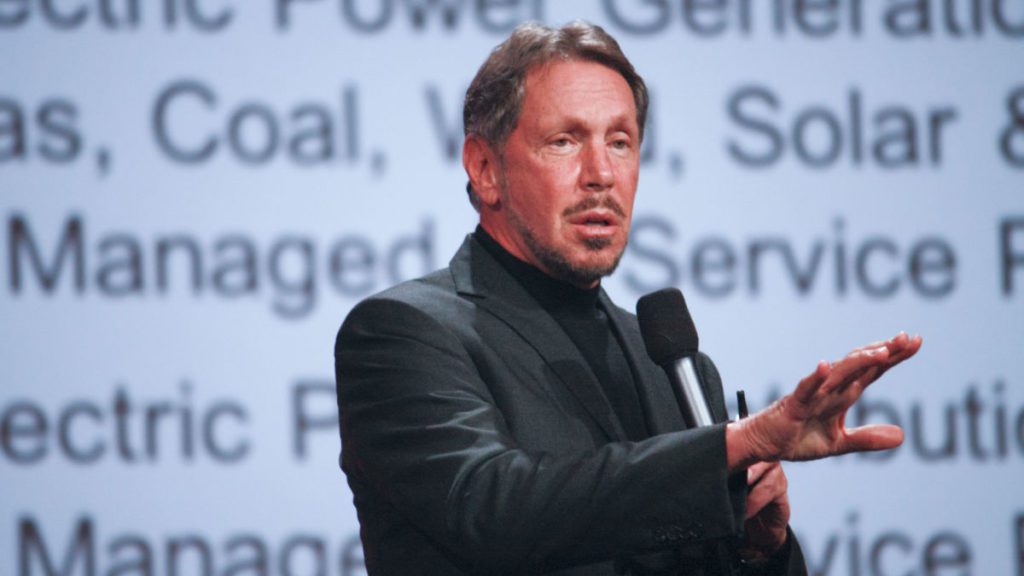 Cranking up the intensity in an already wickedly competitive market, Oracle delivered a blowout Q1 with not only cloud-revenue growth of 45% but also an audacious promise from founder Larry Ellison to begin snatching customers away from infrastructure category king Amazon Web Services.

While total cloud revenue is, of course, the ultimate benchmark, one of the ways that companies get to be the head bull-goose loony in their category is by growing faster than their competitors. That might seem obvious, but that’s also the precise reason why it’s such a big deal that Oracle’s cloud growth rate is so much higher than those of the other big cloud vendors.

In addition to outgrowing your rivals, here are a few other checklist items for seizing head bull-goose loony status:

Over the past few years, Oracle’s quarterly earnings calls have generally offered some broad comments and a few details about its SaaS business, but far less insight into the state of its infrastructure business. That changed dramatically in the quarter ended August 31 as the company’s excellent performance in SaaS was upstaged by even gaudier numbers for OCI:

Those are all pretty nice numbers and add up to a cloud-applications business with an annual run rate of more than $10 billion. But it was the infrastructure numbers that revealed the new hypergrowth driver within Oracle Cloud.

Catz addressed the disparity in cloud-revenue size facing Oracle versus Microsoft, Amazon, and Google, and offered an interesting point that, once again, underscores why my Cloud Wars coverage devotes so much attention to growth rates.

“It’s not only that our growth rates are higher than our hyperscaler competitors — maybe you’d expect that because we’re the newest and the smallest,” Catz said before delivering the key point.

“But our growth rates are increasing as we get bigger.

“Our second-generation cloud launched after our competitors’ first-generation clouds so we’ve been able to architect ours more performantly, more securely, and more sustainably. As a result, as many companies test our cloud, they discover how much better it is on all those issues.”

Catz also touched on the increasingly vital matter involving the number of “cloud regions” offered by each of the major cloud infrastructure players, which I explored in a recent piece called Data Center Wars: Oracle Tops Google, Microsoft, AWS in Cloud Regions plus a followup called Data Center Wars Update: Microsoft #1, not Oracle.

While I don’t agree with the conclusion drawn by Catz, perhaps the larger point is that Oracle’s cloud status has grown to the point that it’s no longer surprising to hear the company claim to be at or near parity with the three big hyperscalers.

Here’s the comment from Catz that I’m not sure I agree with: “In addition, we now have cloud regions in more countries and cities than AWS and Azure, giving our customers more choices for their sovereign data.”

But again, the larger point is that Oracle has accelerated its cloud capabilities to be considered a fully legitimate competitor of Microsoft, AWS, and Google Cloud.

Speaking of Amazon, let me return to the teaser I floated above Oracle claiming to be grabbing some serious market share from its competitors. In the Q&A portion of the earnings call, Ellison offered this teaser:

“Safra addressed the issue of modernizing the back office to save money. Let me tell you another way you can save money. I personally have been talking to some of Amazon’s most famous brands that are running at AWS,” Ellison said.

“And their AWS bills are getting very large. So, they can save a huge amount of money by moving to OCI. And I expect next quarter we’ll be announcing some brands, some companies moving off of Amazon to OCI that will shock you. I’ll stop there.”

Now, in classic Ellisonian form, he did not, of course, “stop there” but offered this follow-up later in the call: “The amount of money these huge companies, these very famous companies, spend with Amazon is kind of staggering,” Ellison said.

“Everyone assumes that if I move to the cloud, I save a lot of money. Well, that depends on which cloud you move to. And Oracle is much less expensive than the competition, partially because we’re faster — and time is money when you’re paying by the hour.

“So, again, I’m going to repeat here. We’re talking to the most famous brands that are running at Amazon and some of them are going to be moving.

Ellison’s point about speed is, in fact, the premise of everything we’re doing here at Acceleration Economy, where we believe that in a world that is moving, changing, and evolving far more rapidly than ever before, customer-centric technology is the only way to not just survive but also thrive.

As for Ellison’s claim about snatching some marquis customers away from AWS, we’ll be watching. Because over the years, a lot of people have ridiculed Oracle and its prospects in the cloud, while others have assumed — quite wrongly — that the cloud industry follows the same steady-state laws of physics that govern most of the business world.

But in the Cloud Wars, that’s not the case. In a never-ending battle fought with innovation, customer-centric thinking, and the ability to see the business world not as it is but rather as it is becoming, nobody owns first place — rather, the leader is given a temporary lease that can be yanked at any time.

So, the battle to dazzle customers never ends — and that’s exactly how it should be. That’s exactly why what Ellison and Oracle are doing matters so much.