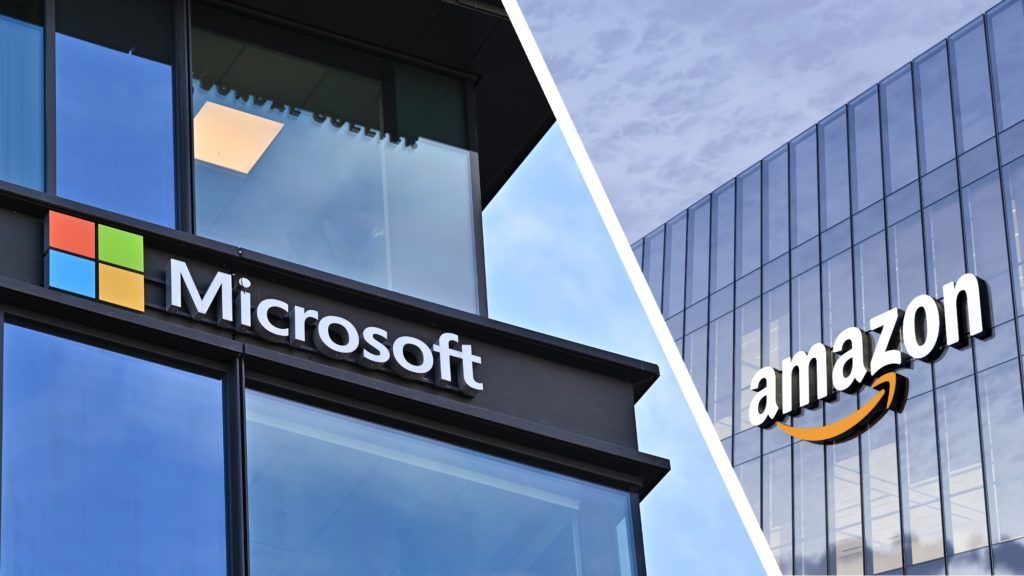 Although Microsoft and Amazon Web Services are two of the archest arch-rivals you’ll ever see, top executives from the two companies are in violent agreement on at least one thing: Business customers are signing bigger and longer-term cloud deals than ever before.

Coming from the world’s two largest and most-influential cloud providers, that’s another powerful endorsement for the massive incursion the cloud is making into the enterprise across industries and around the world.

In their respective quarterly earnings calls last week, both companies clearly emphasized the growing tendency among customers to make larger and more-enduring commitments to the cloud.

On Microsoft’s July 26 earnings call for its fiscal Q4, Satya Nadella said: “Organizations in every industry continue to choose our cloud to align their IT investments with demand. We are seeing larger and longer-term commitments, and won a record number of $100 million-plus and $1 billion-plus deals this quarter.”

After Nadella cited the record number of deals of $100 million or more and also of $1 billion or more, CFO Amy Hood expanded on that trend.

“Our record commitment quarter was driven by increases in the number of $100 million-plus Azure and $10 million-plus Microsoft 365 contracts,” said Hood, adding that commercial RPO (remaining performance obligation) increased 34% (37% in constant currency) to — and you might want to sit down for this — $189 billion. About 45% of that total — roughly $85 billion — will be recognized as revenue in the next 12 months, and that’s up 28% year over year.

On the AWS side, Amazon CFO Brian Olsavsky echoed that bigger and longer trend among customers.

“We’ve seen really good progress with our customer base — longer and longer commitments, really committing to the cloud,” he said, adding that “some of that comes with credits to help them make their conversion to the cloud.”

And just how much longer-term are those new deals?

Fildes said the duration of customers’ commitments is now “about 3.9 years on a weighted-average remaining-life basis.”

Fildes then said that AWS’s backlog is “up 65% year over year, and about 13% quarter over quarter.”