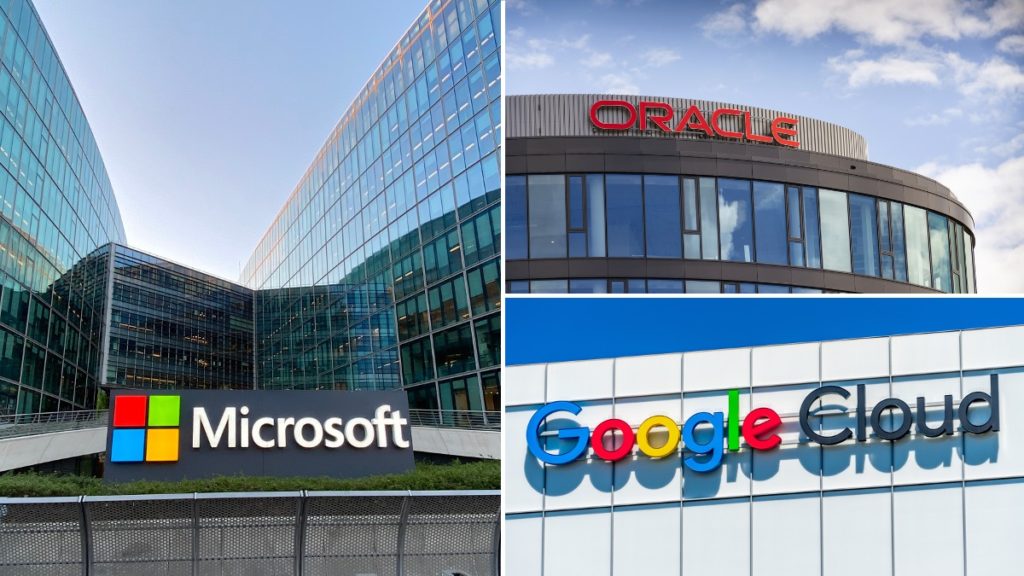 Looking back on a tumultuous Q2 in the acceleration economy, the outsized accomplishments of three great cloud providers stood out: Google Cloud was the high-growth leader with a 36% increase, Microsoft was by far the cloud-revenue champ with $25 billion, and Oracle is ready to explode into hypergrowth.

These blowout achievements come amid some excellent performances from other Cloud Wars Top 10 players:

But let me mention why I think the Q2 achievements of Google Cloud, Microsoft, and Oracle merit special attention.

While this is the first time since Alphabet began breaking out Google Cloud financial details that its growth rate has come in below 40%, Google Cloud remains the growth-rate leader among some very heady and feisty competition in the Cloud Wars Top 10. Further, it did so even while losing Global Field Operations President Rob Enslin, who left to become co-CEO of UiPath.

In reaching a $100-billion annualized run rate for cloud revenue, Microsoft is playing a major role in showcasing just how massive the cloud industry has become: It generated $25 billion in quarterly revenue while also managing to grow an astonishing 28% in spite of the recession and foreign-currency exchange gyrations.

Okay, this one is a bit of a hedge because Oracle has only promised what its big achievement will be — it hasn’t had time yet to fully deliver. That prospective big achievement, which I expect Oracle to nail, is this: About a month from now, when Oracle reports its fiscal-Q1 numbers for the three months ending August 31, it will show cloud-revenue growth of more than 40% and become only the second member of the Cloud Wars Top 10 to still be performing at hypergrowth levels. (The other is Snowflake, which in its last quarter, grew 84% — but because Snowflake’s quarterly revenue of $394 million is so much smaller than that of the other Top 10 companies, I put it in a different category in head-to-head comparisons.) In the second calendar quarter, Oracle scored by doing two market-shaking things: It closed on the acquisition of Cerner, and CEO Safra Catz guided for fiscal-Q1 cloud growth including Cerner of 44% to 47%.

So, in spite of rampant inflation, the onset of a recession, global unrest, and all the investment-pullback such things can trigger, we are still seeing absolutely phenomenal growth and vigor within the Cloud Wars Top 10.

As I’ve noted before, this is a great tribute to these companies but, on a deeper level, it’s indicative of something much bigger: The deep-seated belief among business leaders across every industry that modern cloud technology is the way to fight through the uncertain times and also to be ready to soar when the good time return.

The greatest growth market the world has ever known? Oh, you betcha!