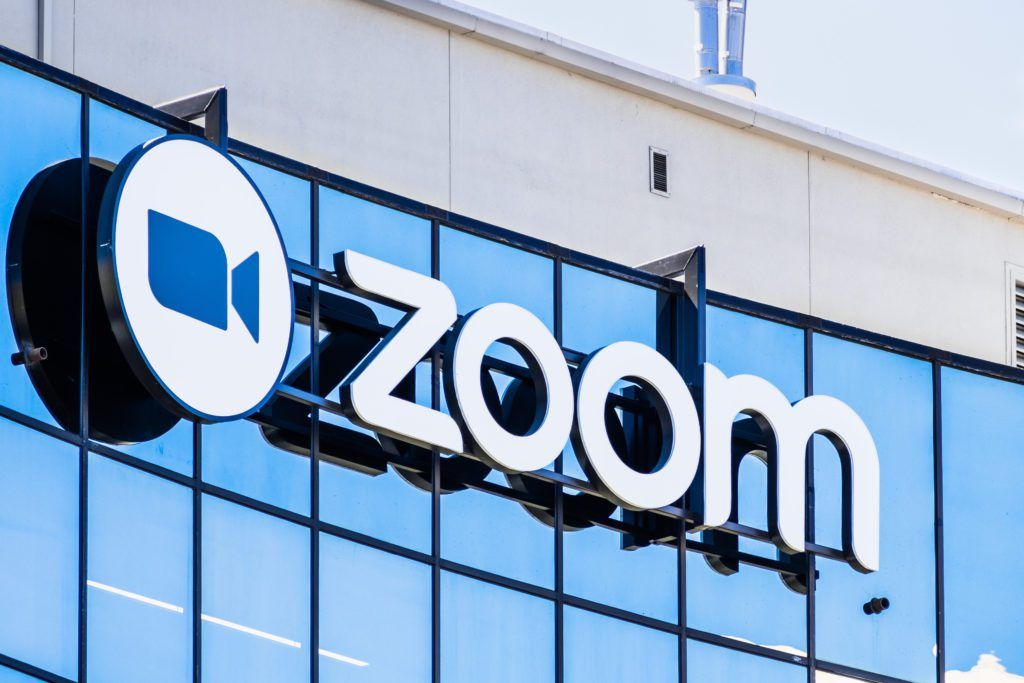 Cloud Wars has not traditionally covered vendors outside of the Cloud Wars Top 10 but that’s changing. Starting with this coverage of Zoom’s earnings, we’re launching expanded coverage called Cloud Wars Horizon. Stay tuned for more details in the days to come.

The number of Zoom customers contributing more than $100,000 revenue in the trailing 12 months grew 46%, to 2,916; those customers represented 24% of revenue, an increase from 19% year over year. Zoom defines an enterprise customer as a distinct business unit that has been engaged by either Zoom’s direct sales team, channel partners, or independent software vendor partners, and its performance metrics increasingly focus on those enterprise customers.

Revenue rose 12% to $1.074 billion and adjusted profits were $1.03, down 22% year over year but well ahead of estimates. The company issued a strong full-year forecast, citing continued strong demand from those enterprise customers.

Analysts give Zoom high marks for its execution (it’s a “great performing company“) though the stock price has been pounded like so many others.

The company increased non-GAAP gross margin year over year and quarter over quarter by actively managing its public cloud spend and increasing its number of co-located data centers.

Gross margins were 78.6% in Q1 vs. 73.9% one year earlier and 78.3% last quarter. “Given the improvements we are seeing so far this year, we expect gross margins to be in the range of 76% to 78% for the remainder of the year which is higher than our previous view of the mid-seventies,” CFO Kelly Steckelberg said, crediting the company’s DevOps team with the aggressive management of cloud spend.

It’s incumbent on cloud-based businesses like Zoom to place a sharp focus on cloud costs and Zoom is doing just that. An increase in nearly 5 percentage points of margin year over year at Zoom’s scale translates into tens of millions of dollars dropping to the bottom line. Zoom has stated publicly in the past that it uses cloud infrastructure from both AWS and Oracle.

One startup has emphasized the benefit of focusing on cost efficiency when it comes to managing cloud services, and major cloud businesses including Airbnb and Lyft have similarly noted major cost savings by optimizing cloud spend. Zoom’s results validate that premise in a big way.

Customer wins with Humana and TeamHealth speak to Zoom’s ability to navigate the complexities that permeate the health care field while also driving its business forward.

Humana has extended its relationship with Zoom to include approximately 24,000 Zoom Phones to integrate voice and video. TeamHealth, a large physician practice, also added thousands of Zoom Phone licenses to its existing use of Zoom Meetings, Zoom Webinar, and Zoom Rooms.

Zoom execs reported minimal to no disruptions or slowdowns in customer demand so far based on macroeconomic conditions. Steckelberg noted: “If they’re limiting spending, it’s focused more on hiring or travel and, of course, Zoom is a great alternative,” she said. “We really haven’t seen that to date.”

For its part, Zoom continues to invest in innovation, hiring aggressively as it continues to ramp up R & D investment, Steckelberg says.

The recently acquired Solvvy contact center technology is providing a significant competitive edge and differentiation thanks to Solvvy’s AI capabilities that help contact center agents engage customers in personalized, conversational ways. “We have AI that competitors don’t, and we’re doubling down on that,” chairman and CEO Eric Yuan said. The company cited market research indicating that conversational AI is projected to be an $18 billion market by 2026.

The company reached a total of 3 million Zoom Phone seats sold during the first quarter. In addition to the healthcare customers referenced previously, Avis Budget Group added 10,000 Zoom Phones during the quarter.

With a raft of new products and a set of impressive customer wins, Zoom continues to execute Yuan’s strategy “to move into adjacent workflows, both horizontally and vertically, in order to ensure our customers are getting more and more out of our platform.”

Between a bullish outlook and a strong focus on managing cloud expenses, Zoom delivered an upbeat message that shows enterprises continue to invest in the cloud technologies that can help them dazzle their customers.