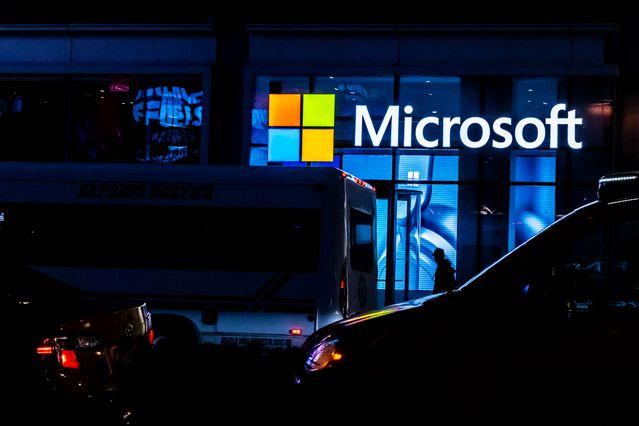 With its fiscal-year cloud revenue almost reaching $70 billion on broad-based growth across its high-performance empire, Microsoft disclosed 10 compelling numbers last week that reveal why it is the world’s #1 cloud provider by a wide margin.

Let’s take a look at those 10 powerful numbers disclosed by CEO Satya Nadella and CFO Amy Hood, and assess why each matters.

Asked by an analyst about the durability of the currently strong market, Nadella said, “I always go back to that number, which is 5% of the world GDP is tech spend. It’s projected to double. I think that doubling will happen in a more accelerated pace.”

So Nadella’s a big believer in what he calls “tech intensity,” which he describes as a company’s ability to not only consume enterprise-level software created by the software industry, but also create its own code in an increasingly sophisticated and widespread fashion. With every facet of every large organization increasingly dependent on IT, Nadella makes a persuasive argument about why IT will go from 5% to 10% of GDP sooner rather than later.

Commercial Cloud revenue in fiscal Q4 was up 36% to $19.5 billion, and for the year jumped 34% to $69 billion. And for Q4, Azure revenue was up 51%. Nadella and Hood both emphasized that by having an extremely wide range of cloud services and solutions swarming Azure, they are able to address a wider range of customer requirements and desires.

The Teams phenomenon continues to expand at a breathtaking pace:

Dynamics 365 revenue was up 49%, marking the third straight quarter of accelerating growth. Replying to a question about the growth of Dynamics 365, Nadella said, “One of the most exciting things we’re seeing is that coming out of this pandemic, there is an absolute new chapter for a complete new suite, all the way from whether it’s sales to customer service to marketing to supply chain or digital manufacturing that’s all going to be reimplemented. There’s going to be a complete new cycle of business process automation that is going to be AI first and collaboration first.”

8. The Compounding Effect of the Cloud

Among the Fortune 50, GitHub (acquired June 2018) is being used by 72% (36 out of 50) of the world’s largest corporations to build, ship and maintain software. For LinkedIn (acquired June 2016), revenue in the 5 years since the acquisition has tripled to $10 billion, and it now has 774 million members.

Microsoft said its venerable on-premises server business grew a remarkable 16% in the quarter. For fiscal Q1, Hood offered guidance of revenue growth in the “high single digits, driven by demand for our hybrid and premium-annuity offerings.” Now, 16% and “high single digits” might seem like pretty thin stuff compared to the big fat numbers Microsoft’s generating elsewhere, but remember: this is for an on-premises servers business!

Great, great performance by Microsoft—hats off to Nadella & Co.