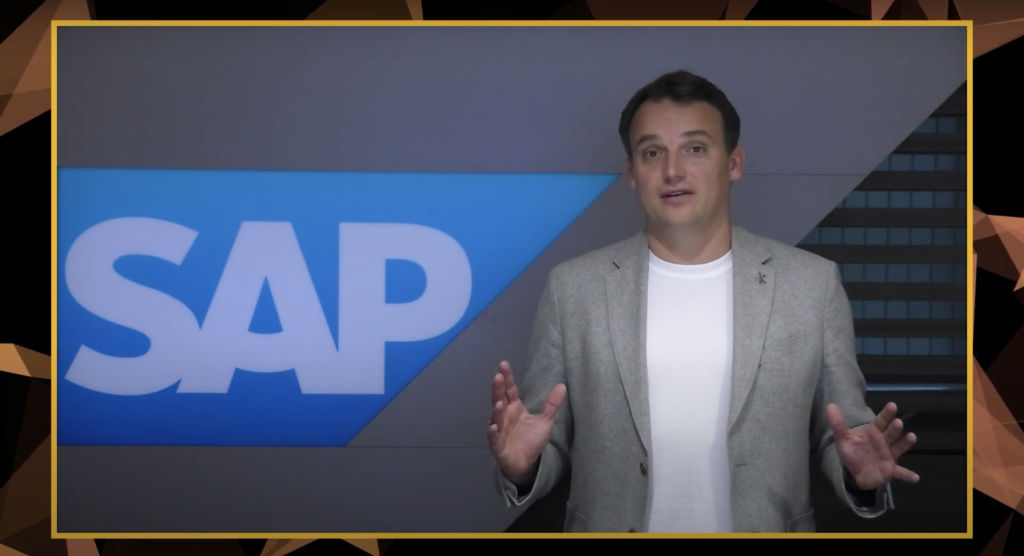 If a true indication of a winner is how they react to adversity, then SAP and CEO Christian Klein have a chance to bounce back aggressively in the wake of Wednesday’s jarring disclosures from Larry Ellison about customer defections to Oracle.

It was 15 months ago when Ellison began raising the specter of converting some of SAP’s big ERP customers, and for 15 months SAP leaders dismissed or pooh-poohed Ellison’s strident claims as nothing but talk.

In a way, I can understand that public reaction because, over those 15 months, Ellison offered neither company names nor details of any kind—only ominous promises that SAP’s day or reckoning was coming.

In fact, it got to the point that after 5 quarters of threatening to blow SAP’s house down, Ellison began to look a bit silly as his “any day now” forecasts rolled on without any corresponding action shared with the public.

Here’s a chronological summary of our primary coverage of this competitive battle over that time. What always interested me much more than the war of words were these questions: Can Ellison really make this happen? And if so, what does SAP do about it?

And then came Wednesday’s earnings call. Ellison unleashed hell on SAP, reeling off a detailed and carefully segmented list of about 100 SAP customers that over the past couple of years have switched some or all of their applications from SAP to Oracle Fusion.

I say “unleashed hell” because Ellison opened his prepared remarks by using, to devastating effect, one of those dismissive SAP denials to which I alluded above. Simultaneously, Ellison offered a nice hat-tip to Cloud Wars for having surfaced that denial in an article called Oracle-SAP Showdown: Is Larry Ellison Crying Wolf over Snatching SAP Customers?

Thank you, Safra. Three months ago, Bob Evans posted an article on the Cloud Wars website in which he quotes SAP’s CFO, Luka Mucic, making the following statement at an investor conference. And I quote, “I have checked and we have not lost a single ERP customer to Oracle.” In other words, after personally checking, SAP’s Chief Financial Officer could not find a single example of an SAP ERP customer moving to Oracle Fusion ERP, not one. Perhaps he should have checked a little bit more carefully.

Earlier in this article, I noted that I can fully understand that SAP’s public stance on Ellison’s quarterly promises of mass defections was to dismiss them out of hand.

But surely, I thought, if Oracle is indeed starting to lure customers away from SAP to Oracle Fusion, then SAP will be preparing a counteroffensive. It will be able to clearly articulate how everything is fine, this is part of the ebb and flow of business, and we at SAP are racking up some massive cloud wins of our own.

In fact, here is the comment I was given by SAP last evening regarding Ellison’s earnings-call commentary:

“We’ve heard this before and it’s as spurious now as it was then. Our priority is driving our customers’ success, not putting them in the middle of a public relations battle. And our numbers speak for themselves: Our increasing ERP market share is by now approximately double that of our closest competitor.”

In addition—and I have to say I was baffled by this—SAP supplied some Gartner market-share research as the source for that claim. But the data offered by Gartner is for calendar 2018! Back then, Gartner estimated, SAP’s ERP business totaled $7.7 billion, while Oracle’s was $3.9 billion.

If the best evidence that SAP can offer for its current position in the highly strategic ERP market is data from 2018, then I think SAP needs to be on the lookout—quickly!—for some new data.

So back to the Oracle earnings call.

Ellison swung into full attack mode while also being appropriately meticulous in framing the precise nature of the customer commitments to show that some were big-time, multi-product moves while others were smaller, point-solution changes.

In Q3 alone, we signed contracts totaling hundreds of millions of dollars to migrate several very large SAP ERP customers to Oracle Fusion ERP. But this was not just a recent Q3 event. This has been going on for a couple years. I’m now going to go and present a list of over 100 companies and government agencies that have already moved from SAP ERP to Fusion ERP or currently in the process of doing so.

And then, relishing every single customer-conversion anecdote, Ellison cited, often in detail, about 100 customers that have made that move.

This puts SAP in a particularly tough spot for a variety of reasons. But the good news for SAP is that they’re now in or very close to their end-of-quarter quiet period. They can buy some time to decide exactly how—not if, but how—to address this when SAP releases its Q1 earnings about 5 weeks from now.

Here’s a 5-step plan I would recommend for how SAP should present its cloud story on that forthcoming Q1 earnings call.

Yes, it might be tempting to try to somehow explain or talk around Ellison’s barb about how, late last year, your CFO said in a public forum that he had “personally” checked and that no ERP customers were switching to Oracle Fusion ERP. There’s nothing to gain and much to lose by calling attention to that.

Focus on big customer challenges that SAP handles better than anyone else on Earth—including Oracle. Spell that out not in some product-brochure jargon but rather in the voice of your customers. Explain how SAP is enabling them to do things never before possible and positioning them to thrive in the emerging digital economy.

You’ve got many world-class customers with whom you have 20-year or even 30-year relationships. Ask them to share with the world the value SAP has created for them and how it is enabling them to transform from the great physical-world companies they used to be to the extraordinary physical/digital hybrids of tomorrow.

With that foundation in place, leverage the fantastic customer-trend news that CEO Christian Klein touched on briefly during your Jan. 29 earnings call: “We also saw a massive number of highly important customer wins this quarter, some of them again competitive replacements. In the ERP space alone, we have more than 200 wins against Oracle.”

You surely don’t need to describe all 200, but how about 10-15 fantastic ones? That’s only about 7% of those 200—and surely 7% will eagerly step forward and allow you to share with the world why they said no to Oracle and yes to SAP—right?

Don’t play the “my ERP is better than your ERP” game. Instead, show how and why SAP has unique capabilities, assets and vision to help customers not just survive but thrive and grow and prosper and innovate in the next 5 years. That could include the Business Network, the Industry Cloud, the new CORE program, your Business Technology Platform and the potential of the unmatched troves of data that SAP has helped the world’s largest corporations to manage and mine for the past few decades.

Nobody likes getting blindsided, but from time to time it happens to us all.

The bigger issue is not that you got knocked down—it’s what you do when you get back up.