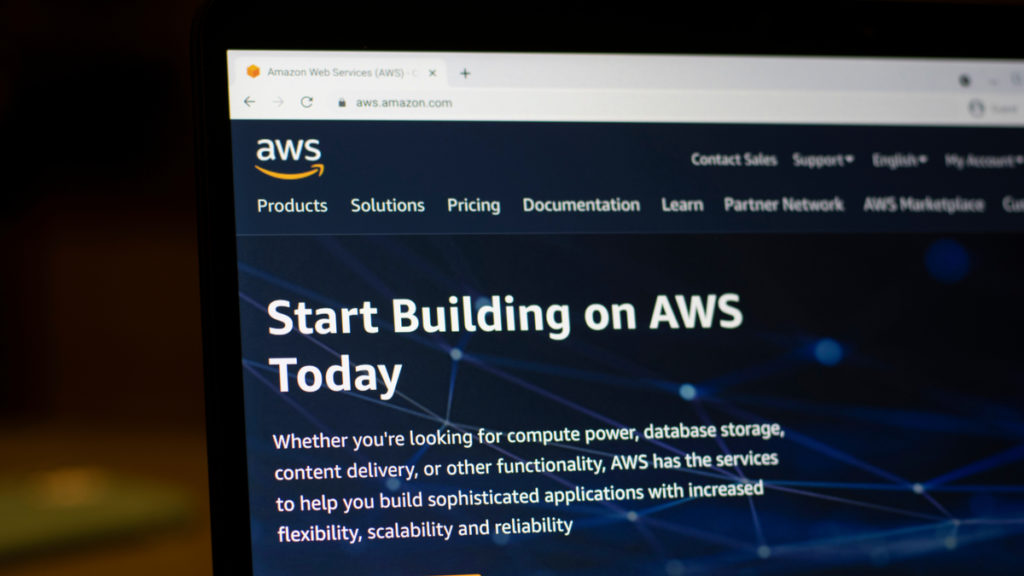 For the first time in more than 3 years, Amazon Web Services has overtaken Microsoft as the cloud-industry growth leader, capped by a Q4 thrashing in which AWS outpaced the growth rate of Microsoft’s cloud business by a whopping 25%.

While those Q4 numbers are stunning all by themselves, they take on even greater magnitude when viewed as part of an ongoing trend that began in Q2. Look at the numbers for each of the past 3 quarters:

The Q2 numbers could have been dismissed as a one-time thing, and the differential of a single percentage point—while clearly significant—was hardly overwhelming.

Then came Q3 and AWS did it again, except by a bigger margin: 3 percentage points. On top of that, while Microsoft’s growth rate stayed flat from calendar Q2 to calendar Q3, AWS’s jumped up to 39% to put it on the border of hypergrowth. (I’m using the designation of “calendar” quarters because Microsoft’s fiscal year begins July 1 and runs through June 30).

Is this all noise or signal? While the results from just Q2 or even possibly Q2 plus Q3 could possibly be construed as noise, the inclusion of the resounding results from Q4 clearly and unmistakably push this development into the signal category.

To further comprehend the astonishing run AWS is making at Microsoft’s market leadership—underscored in its position as #1 on my Cloud Wars Top 10 for the past 3 years—let’s look at a different but parallel set of numbers. And if these numbers haven’t been sending a metajolt through the executive ranks at Microsoft, then I’ll be a Cleveland Browns fan.

As I mentioned, until Q2, Microsoft was consistently expanding its lead over AWS in total cloud revenue because Microsoft Cloud revenue was growing at a higher rate than AWS revenue. But that worm has turned, and that worm appears to be voracious.

So for the year, Microsoft’s cloud revenue was 29% higher than Amazon, with a revenue delta for the year of $17.8 billion.

For calendar Q1, Microsoft’s growth rate was 33%, while Amazon almost matched that at 32%. For the quarter, Microsoft Cloud revenue was bigger by $4.2 billion.

For Q2, AWS grew at a faster rate, even though this was Microsoft’s fiscal Q4 and it was pulling out all stops to finish the year with a boom.

For calendar Q3, Microsoft had the same growth rate of 36% as in Q2, while AWS boosted its growth rate by 2 points, from 37% to 39%, and began knocking on the door of hypergrowth territory of 40% and above.

For calendar Q4, AWS (40%) outgrew Microsoft Cloud (32%) by a shocking 25%. On top of that—and as a result of that—AWS almost matched Microsoft Cloud in quarterly revenue for the first time in forever: AWS $5.1 billion, MSFT $5.4 billion.

As it happens, I don’t believe in coincidence. So if we ask ourselves what in the hell triggered this remarkable resurgence for AWS and this intense gut-check for Microsoft, we would be very silly indeed if we did not note that Adam Selipsky took over as CEO of AWS 0n May 17, exactly halfway through Q2. Granted, that’s an incredible amount of impact in an incredibly short period of time to chalk up to one individual, but as we say in Brooklyn, “I’m not sayin’—I’m just sayin’.”

Isn’t unfettered free-market competition wonderful? Look at what we have here: two of the biggest and best-known and most-influential and wealthiest companies on Earth driving massive innovation and customer value in the greatest growth market the world has ever known.

And just to add a little more fuel to this inferno, don’t forget that Google Cloud is growing even more rapidly than AWS and has been for several quarters.

So as those 3 titans slug it out for leadership in winning the hearts, minds, and wallets of customers, bear in mind that the biggest winners of all—by far!—are the business customers who reap all the benefits from all that competitive drive for excellence.

And that, my friends, is what the Cloud Wars are all about.

Watch our latest Lightning Strike video to find out what cloud vendor is destined for the top: AWS Cloud Revenue up 40% vs Microsoft at 32%; Is there A New Cloud Wars Top 10 Leader?