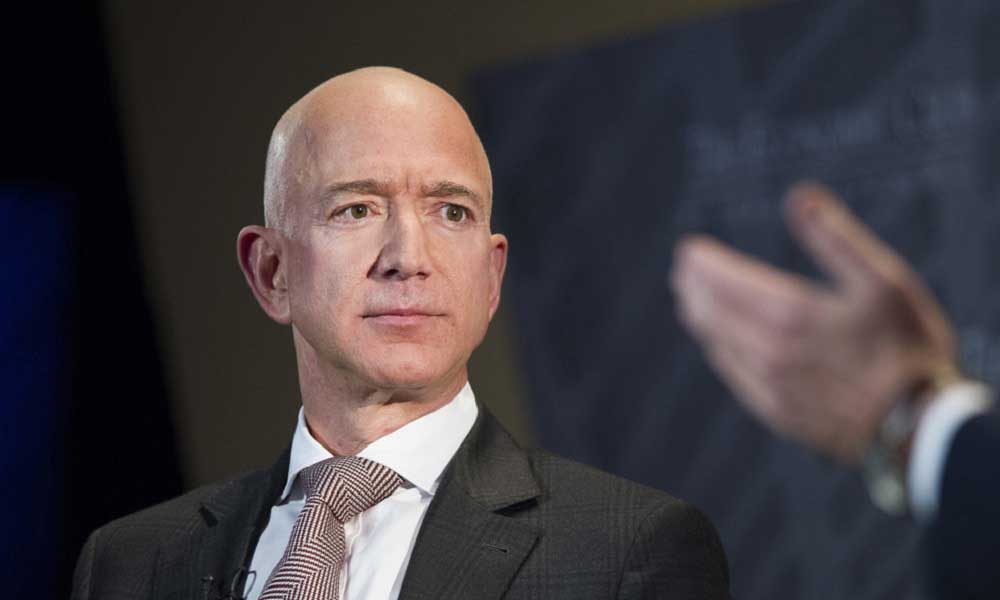 While Amazon’s AWS cloud unit has an excellent chance of blowing past $50 billion in revenue in 2021, the surging and superior results from Amazon’s “traditional” businesses might well provide Jeff Bezos with the impetus to spin out the superstar cloud unit next year.

(On my weekly Cloud Wars Top 10 rankings, Amazon is #2 behind #1 Microsoft and ahead of #3 Salesforce.)

For the past several years, Amazon’s third business unit—AWS—was Jeff Bezos’s superstar as it dominated the cloud-computing category created and driven by AWS CEO Andy Jassy and team.

During that time, AWS was not only the high-growth revenue star within Amazon, but it also managed to be the profit engine for the entire company as it supplied Bezos with the capital and equity to expand Amazon’s core businesses widely and aggressively.

But, in the end, gravity is not just a good idea—it’s the law.

And like all high-flyers, AWS’s remarkable upward trajectory has become a bit more Earth-bound over the past several quarters. I go into more detail on that in Inside Amazon: 3 Reasons AWS Is No Longer Jeff Bezos’s Growth Engine.

There’s nothing wrong with that—it’s also what’s happening with Microsoft and every other company in the Cloud Wars Top 10.

The difference is that in almost every case, those companies are not part of a huge global corporation with a variety of other non-cloud businesses.

The only exceptions are Google, where Google Cloud remains (along with YouTube) as the primary growth engine of the parent company, and Microsoft itself.

But at Microsoft, the cloud now accounts for almost 41% of the company’s overall revenue—the highest percentage it has ever achieved. For AWS and Google Cloud, the respective slice of parent-company revenue is much smaller: in Q3, AWS made up 12% of Amazon total revenue, and Google Cloud made up less than 8% of parent Alphabet’s total quarterly revenue.

The first two are clearly on the upswing, while AWS’s growth has, for the first time in its history, slipped under 30%–and it’s done so for 2 straight quarters.

If Bezos were to spin out AWS in an IPO, the financial windfall for Amazon would be staggering, giving the company up to $200 billion in capital to invest across the sprawling and capital-intensive Amazon global empire.

High-flying companies can at times appear to have found ways to ignore the laws of physics and to escape the bounds of earthly constraints.

For Amazon, the law of momentum remains very much in its favor as the enterprise cloud has established itself as the greatest growth market the tech industry has ever seen.

And Jeff Bezos just might conclude that as the cloud industry is becoming even more essential to the global economy, AWS could be more valuable to him in an IPO than within Amazon.