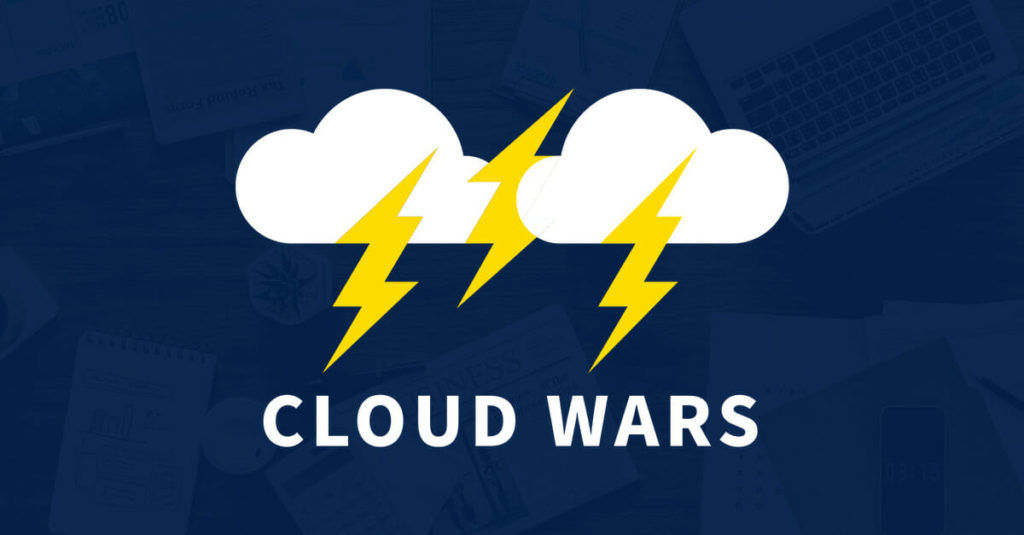 Earlier this week on the morning after Salesforce posted its stunning Q2 results, I wrote that in spite of the 12% after-hours surge in Salesforce’s share price, SAP was still the market cap king over Salesforce and Oracle.

But in the full day of trading following Salesforce’s release of its superb quarterly results—revenue up 29% to $5.15 billion—the global marketplace rewarded Marc Benioff & co. by rocketing the price of Salesforce shares upward by 25% and giving it a market cap of almost $250 billion.

As I noted in that piece from earlier this week—and while in light of more-recent events I’d really prefer not to share the headline, it was in fact headlined Why SAP Is Beating Salesforce and Oracle in the Market-Cap Wars—I generally don’t pay much attention to share prices. But overall market caps offer a very clear picture of how the world of investors and customers value various companies. And it’s in that spirit that I wanted to take this occasion of Salesforce’s phenomenal performance to compare and contrast the market caps of the tech leaders in my Cloud Wars Top 10 rankings. 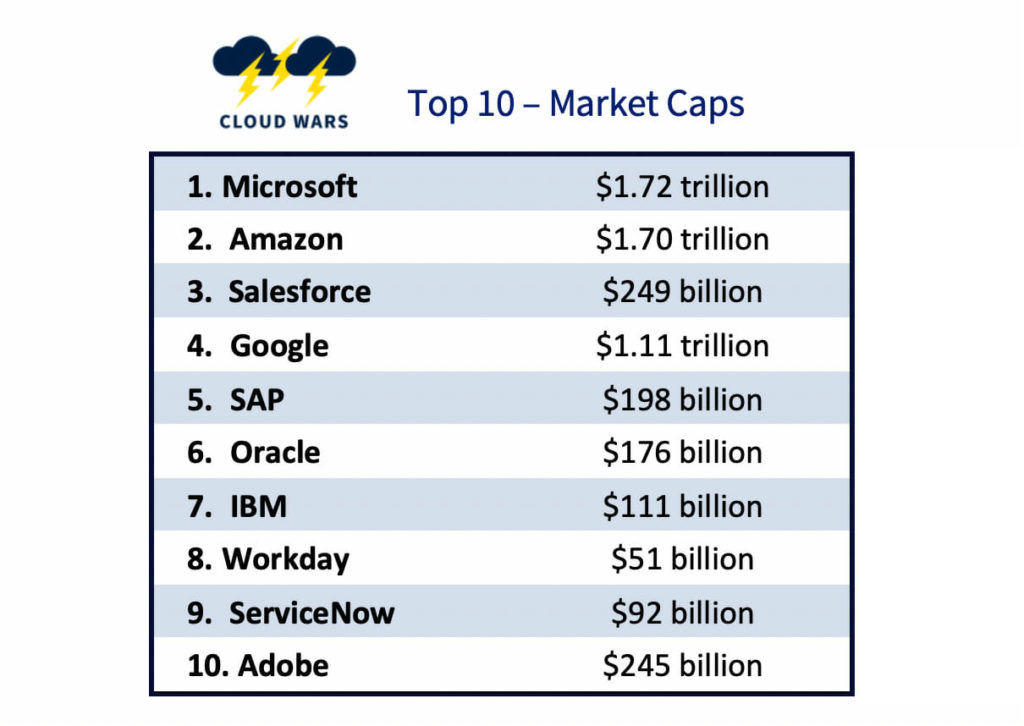 The market caps are based on publicly posted data as of 8:00am this morning, and I’m going to break the Top 10 into two groups for a short analysis: The Trillion-Dollar Club and The Many-Billions-of-Dollars Club.

This high-fallutin’ crew consists of Microsoft, Amazon and Google. Clearly, each has businesses falling outside the confines of the cloud—I get that. I’m not trying to say that the cloud businesses of those three companies are valued in the trillions. But I will say that in the case of Microsoft, the enterprise cloud is the largest part of its business, the fastest-growing part of its business and is the segment of the Microsoft empire that always receives top billing in earnings announcements.

For Amazon, its AWS cloud unit was until last quarter its fastest-growing business and the biggest contributor to the company’s profits.

And for Alphabet, Google Cloud’s 43% growth in Q2 was highlighted by company execs as the leading factor in making up for shortfalls across most other parts of the Google empire in that period.

So while the trillion-dollar players are by no means all cloud, the cloud plays an incredibly vital role in their overall performance and public perception.

Now topped by Salesforce, this group—with the exception of Adobe—is 100% focused on enterprise tech. With Salesforce’s Q2 performance, Benioff now has every reason in the world to make this bold claim from the Aug. 25 earnings call:

We’ll be hearing from Oracle on its fiscal Q1 numbers somewhere between Sept. 10-15. So we’ll have a chance to see what Larry Ellison—currently pursuing TikTok—has to say about all this.

For business customers, the truly great news about the new standards set by Marc Benioff and Salesforce is that Oracle and SAP and ServiceNow and Workday and Adobe and Microsoft and Google Cloud will now be forced to continue raising their own levels of innovation and customer-centricity.

Because, quite simply, in the Cloud Wars, they have no other alternative except to become irrelevant.

Disclosure: at the time of this writing, Google Cloud, SAP and Workday were among the many clients of Cloud Wars Media LLC and/or Evans Strategic Communications LLC.