Attack of the Killer Database: Oracle Autonomous DB “Will Replace Everything” 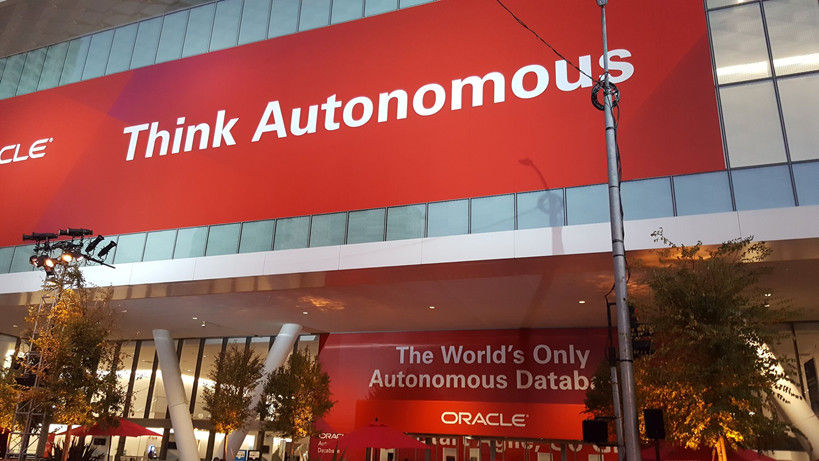 While Oracle’s Autonomous Database won’t make a significant impact on revenue until a year from now, Larry Ellison’s predicting it will “triple” the size of Oracle’s database business and render all other Oracle databases obsolete.

In last week’s FY20 Q2 earnings call, Ellison continued his effusive praise of the one-of-a-kind database. But he also noted that, with only two quarters of meaningful sales data to evaluate, Oracle’s not yet able to forecast the product’s revenue potential.

Here at Cloud Wars, we’ve devoted quite a bit of coverage to the Autonomous Database for three reasons.

First, it represents an unprecedented move by the unquestioned category leader into a new area that seems to have enormous potential but has not, at least so far, inspired any competitors to even talk about offering a comparable product, let alone release one. What’s more, as important as databases have been in the world of traditional business, they’re becoming even more indispensable in the era of data-driven digital business.

And finally, Ellison has said on numerous occasions that Oracle is in fact betting its future on the Autonomous Database and its Cloud ERP application.

Coming from the company ranked #5 on the Cloud Wars Top 10 list, those factors carry some nontrivial implications for the entire industry.

In that context, I think it’s important to share a few of the high-impact comments Ellison made about this bet-the-company product. It sure seems to me that Ellison loves Autonomous Database more than any of the many thousands of products that his company’s released in the last 4 decades.

The Value of Eliminating Human Error

2,000 New Customers in Q2 for “Most Successful New Product in Oracle’s History”

“We already have thousands of Autonomous Database customers running in our Public Cloud. We added 2,000 more this quarter. And our Autonomous Database business, as Safra said, is growing in excess of 200%. Off a small base, admittedly; it’s a relatively new product—but it’s on its way to being the most successful new product introduction in our company’s history.”

Huge Potential in the Private Cloud

“All of our cloud competitors are trying to create these ‘outposts’ of their cloud on the floors of their customers, but we actually have it working. And in fact, we’re in our second generation of this. We did it early, and we did a reasonable first-generation job, but the second time’s the charm. And this new Gen2 stuff can be installed in a day. Now, the first one we installed in four days, but we expect to do that even faster. There will be more time spent unpacking the hardware and plugging it in than readying the software because it just syncs up with our Public Cloud and you’re up and running.

“This is going to be a huge opportunity for us to dramatically increase the adoption rate on Autonomous Database.”

“It Will Replace Everything Else”

“The good news is we have a huge installed base. Yes, it takes a while for us to ship a next-gen technology and get people comfortable with it and using it. And in our first year, we’ve seen a lot of early adopters—but the early adopters are now in the thousands. And we think eventually the only database we’ll offer is Autonomous Database. It will replace everything else.”

“By the way, an Autonomous Database is only available in two forms. If we put our cloud in your data center, that’s our Exadata machine and our middleware machines. And all of that’s in our storage, in your data center and in our public cloud. So, we think it’ll be consumed in one of those two ways, and that will replace our entire base. So, it means that our existing database business, from a financial standpoint, will more than double or triple, or triple probably is a reasonable estimate to look at.”

Attach-Rate to Oracle SaaS and Analytics Will Be Significant

“There are big synergies when people buy our ERP applications because they also build data warehouses associated with those applications… So a lot of our application customers are beginning to be Autonomous Database customers and infrastructure customers.”

So I’m still not sure why a product like this has no competition. It’s been on the market for a year, and Ellison’s been raving about it for two years. Are the other big database players—Microsoft, IBM, SAP, Amazon—looking at the autonomous opportunity and saying, no thanks, there’s not really anything there?

Or are they cringing when they see the powerful first-mover and category-king status that Oracle has seized, and are secretly rushing to create a competitive product?

I think it’s the latter.

But then again, not even Larry Ellison will commit to revenue projections.