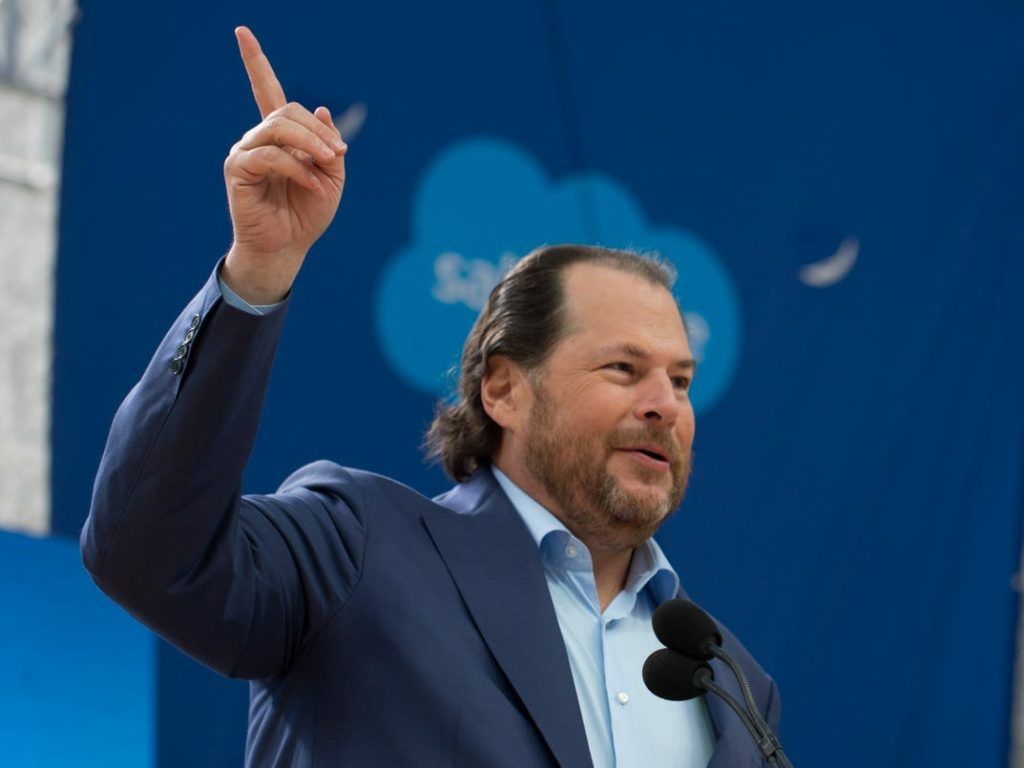 While Marc Benioff has been increasingly effusive over the past few quarters in praising Salesforce’s Tableau subsidiary, he went over the moon in last week’s call by declaring it to be not only the best but also most-successful software-industry acquisition ever.

In June, I offered an analysis called Marc Benioff’s Secret Weapon: Tableau Turning Salesforce into Analytics Powerhouse. But last week, Benioff did his very best to ensure that it’s no longer a secret.

Calling Tableau leader Adam Selipsky “such a genius CEO,” Benioff said the Tableau acquisition, completed just 13 months ago, will prove to be “the best acquisition ever done in the history of the software industry, and certainly the most successful.”

Now, by any measure, that’s a powerful statement. But it is particularly so when you consider that the Cloud Wars Top 10 companies have cumulatively made several hundred acquisitions in just the past decade.

Here are some excerpts of Benioff’s comments about Tableau from the earnings call that reveal his enormous confidence in his company’s enhanced ability to be a major force in the strategic category of data analytics.

Many customers going “wall to wall” with Tableau

Responding to a question about the impact Tableau has had on Salesforce, Benioff said, “I really appreciate that question because I’ll tell you that we’re so fortunate to be able to acquire Tableau last year. It is one of the world’s leading enterprise software companies, probably one of the most-loved brands. The ability to see and understand data, the ability to build these compelling visualizations like you see in the public domain like at public.tableau.com. But I think the part that you don’t really know are that when we talk to so many companies, they’ve gone wall to wall with Tableau.”

“Analytics for the rest of us”

“And doing those types of deals, that’s very exciting because Tableau is analytics for the rest of us. We were always in the analytics business, of course, either through Sales Cloud where we have dashboards and reports, which were great, but very much about a specific type of reporting, or we had Einstein Analytics, which is incredible, but it’s super-advanced AI, highly programmatic and very enterprise-class. But Tableau has the capability that allows every company to deploy analytics easily. It’s a simple, easy-to-use and easy-to-understand product. I’m sure a lot of you use it. Plus you can build these amazing visualizations plus it has this incredible culture, this brand, this community.”

PwC says Tableau will be our new analytics platform

“PwC was one of our largest deals in the quarter, but it’s also what PwC says: Tableau’s going to be our new analytics platform. And so many conversations with so many companies who have made the decision that now that Tableau is part of Salesforce, they see how this has become part of our Customer 360 and there’s a lot of new innovation, a lot of the exciting stuff coming for Tableau. And you’ll see that with their incredible announcements that are coming.”

Powerful combination of Tableau and Mulesoft

Tableau was acquired in August 2019. About a year before that, Salesforce bought MuleSoft for its integration and API expertise. Here’s how Benioff described that combination:

“We’re two years in with MuleSoft. And it’s another company that has been a game-changer for us because it’s the heart and soul of Customer 360. The ability to say to customers with authenticity, ‘We’re going to integrate everything for you and bring in all your legacy systems and put APIs on top of them and give you this tremendous capability.’ These two companies together are a huge accelerator on our business.”

Staying fully relevant in the age of the “digital imperative”

“Whether it’s MuleSoft or Tableau or even our core products, one of the things that we certainly hear more and more is this whole notion about the ‘digital imperative.’ It is very clear that our products are becoming more and more mission-critical. MuleSoft is adding to that 360 solution, and we’re becoming more mission critical. And one of the effects in this quarter is our attrition rate was better than we had expected.”

Three months ago, in the piece I referenced above called Marc Benioff’s Secret Weapon: Tableau Turning Salesforce into Analytics Powerhouse, I offered this perspective on just how profoundly the acquisitions of first MuleSoft and then Tableau have changed Salesforce:

The revenue-dynamos within Platform & Other are two recent acquisitions—MuleSoft and Tableau—that, at the time each was made, had some analysts and so-called experts howling like banshees about how Benioff had “overpaid” for each.

Well, the nickel-counters can safely go back to pondering their actuarial tables. Because in a very short time, both MuleSoft and Tableau have had transformative impacts on who Salesforce is, what it offers and the value it can offer to customers.

With MuleSoft and its API wizardry, customers can now have access to all their data, and can get mismatched apps to work together harmoniously.

But it is Tableau that is driving the makeover of Salesforce, from a company that helped you run customer-facing operations well into a company that can help you see what the future holds.

So is Tableau the greatest software acquisition ever made? Well, the jury’s still out on that one, but there’s no question that Salesforce right now is one of the hottest and best-performing tech companies in the world.

And in that context, Marc Benioff’s views carry a whole lot of weight.