Can Oracle Snatch Trillion-Dollar Hybrid Market from Microsoft and IBM? 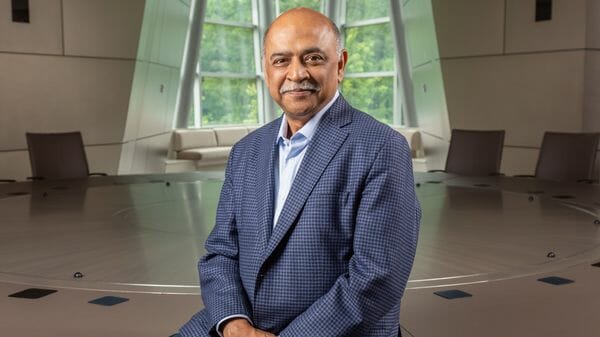 It’s both ironic and perfectly fitting that three so-called “legacy” vendors are battling for leadership in the oh-so-modern and very massive hybrid-cloud market.

It’s fitting because, after all, to really do hybrid right, you need enormous expertise in the traditional world of on-premises computing. And Microsoft, Oracle and IBM all have that in abundance.

And it’s ironic because the tech industry’s cavernous and typically tone-deaf echo chamber has for years trotted out relentlessly the conventional wisdom nonsense that those three companies—in particular Oracle and IBM—don’t “get” the cloud and are somehow doing “fake” cloud and will inevitably get steamrolled by Amazon.

But reality has a way of exposing such silliness, and today we see that in pursuit of what will surely be the preferred way of doing enterprise computing for the next decade—hybrid cloud—those 3 old dogs have somehow managed to conjure up, master, and prepare to exploit some extraordinary new tricks.

And it’s quite interesting to see how each of these powerful companies is taking an entirely different approach to hybrid:

Let’s take a look at each approach and consider how those line up against the rapidly shifting and escalating needs of business customers undergoing profound changes here in the late stages of a year none of us will ever forget.

Microsoft: doing hybrid since before hybrid was cool.

While Microsoft does not break out revenue figures for its hybrid-cloud solutions, each quarter CEO Satya Nadella and CFO Amy Hood almost invariably report that its on-premises SQL Server business continues to grow even as its Azure cloud business booms.

In the following excerpt, Hood lays out Microsoft’s high-level hybrid business strategy in a piece I wrote 7 months ago called Microsoft Is #1 in the Cloud, and CFO Amy Hood Is Bullish on the Future:

“The reality that compute will need to exist at the edge and in the cloud, a thing that we call generally hybrid, I think is a reality that people are now beginning to see. We’ve been architected that way from the beginning and have been talking about the advantages of that also from the beginning. I do feel that some of these recent announcements we’ve made make that more and more real for people, when you talk about the importance of latency, or sovereignty, or privacy or security in terms of the portfolio we have and how customers think about it.”

[For the past few years, Hood has consistently hammered home the point that Microsoft has zero preference about whether customers buy cloud or on-premises products and services because it’s Microsoft’s job to provide a seamless architecture for both rather than steering them to one or the other.]

“That number for us is best seen in the server and cloud products KPI. We talked about that for a long time, and I know people really focus on one or the other. But if you think about what customers are asking, and how customers are contracting and what they are trying to achieve, it’s far more similar to the all-up KPI… One-third of the customers who have those Hybrid Benefits are starting to use them in Azure… I do believe that going forward that opportunity for us is just beginning. And that again sort of reinforces why I tend to focus more on the server and cloud products KPI.”

“I tend to believe that any view of trying to get a specific number in any specific quarter to say, ‘Did the server on-prem number go up or down and the Azure number go up or down, and is there some large drag or not,’ is probably getting a little myopic in terms of the overall trend line, which is, is the overall cloud opportunity represented by on-prem, hybrid and Azure continuing to show the growth and execution that we feel good about in terms of the explosive TAM and our market opportunity within that TAM?”

And just last week at its annual Ignite event, Microsoft once again made hybrid a centerpiece of its new-product rollout with a focus on “innovation anywhere with Azure’s multi-cloud, multi-edge hybrid capabilities” in a blog post by corporate VP Julia White that includes this excerpt: “Since the beginning, Microsoft Azure has always been hybrid by design, providing customers consistency and flexibility in meeting their business needs and empowering them to invent with purpose…. As we expand our Azure hybrid capabilities, we give customers a holistic and seamless approach to run and manage their apps anywhere across on-premises, multi-cloud, and the edge. Today, we are releasing even more innovation in our Azure hybrid portfolio.”

Under former CEO Ginni Rometty, IBM was certainly interested in the hybrid-cloud business. But Rometty tended to lump in that huge hybrid opportunity with a mish-mash of every other potential growth category that IBM was pursuing, making it just about impossible for business customers to clearly understand IBM’s true focus and priorities.

Krishna ushered in a bold new outlook in April during the Q1 earnings call when he made it clear he would not be serving up all of the menu items on the dog’s breakfast so often dished out with no sense of priority by Rometty—mainframes, blockchain, Red Hat, IoT, public cloud, Red Hat, private cloud, security, quantum, Red Hat, Power Systems, Red Hat, Global Business Services, Global Technology Services, Global Red Hat Services, DB2, and did I mention Red Hat?

Instead, Krishna—who in his first day as IBM CEO unabashedly proclaimed that “I love this company”—said IBM was now rigorously focused on helping lead customers into the digital future by becoming a hybrid platform company. (For more on that, please see Why IBM CEO Arvind Krishna Earned an A+ for his Debut Quarter.)

And in early May, during IBM’s annual Think customer conference, Krishna offered this simple but profound perspective that in my opinion gives IBM its very best chance for big success in the hybrid market: “Hybrid cloud is about meeting you where you’re at in terms of the infrastructure choices you’ve made.”

It’s a tall order, but one that Krishna’s fresh and customer-centric outlook seem to be prepared to meet.

A few years ago, founder and chairman Larry Ellison referred to the inevitable marriage of cloud and on-premises as “the decade of coexistence.” I felt he was the first high-level executive to remind everyone that while the surge to the cloud was inevitable, that didn’t mean it would happen in a quarter or a year. Or even 5 years.

But back then, Ellison was talking more about cloud apps and cloud databases because at that time, Oracle sure as heck had no cloud infrastructure business to speak of.

But today, Oracle’s offering some wild new solutions quite unlike anything any other Cloud Wars Top 10 vendor can match. Perhaps the most compelling of all is—and while you have to fight your way through the clunky name, the concept is brilliant—Oracle’s Dedicated Region [email protected] Here’s Ellison describing it and why it matters to business customers in an excerpt from my July 13 analysis called Larry Ellison’s 3-Point Plan to Beat Amazon: Autonomous, Performance, Security:

Everything in the Gen 2 Public Cloud we drop and put inside your data center behind your firewall. And I mean everything—Fusion applications, the Autonomous Database, Autonomous Linux, Autonomous Data Guard—and Oracle manages it and maintains it. There’s one console for managing the Dedicated Region, the Public Cloud, and Exadata [email protected] You manage all of your Oracle Gen 2 cloud assets in the same exact way, with a single management console. The SLAs with public cloud apply unchanged to dedicated region. You only pay for what you use…. No one — not Amazon, not Microsoft, not Google — nobody gives you a complete public cloud behind your firewall, dedicated to you. This is a first in the cloud industry (emphasis mine).

With this innovation—both in technology and go-to-market positioning—Ellison and Oracle are ushering in an entirely new definition of hybrid that transcends simply the unification of cloud and on-premises environments.

In this new approach from Oracle, Ellison is quite literally obliterating the construct of a physical separation of cloud and on-prem because, as the name implies, [email protected] puts the cloud inside the customer data center and behind the firewall. And that’s about as on-premises as you can get.

With the top-of-the-line [email protected] offering, the “Dedicated Region” part of the clunky name means that, as Ellison lays out above, the customer gets every single Oracle cloud asset inside that customer’s firewall—the on-prem cloud, if you will. (For more on Ellison’s disruptive cloud gambits, please see The Audacious Larry Ellison Flips Oracle Cloud Strategy Upside-Down.)

Either way, I think Oracle’s bold moves are going to make the hybrid market of 2021 make this year’s offerings seem positively old-fashioned. And the big winners will be, of course, the business customers who get to pick and choose from among all that innovation.

Microsoft Is #1 in the Cloud, and CFO Amy Hood Is Bullish on the Future