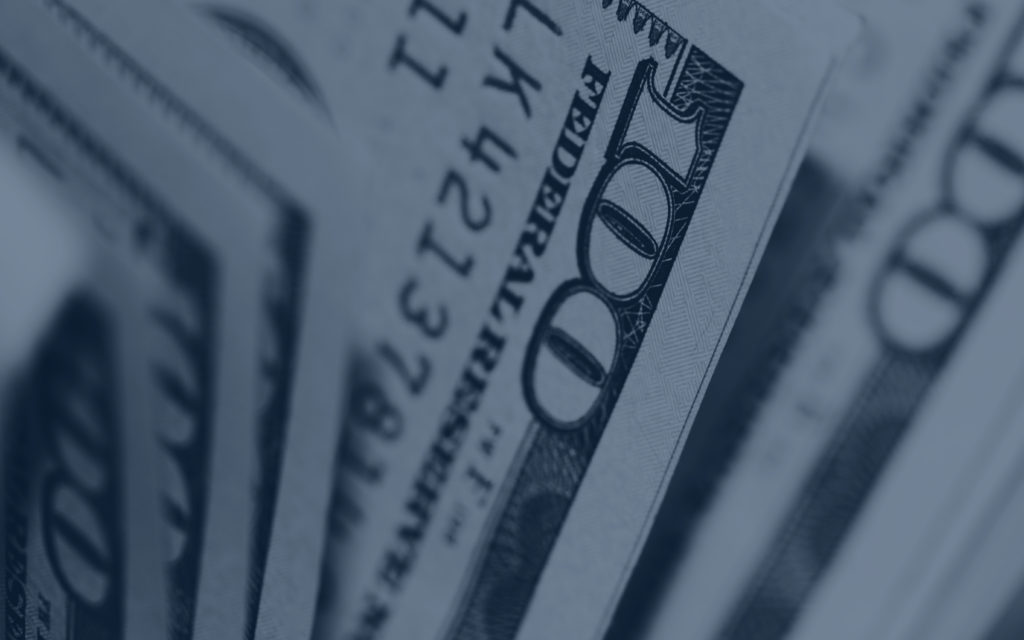 With Salesforce and SAP forecasting cloud revenue for 2023 that will total more than $51 billion, it’s clear that one of the greatest growth markets in history has not come even close to reaching its full potential.

SAP and Salesforce both held investor-day events last month, and their respective presentations included revenue projections for calendar 2023. Salesforce said its 2023 revenue—which is all cloud—will reach $35 billion. Meanwhile, SAP forecast that its 2023 cloud revenue will be at least $16.5 billion.

As I analyzed in a recent post headlined How Salesforce Plans to Defeat Oracle and SAP While Scaling to $35B, Marc Benioff has committed to doubling his company’s revenue over the next four years, as shown in this slide from the Salesforce investor-day presentation: 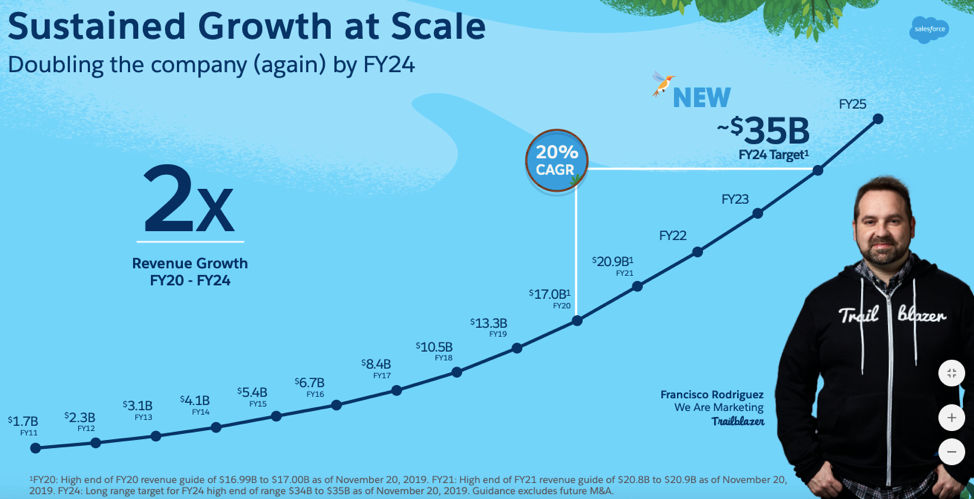 That’s a staggering commitment in today’s viciously competitive marketplace. But I believe Salesforce makes a compelling case for how it can get there.

At SAP’s Capital Markets Day, the company projected total calendar-2023 revenue of 35 billion euros. At today’s exchange rate of 1.11, that equates to $38.85 billion.

That huge number includes both cloud and non-cloud revenue, so I’m basing my informed estimate of SAP generating about $16.5 billion in 2023 cloud revenue from this slide, which shows that more than 40% of that total 2023 revenue of $38.85 billion will come from the cloud: 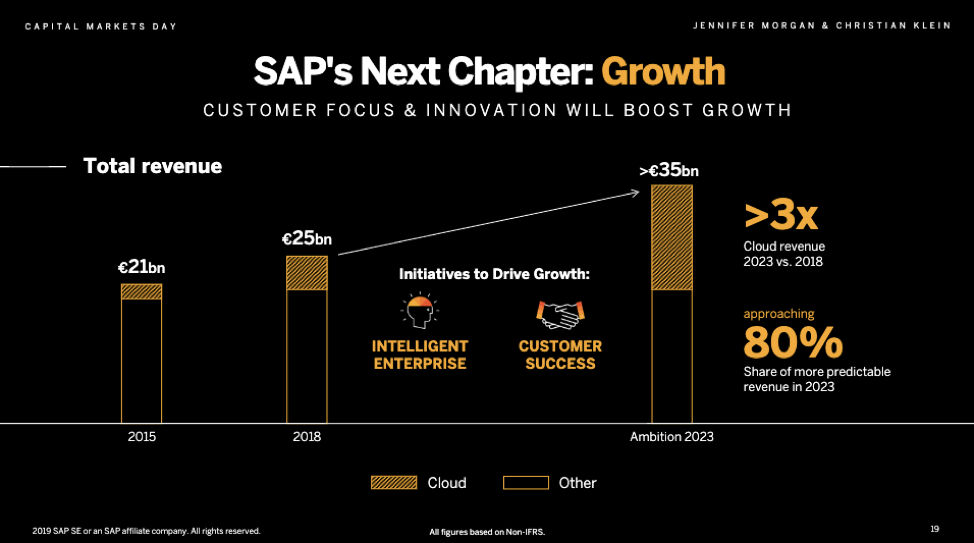 While we’ve got the crystal ball out, let’s toss a few of the other major SaaS/PaaS players from the Cloud Wars into the mix and see where that takes us. (Please note: while the Salesforce and SAP estimates above come from public presentations to investors, the numbers below are my own rough estimates and are not based on any specific information from any of the companies named.)

The Big Total: across those 5 companies—the formal projections from Salesforce and SAP, and my back-of-the-napkin projections for Oracle, Workday and ServiceNow—we get a total estimated 2023 revenue figure of $84 billion. And that does not include any IaaS—just SaaS and PaaS.

It also, by the way, does not include any contributions from the following companies, which take us outside of the SaaS/PaaS categories outlined above:

And of course, we haven’t yet mentioned #1 Microsoft, which will finish this calendar year with cloud revenue of about $44 billion. Of that, perhaps half is from SaaS and PaaS, or about $22 billion. With the astonishing growth rates Microsoft has consistently rung up over the past few years, it’s not crazy to suggest that Microsoft’s SaaS/PaaS revenue for calendar 2024 could be at least $50 billion.

By my reckoning, that’s about $250 billion in SaaS/PaaS revenue for calendar 2023 from those 9 companies.

Looks like the Cloud Wars are only getting warmed up!