Do Microsoft and Amazon Have Too Much Power in IT Market? Absolutely Not. 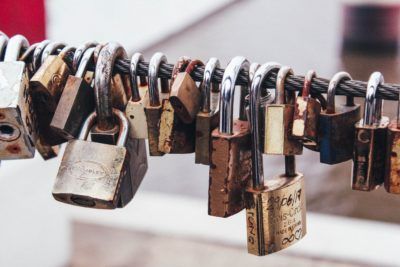 A recent article in the Wall Street Journal cited survey results showing that business customers have made Amazon and Microsoft the “preferred vendors” in a majority of the product categories essential for running today’s highly complex IT operations.

Should we be scared?

Is the heavy hand of hard-hearted hegemony about to come down harshly on those business customers? And on other tech vendors, integrators, partners and other stakeholders?

Or is this development not only perfectly obvious but also perfectly normal and probably healthy for the industry overall?

Here are the first two paragraphs from a March 18 article in the “CIO Journal” section under the headline Amazon, Microsoft Tighten Grip on Enterprise Tech:

“Amazon Inc. and Microsoft Corp. appear to be tightening their grip on the enterprise information-technology market, thanks to a head start in cloud computing and ongoing industry consolidation, according to market-research firm ETR.

“Amazon or Microsoft were cited as the preferred vendors in over half of the top 30 products and services listed as information-technology spending intentions by more than 800 chief information officers and other high-level corporate decision makers, the firm said, based on survey results gathered since early March.”

The article cites comments from the CEO of the survey firm to the effect that this could lead to business customers becoming overly dependent on those two massive vendors. This “lock-in” outcome, as its known in the tech business, has been a constant refrain ever since I got involved in this business 150 years ago.

Referring to Thomas DelVecchio, the CEO of the parent company of the survey firm, the Journal article offers this perspective:

“He compares the growing allure for CIOs to shopping at a Stop & Shop: ‘You go to one place and you’ve got your butcher and your baker and other goods. Why go back to your grocer?’”

Why I’m not worried about Microsoft and Amazon lock-in

Like I said, this issue of lock-in has been around forever. For many decades the company that everyone feared would lock them in was IBM. Anybody heard that recently about IBM?

And a decade or so ago when HP reached $120 billion in annual revenue and had an expansive product line, the dire warnings about vendor lock-in started up again. Any known cases of companies tormented by “HP lock-in” out there?

I would like to think that business executives are pretty smart people with better-than-average senses of awareness and self-regard, and that after 40 years of sky-is-falling warnings about vendor lock-in, they are finely tuned to the needs to keep some balance in their IT portfolios and in the relationships that drive their business strategies.

Those business leaders will act in the best self-interest of their companies. And in 2019, that self-interest is leading them to buy a growing number of products and services from Amazon and Microsoft.

Those two giant tech vendors aren’t “locking in” anybody, and in fact you could make the direct opposite argument by looking at the vast networks of independent partners, ISVs, developers and other value-adders across their extensive global ecosystems.

Under Nadella, Microsoft has become one of the world’s leading proponents for open-source technologies, communities and engagement.

So this ETR survey might reveal an interesting number or two, but DelVecchio’s hokey story about how business leaders will pattern their IT buying decisions on how they buy groceries, and the underlying theme of how the “lock-in” bogeyman is once again ready to terrorize the countryside, is just plain silly.

Because, believe it or not, business leaders don’t buy IT estates the same way they buy groceries.