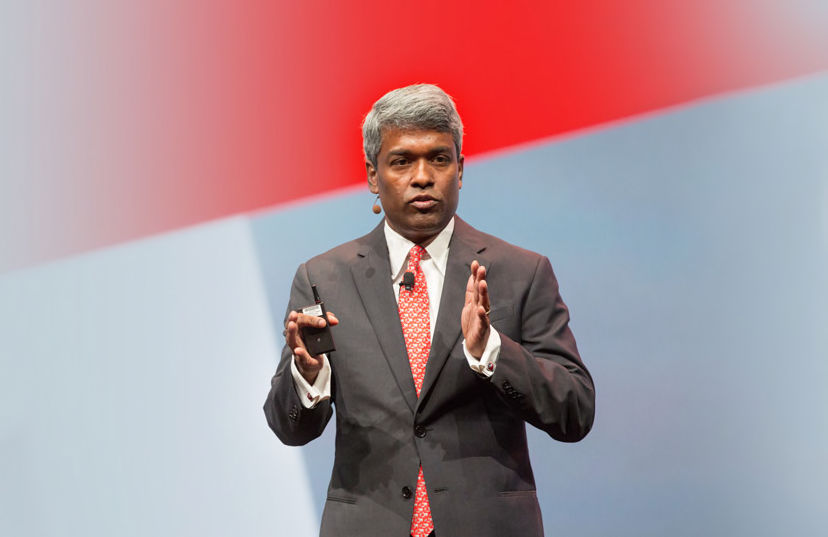 Two months after offering a compelling glimpse into how Google Cloud will become an aggressive and highly capable competitor in the Cloud Wars, CEO Thomas Kurian this week must win the confidence of customers and partners during the company’s highly anticipated Next ’19 event by filling in the details about  core positioning, industry solutions, and customer-success stories.

On Feb. 12—just 4 weeks after taking over as CEO—Kurian made his first public comments about his plans for Google Cloud at a Goldman Sachs investors conference in a 45-minute presentation plus Q&A that offered some intriguing possibilities but was light on specifics.

While Kurian used that coming-out opportunity to outline Google Cloud’s capabilities and intentions, he needs to use this week’s global customer conference in San Francisco to answer in detail the following questions:

Four Big Questions for Google Cloud at Next ’19

To be sure, the Next event will cover a wide range of product-specific topics and roadmaps, much more than I’ve highlighted in the four bullet-points above.

But as I look at the challenges Kurian and Google Cloud face as they seek to make the company a much-more aggressive competitor in the business world, those four issues are the ones that will play the biggest part in determining whether customers, developers and partners decide that Google Cloud deserves big chunks of their time, focus and budget.

In his February talk at the Goldman Sachs investors conference, Kurian touched on each of those four key points but—understandably—was not able at that time to delve into any significant depth.

Here are a couple of points he made at that February presentation about each of those four top-priority issues:

While this topic covers many key elements, I believe Kurian must use Next to establish Google Cloud as a fully committed supporter of hybrid cloud. That’s a position that Microsoft and IBM have endorsed aggressively while Amazon has only recently stated its future intentions to extend from the cloud into the on-premises world.

“Our world-class data-center network allows us to share both the capability we are building to power other Google properties, but also from a cost point of view it gives us a material advantage over other cloud providers, and is able to distribute workloads in ways that other cloud providers do not have.”

Noting that Google’s a favorite among “digital native” companies and social-media companies, Kurian added, “But—but—over the last 12 months, we have also shifted our focus to go after more-traditional companies, and we are seeing very strong adoption in a number of industries.

Among relevant points Kurian made in February:

At the Goldman Sachs event, Kurian offered this perspective about the opportunity to expand into industry-specific solutions:

“We are specializing a lot more in these verticals because if you look at a telecommunications company’s interests, they’re probably very keen on, ‘How can I monitor my network with your streaming capability, and how can you help me offload my contact center’ because some of the telecommunications companies still have the largest contact centers in the world. And that’s going to be very different from what a financial institution wants. So having these solutions that combine not just the best of Google’s cloud technology but also other parts of Google: things like our AI technology and our digital assistant, etc.—we’re going to bring that to market around specific industries.”

In February, Kurian offered some high-level thoughts about Google Cloud’s success in the enterprise market. Without question the key takeaway was this: the good news is that Google Cloud’s customers really love the company and are eager to do more business with it. But the bad news is that prior to Kurian’s arrival, Google Cloud had only a tiny sales team relative to the other big cloud players, and has also had to greatly expand and strengthen its go-to-market organization. From Kurian’s February talk at Goldman Sachs:

“We have remarkable customer loyalty,” Kurian said. “The customers we work with love our technology, and as we go forward, we’re putting in place a new ‘Customers For Life’ program that will attract, retain and convert more customers into advocacy.”

“We’re specializing our sales teams to talk to specific industries in the language of that industry,” Kurian said. “We are hiring some of the best talent from around the industry to grow our sales organization, and you will see us compete much more aggressively as we go forward.”

Kurian is not one to make unfounded promises and commitments. So beyond the standard type of product announcements that are commonplace these big customer conferences, I’m confident that Google Cloud is going to use its big stage this week to give everyone reason to believe that the Cloud Wars are about to become much more intense as Kurian and company reveal their plans.