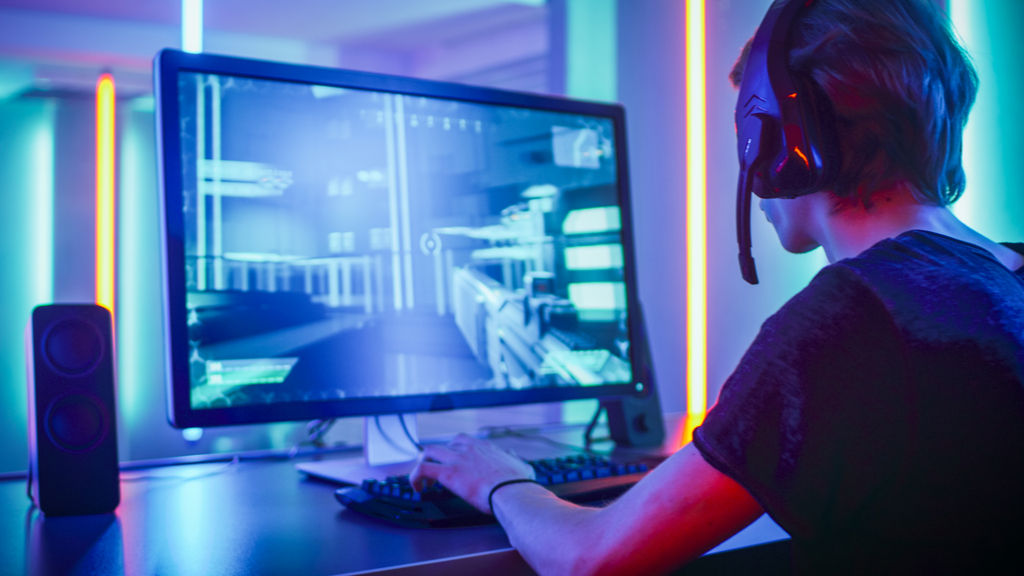 The video game industry is ever-advancing. Gamers tend to gravitate towards games, systems, and consoles with high-quality video, audio, and graphics. So, video game companies need to guarantee high-quality gaming and streaming experiences for their customers.

This Acceleration Economy Case Study shares how a high-end video game company improved streaming services by implementing a new cloud service. By partnering with IBM, GameFly was able to not only advance its audio and video quality but also improve its streaming services.

Based in Los Angeles, California, GameFly is a company that provides high-end video game streaming services for many users. As they provide services to over 30 countries, they partner with Amazon, Phillips, Samsung, LG, and other telecommunication companies. Because of their wide-ranging customer base, GameFly needed to find a cloud service provider that offered streaming services for video games to improve gaming experiences.

Recent shifts in the consumption of entertainment media have caused gaming to lag behind video and audio services. As the internet began to mature and bandwidth grew, people began to download music and videos. Soon after, people began to stream them. However, gaming remained behind due to its complexity.

Initially, video games needed high-end PCs or powerful game consoles to operate. GameFly envisioned creating an innovative streaming service. This service would allow people to play video games anywhere without the need for consoles. The team at GameFly needed to partner with a global cloud provider to help bring their streaming services to the market.

In confining their services, it was essential to find a cloud provider that would meet their specific requirements. In addition, it would need to host them in data centers near their users. They needed to stay close to their user base. This was critical in decreasing latency by creating an average of sub-35 milliseconds during the delivery.

GameFly decided to partner with IBM Cloud. They made this decision because they have data centers across the world. They also provide flexible configuration options and high-performance bare metal servers. Using the IBM Cloud platform offered a powerful hosting solution that met the streaming needs required by GameFly.

Many cloud service providers don’t offer graphics processing unit (GPU) technology. The IBM Cloud differentiated itself from others by building GPU servers throughout IBM facilities worldwide. GameFly also plans to extend its offering beyond its customer base in Europe and North America. This is due to its ability to host workloads over the bare metal server infrastructure of the IBM Cloud across 12 data centers. The IBM Cloud enables GameFly to offer streaming services in a brand new market in only a matter of days by building servers in any specific area.

One of GameFly’s top priorities was providing an exceptional experience for gamers worldwide. By using the global IBM Cloud platform, GameFly was able to reduce latency. Also, they were able to offer an excellent experience for each gamer. With the different IBM Cloud data center locations, they can get closer to users while providing sufficient support. Using the IBM Cloud results in an average network latency of 25 milliseconds in the United States and 32 milliseconds in Europe.

An added benefit of using IBM Cloud technology is that it provides flexibility for GameFly to deliver its services to its worldwide user base. The ability to build their servers to meet the exact specifications for the streaming service wasn’t possible with most cloud service providers. Using this unique technology solution allows them to provide a great user experience for video gamers.

Lastly, GameFly can now easily accommodate varying workloads while managing expenses. Instead of spending resources to build unnecessary traditional servers, the IBM Cloud gives GameFly the flexibility to create servers and cancel them at any time throughout different areas in the world. Choosing to use IBM Cloud was well worth the investment for GameFly. This was particularly due to its low-latency delivery for creating a great user experience, rapid deployment for reaching new locations in a matter of days, and on-demand capacity for handling evolving workloads.