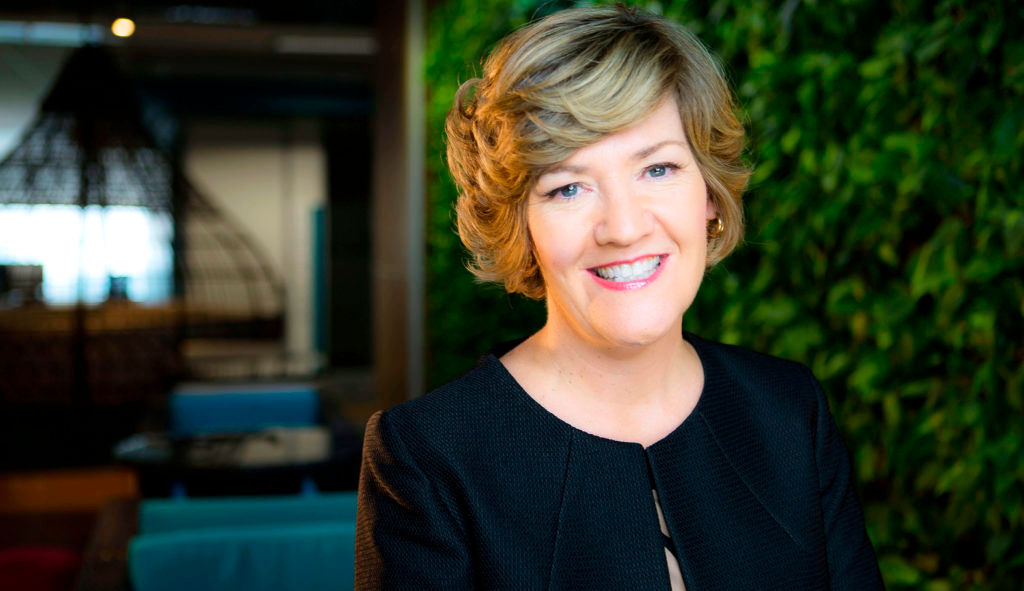 And that so-called legacy impact has just been significantly intensified as Enslin has hired Adaire Fox-Martin to become president of Google Cloud EMEA following her distinguished 32-year career split between—wait for it!—SAP and Oracle.

On my weekly Cloud Wars Top 10 rankings, Google Cloud is #3. It moved up into that spot in January, swapping places with Salesforce, which is now #4 on the list.

Kurian took over as Google Cloud CEO in January 2019, and 100 days later he brought Enslin aboard to head global sales. By every measure, that has turned out to be a superb hire as Google Cloud’s revenue has grown at 45% or higher for each of the past four quarters in an intensely competitive market.

The addition of Fox-Martin as president of EMEA gives Google Cloud yet another top-level executive with a long and deep appreciation of the fact that enterprise buyers want and need much more than simply the latest cloud technology from their strategic cloud providers.

In a LinkedIn post earlier this week, Fox-Martin wrote, “I am excited to announce that I’ve joined the incredible team at Google as EMEA Cloud President. It’s an honour to work with such an innovative company; supporting so many customers and partners through major digital transformations. Looking forward to diving right in!”

Fox-Martin spent 18 years at Oracle before moving over to SAP for 14 years, rising to become a member of the company’s executive board where she headed SAP’s Global Customer operations, which encompasses both sales and services.

Enslin had held a similar spot at SAP before being named head of its Cloud Business Group in 2017. Since joining Google Cloud in April 2019, Enslin has made the company the fastest-growing vendor on the Cloud Wars Top 10 by leveraging that extensive enterprise experience to showcase Google Cloud’s world-class technology to business leaders in every industry and every region on the globe.

So it’s either ironic or perhaps perfectly logical that Kurian, who was at “legacy” vendor Oracle for more than 20 years and ran product development under Larry Ellison during his last decade there, has led the overall transformation at Google Cloud from great innovators in advanced technology to market-pacing creator of high-impact enterprise solutions.

And it’s equally ironic—or logical?—that Kurian would build out the top ranks of his sales organization with long-time SAP veteran Enslin, who in turn has now brought in Fox-Martin, who built her career foundation at Oracle before rising to the top levels of SAP.

Perhaps the moral of this story is that cloud technology—even the very latest and greatest—in relative isolation might be intriguing, but it’s not the sort of stuff that will trigger big corporations to spend tens and hundreds of millions of dollars.

For that to happen, cloud vendors need the sort of deep understanding of customers and on-premises technology and strategic transformations in which Kurian, Enslin and Fox-Martin have been immersed for the past quarter century.

Hmm—I wonder if the executives at Google Cloud parent Alphabet have sent thank-you notes to Oracle and SAP?

Disclosure: At the time of this writing, Google Cloud, SAP and Oracle were among the many clients of Cloud Wars Media LLC and/or Evans Strategic Communications LLC