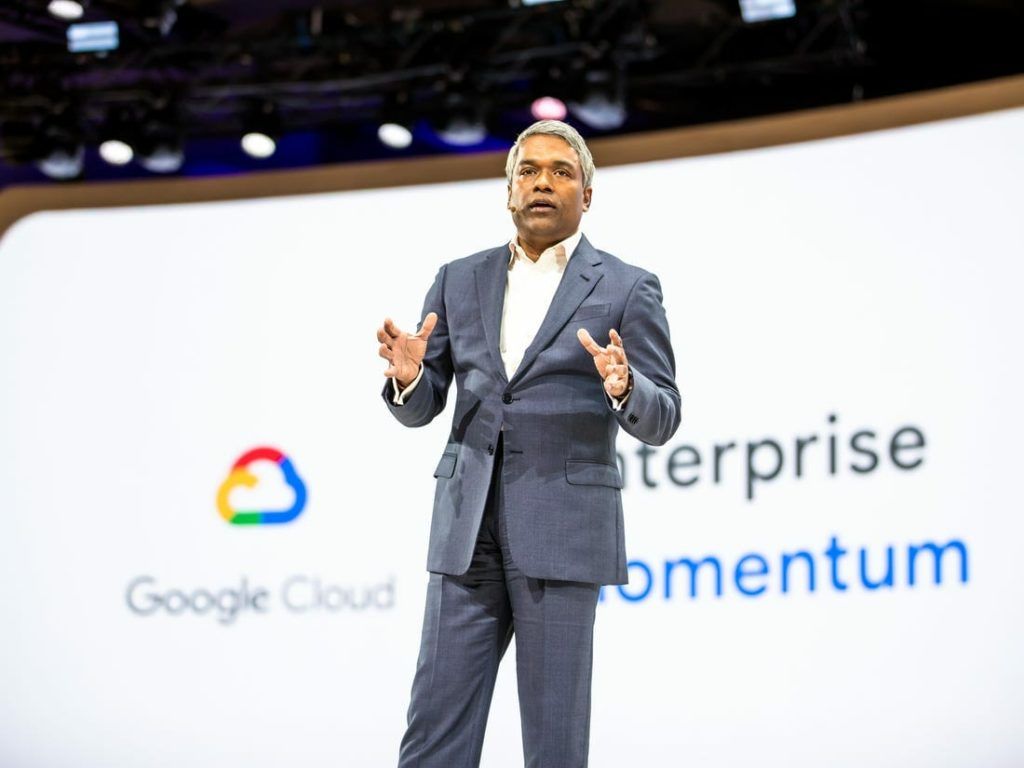 The Q1 growth rate of 52% for Google Cloud is particularly impressive in light of the global economic slowdown triggered in early March by the COVID-19 pandemic.

Google Cloud vs. Microsoft and Amazon

Over the past four quarters, Microsoft’s enterprise-cloud business has produced the following revenue-growth figures, starting with the 3 months ended Dec. 31, 2019, and going backward: 41%, 39%, 42%, and 43%.

Again, I will emphasize that while Google Cloud’s growth rate is higher, its revenue base is much lower than that for Microsoft and for Amazon. While Google Cloud’s Q1 revenue was $2.8 billion, Microsoft later today will release earnings results showing that its cloud revenue is at least 4X and possibly closer to 5X higher than that, probably coming in between $12 billion and $13 billion.

And tomorrow, when Amazon releases its Q1 numbers, AWS will likely show revenue of more than $9 billion and possibly closer to $10 billion, making it about 3.5X larger than Google Cloud.

But at least for the time being, Google Cloud is the high-flyer across the entire Cloud Wars Top 10.

To offer one other comparison, IBM’s cloud business, which is about 2X larger than Google’s, grew at 23% in Q1.

Kurian and Google Cloud looking ahead, not at rivals

Earlier this year, Google Cloud CEO dismissed the notion of trying or needing to play “catch-up” with its larger rivals. As I described in a piece called Google Launches New Era in Cloud with AI-Powered Industry Solutions, Kurian said that the cloud business has changed dramatically in the past few years, and is continuing to evolve at a blistering pace.

In such a volatile climate, Kurian said, the key for Google Cloud is to stay focused on where the digital economy is headed rather than on where it has been:

And finally, Kurian emphasized that because the cloud industry has changed, is changing, and will continue to change at a blistering pace, it’s wise to look at the market as it is becoming, rather than as it is.

“Today, where people want cloud to be is not about [infrastructure and packaged apps]. It’s really about, ‘can you give me new capabilities that I could not get before?’ So, we’re very focused on executing our plan. Lateness, earliness, I don’t worry about that,” Kurian said.

“We don’t get distracted by anybody telling us about where we are in the market. We’re focused on executing. When we win customers, they say what we’re offering is truly unique.

“And we don’t think that the way cloud and the market looks 3 years out will be the way it does today.”

What sets Google Cloud apart from the competition

That forward-looking view was underscored yesterday in comments made by Alphabet CFO Ruth Porat during the Q1 earnings call. Porat said Google Cloud’s 52% growth was “driven by significant growth at GCP and ongoing strong growth at G Suite.”

Pointing to one of Kurian’s top priorities, Porat also said Google’s “very pleased” with the strong customer adoption of industry-specific solutions. This is a major innovation Kurian is spearheading, and one that no other cloud vendor can currently match.

SAP: Big Spike in Use of Sourcing App Offered Free During COVID-19

Tech’s Coronavirus Response: What Salesforce, ServiceNow and Workday Are Doing