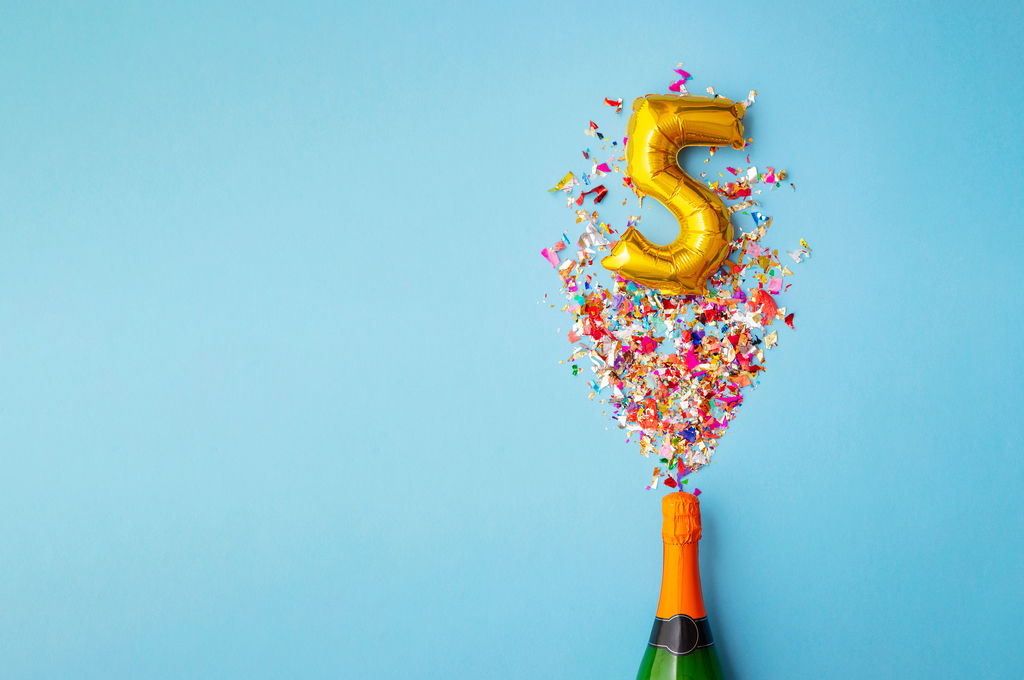 Showcasing the rise of the enterprise cloud as the greatest growth market the world has ever known, Microsoft’s market cap has soared about 400%—almost $2 trillion—since I published my first Cloud Wars column exactly 5 years ago today on Jan. 10, 2017.

Over those 5 years, we’ve witnessed extraordinary changes in the customer-driven global economy, in the rise of data as the most-valuable natural resource on the planet, and the emergence of the cloud as the optimal IT architecture for digital business.

My example above about Microsoft is just one way of putting all that change and innovation and growth in context, and here are the details:

And while my debut Cloud Wars column (posted on LinkedIn) didn’t project those types of phenomenal numbers, it surely did strongly support the idea that the cloud revolution would be unlike few things the tech industry—or any other industry—had ever seen.

To give you a sense of what the outlook for the cloud was like back then, here’s my first Cloud Wars column from Jan. 10, 2017. I hope you enjoy the perspective from 5 years back, particularly as we try to imagine what mind-bending changes are sure to take hold over the next 5 years.

CLOUD WARS: Which Tech Vendors Will Rule the Next Generation of Business Computing?

My brother the hotshot business-school professor once shared with me this truism about academia: “The politics are so vicious because the stakes are so low.”

In the tech world, however, a very different type of dynamic is at play, because while the politics of computing are surely getting more vicious by the day, the stakes–today in the tens of billions and soon to reach hundreds of billions–are incredibly high. And getting higher.

And it seems to me that the story of this global confrontation, playing out on such a massive scale–and with such profound repercussions for every company in every industry in every country on Earth–should be shared publicly and consistently by someone who understands the contestants, the customers, and the stakes.

So today’s opening installment of Cloud Wars marks the beginning of a story that I’m going to tell every Tuesday morning here on @LinkedIn. My coverage won’t be deeply technical–lots of other analysts do a fine job of that–but rather will look closely at the business side of the Cloud Wars.

And to set the table for the year, next week’s Cloud Wars column will feature my ranking, 1-10, of the Top 10 Cloud Vendors in the world, with that ranking influenced by publicly available evidence and driven by critical thinking. For each of the 10 weeks after that, I’ll offer a fairly deep analysis of those top cloud competitors, beginning with #1 two weeks from today and moving through the list in descending order.

To begin these Cloud Wars chronicles, let’s ask a few questions to help get you understand how I’ll be analyzing the field.

WHO? Which cloud company’s going to be crowned Head Cloud Dude? Which cloud vendor will be able to convince big businesses and governments the world over that its special versions of SaaS and PaaS and IaaS will surely kick the ass of all the other cloud contenders? Will it be a new cloud-only company, or will it be one of the traditional tech vendors that can bridge the new to the old?

WHAT? While @Salesforce.com and @Workday were becoming high-profile superstars with their next-gen SaaS apps in essential but narrow slices of corporate processes @Amazon Web Services was burrowing deeply into the deep-tech infrastructure side of the business world with its IaaS offerings. Yet many contenders, including @Oracle, say that its the PaaS battleground–database and middleware–that will turn out to be not only the most strategic but also the biggest.

WHERE? Will the primary battlegrounds be in the ultramodern and multibillion-dollar data centers that major cloud providers are birthing all over the globe? Or in the developer labs where millions of lines of cloud code are being churned out every day? Perhaps in the conference rooms where sales presentations are made and cloud credentials are proffered? Or will this occur in boardrooms with top executives recognizing that they’re betting the very competitiveness and future of their companies on this decision, and so they’d damned well better back the right horse?

WHEN? Are we still in the skirmishing phase, or are significant and future-altering battles already underway here in the early days of 2017? How soon will the emergent cloud leaders be recognizable? Will this timetable ultimately be a function of how quickly the cloud combatants can ramp up their new stuff, or will it be a function of which company can most quickly dazzle and delight a critical mass of customers?

WHY? Will the winners in the Cloud Wars claim the crown because their stuff is better, or because their prices are lower, or because their ads are more compelling? Will corporate customers base their long-term cloud decisions on established relationships, on rebellious visions of the future, on LPEW (Lower Prices Every Week), or on the vendor’s ability to have its cloud technologies and services elegantly, powerfully, and securely reflect the business needs and objectives of its customers?

I welcome rational ideas and opinions from everyone out there–customers, prospects, vendors, etc.–you can always reach me on LinkedIn, on Twitter at @bobevansIT, and on email at [email protected] And as is the case with the weekly college-football rankings, it’s entirely possible that the Cloud Wars Top 10 list will see some movement as the year unfolds and as buyers of cloud-computing services demand more and better value from all contestants.

Competition is a fabulous thing, and what I find most energizing about this entire hugely competitive cloud-computing marketplace is that no matter where the various tech vendors rank on the Cloud Wars Top 10, the real winners will eventually be the companies that can create and unlock enormous business value from the revolutionary capabilities of the cloud.

See you here next week to showcase the Cloud Wars Top 10!

No doubt a lot has changed in the 5 years since that column first appeared. But I’m also struck by how relevant and indispensable the role of the cloud continues to be, as spelled out in that column’s second-to-last line, which is every bit as true today as it was in January 2017: “Competition is a fabulous thing, and what I find most energizing about this entire hugely competitive cloud-computing marketplace is that no matter where the various tech vendors rank on the Cloud Wars Top 10, the real winners will eventually be the companies that can create and unlock enormous business value from the revolutionary capabilities of the cloud.”

May it ever be so!