How Big Is SaaS? Salesforce and Workday Revenue Could Hit $20B This Year 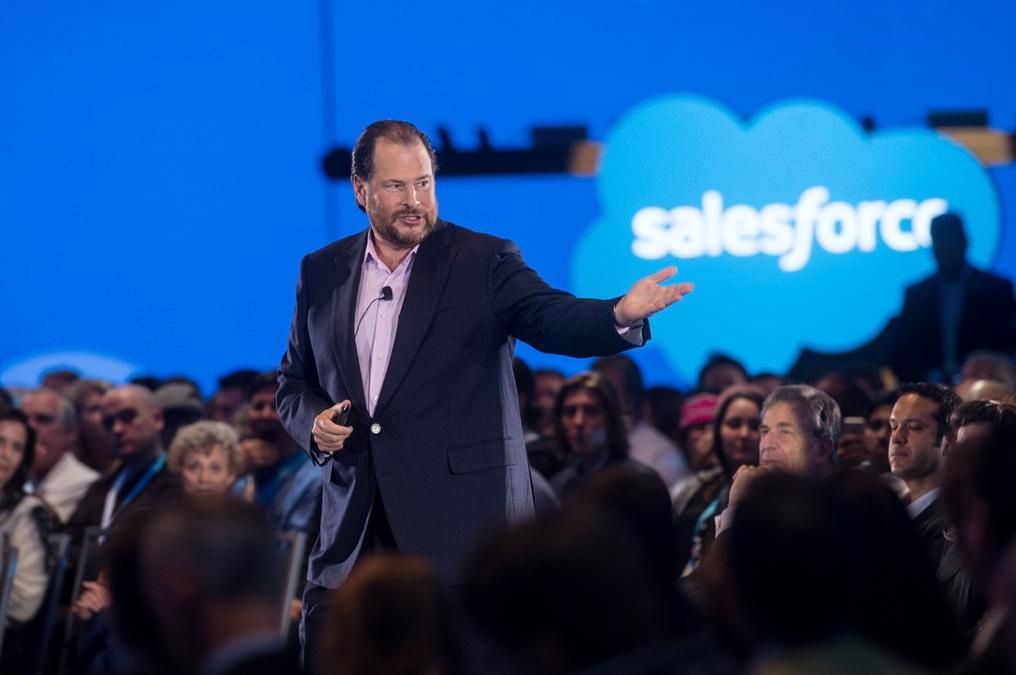 SaaS pioneers and long-time enterprise-apps allies Salesforce and Workday have a great chance to generate a total of $20 billion in revenue this calendar year. This reflects not only the two companies’ impressive ongoing growth, but also the overall vibrancy of the dynamic SaaS segment of the market.

If Salesforce can continue to grow at about 25% year over year, and along the way snatch a few extra big-ticket deals, it has a strong shot at finishing calendar 2019 with about $16.5 billion in revenue.

And Workday, after posting fiscal Q1 revenue of $825 million and a growth rate of 33.4%, has an excellent chance to generate revenue for the full year of $3.5 billion. (Workday’s fiscal calendar is the same as Salesforce’s, with fiscal 2020 beginning Feb. 1, 2019.)

For Workday, a Booming HCM Market

Among the reasons why Workday could be feeling good about its prospects to overachieve is the fact that the HCM market, with the advent of the cloud and the growing emphasis across all businesses on talent, is now believed to be much larger than traditional forecasts indicated. Workday CEO Aneel Bhusri described this increase in the total addressable market (TAM) for HCM in my analysis from earlier this week called How Workday Helps Walmart Modernize Employee Engagement: the New HCM.

In that piece, Bhusri says, “Twenty years ago, when I would sit down with CEOs, they didn’t talk about HR. Today, they all want to talk about talent and their people and how do they recruit the best, how do they retain the best, what’s best in class from a compensation perspective or a rewards perspective.”

That CEO-level interest, plus the emergence of new people-related applications such as Performance Management, Recruiting, Learning and Health & Wellness, have combined to make the TAM for HCM as large as it is for Financials, Bhusri also says.

For Salesforce, a New Vision for Customers

Over at Salesforce, the intensified push for additional growth is centered on the company’s sweeping “Customer 360” vision. I outlined that concept a couple of months ago in a piece called Salesforce’s New Strategy: All-In on Customer 360, Powered by MuleSoft.

From that piece, here’s an excerpt in which co-founder and co-CEO Marc Benioff describes the company’s new focus:

“We have a powerful vision for the future with our intelligent Customer 360, which gives our B2B and our B2C customers unified 360-degree views of their customers across every touch point: from sales to service to marketing to commerce to community and more,” Benioff said near the beginning of his opening remarks on the earnings call.

The SaaS Future is Bright

So we see how two SaaS pioneers are continuing to push core products into new areas. They’re creating viable and important extensions to existing product lines. And, significantly, they’re exerting tremendous focus on tailoring everything they do to meet the emerging needs of business customers in today’s high-volume digital economy.

Not long ago, $20 billion in annual revenue would have been a wildly ambitious target for a handful of top SaaS vendors to reach.

But in today’s Cloud Wars, that very big number now looks to be well within the reach for Salesforce and Workday as those companies continue to outperform the market by fanatically focusing on customer outcomes and success.

Attention Workday, SAP and Oracle: Is Salesforce Jumping into HCM?

Why High-Flying Workday Is Pushing ML over M&A

Disclosure: at the time of this writing, Workday was a client of Evans Strategic Communications LLC.