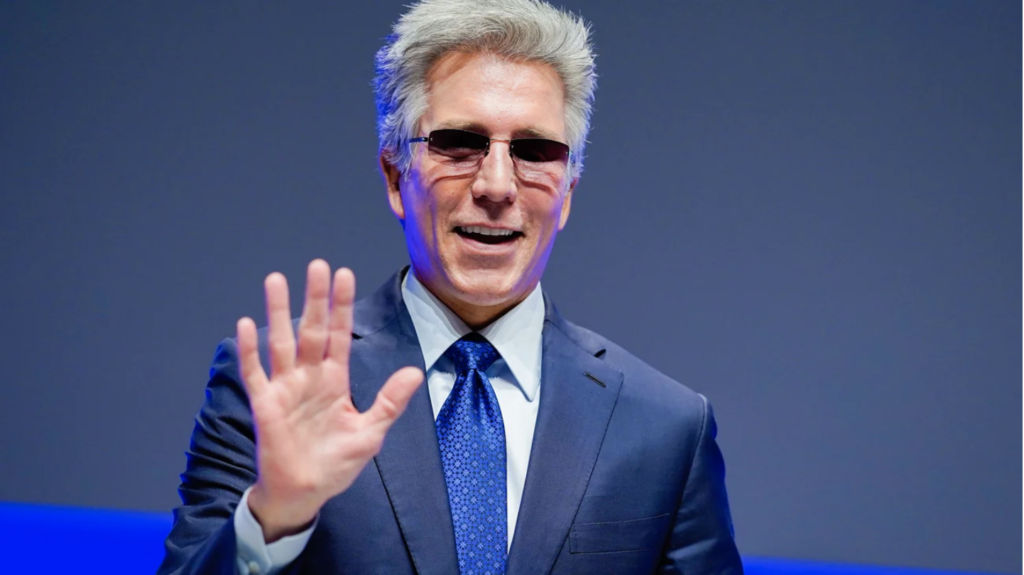 It was early 2011. SAP had been rocked by slumping sales, a depressed stock price, unhappy customers, a disenchanted workforce, and a disastrous but short-lived CEO appointment.

At a sales kickoff meeting, newly named co-CEO Bill McDermott took the stage. He told the global sales team that not only would the company get back on its feet, but that SAP over the next few years would outperform the market and generate unprecedented growth rates, revenue levels and profitability.

Some of the company’s supervisory board were sitting in the front row. A few openly laughed at McDermott’s seemingly outlandish commitment to the global sales team. Then, McDermott transformed that derision into a white-hot bond with the sales team. (I’m paraphrasing slightly because I’m recalling this from memory, but this is pretty darn close to the verbatim remarks from McDermott.)

“And I will not let anyone—ANYONE!–steal your dreams!” he roared as thousands of salespeople leapt to their feet and gave him a long and raucous standing ovation.

(For more of a glimpse into McDermott’s passion and poise, check out our quick interview from earlier this year.)

McDermott designed his impassioned message to draw an unmistakable close to the dark days the company had been suffering in the wake of the firing of short-tenured CEO Leo Apotheker, who left the company in the worst condition it had ever been in.

How bad was it? In announcing the appointment of McDermott and technical genius Jim Hagemann-Snabe to the co-CEO positions, SAP founder Hasso Plattner said a change was necessary because the share price was way down, sales were down, customers had lost trust in SAP, product-development was at a virtual standstill, the company was rudderless, and employee morale was in the tank.

Into that void stepped McDermott, a high-intensity optimist who knew that SAP’s culture had to be turned inside-out to become a customer-obsessed organization that would embrace rather than try to stifle the nascent cloud revolution.

And since then—from those depressingly dark days for the proud people of SAP—McDermott’s 9-year reign as CEO ushered in a return to vibrant growth, a resurgent culture that began to listen to customers rather than simply dictate to them, a slew of high-stakes but transformative acquisitions, and a relentless replacement of leaders anchored to the past.

Along the way, he more than tripled the value of the company. On the day McDermott took over as co-CEO—Feb. 10, 2010—SAP’s market cap was $50.4 billion. A few months ago, on July 1, SAP’s market cap reached an all-time high of $165 billion. On the day that McDermott announced his intention to leave SAP at year-end, it was $156.5 billion.

The magic of McDermott’s achievement, I think, is centered in that moment of courageous leadership almost 9 years ago when he openly defied the risk-averse and overly cautious supervisory board and made that heart-thumping pledge. “I will not let anyone—ANYONE!—steal your dreams!”

If a company’s leadership is hesitant to believe, is afraid to commit to audacious goals, then how in the world can the company’s product developers and salespeople be expected to deliver them?

Now, of course, SAP’s momentous turnaround was due to much more than McDermott’s heartfelt theatrics at that sales kickoff meeting. Those factors include the ongoing vision and inspiration of founder and chairman Hasso Plattner; the infusion via M&A of new solutions, capabilities and people; the emergence of a new generation of customer-oriented and charismatic leaders; and the ongoing loyalty and support of big-company customers across the globe.

Plattner offered gracious and highly accurate praise for McDermott in the press release announcing his departure. “SAP would not be what it is today without Bill McDermott,” Plattner stated. “Bill made invaluable contributions to this company and he was a main driver of SAP’s transition to the cloud, which will fuel our growth for many years to come. We thank him for everything he has done for SAP.

But as someone who not only observed and followed SAP but also worked there in 2011, I contend that McDermott’s courage, charisma and principled leadership is overwhelmingly the primary reason SAP survived the disastrous times recounted above and transformed itself to become one of the world’s most highly valued brands (at #21, ahead of such icons as JPMorganChase and American Express).

And tripled its market cap.

Became a highly valued destination for great young talent across the globe.

Retained its extraordinary roster of customers in the face of savage competition.

And, perhaps most significantly, attracted and retained a world-class set of young leaders typified by newly named co-CEOs Jen Morgan and Christian Klein, both of whom were groomed by and clearly feel great admiration for McDermott.

Look at these comments from Morgan and Klein from a press release that not only announced their appointments as co-CEOs but also lavished praise (and deservedly so) on McDermott:

That press release was also quite clear in specifying that the decision to move on was McDermott’s. It explained that he will remain with the company through the end of the year to help with the transitions for Morgan and Klein.

As McDermott makes this transition, all of those comments and details reflect the very same type of courageous leadership that McDermott put fully on display—in front of and in defiance of his bosses—during SAP’s troubled times a decade ago.

Legendary leaders step forward and seize such moments. And in electing to pursue his next adventure precisely as he’s experiencing his highest level of success, McDermott is seizing the opportunity to create another chapter to add to his autobiographical book, Winners Dream: A Journey from Corner Store to Corner Office.

In the SAP press release, McDermott offers an upbeat and heartfelt assessment of his time with the company and his excitement about the ascension of Morgan and Klein. But within that multi-sentence comment, this is what McDermott said that stood out most for me:

Because he was clearly speaking about not only Morgan and Klein, but also himself. Where does someone who’s done what McDermott has done go for his next adventure, his next journey, his next dream?

Most of all, I will not be surprised to see Bill McDermott bring to that new chapter—in whatever field of endeavor—the very same courageous leadership, unbridled vision, deeply human empathy, and unquestioned commitment to excellence that has made SAP one of the most successful and respected companies in the world.