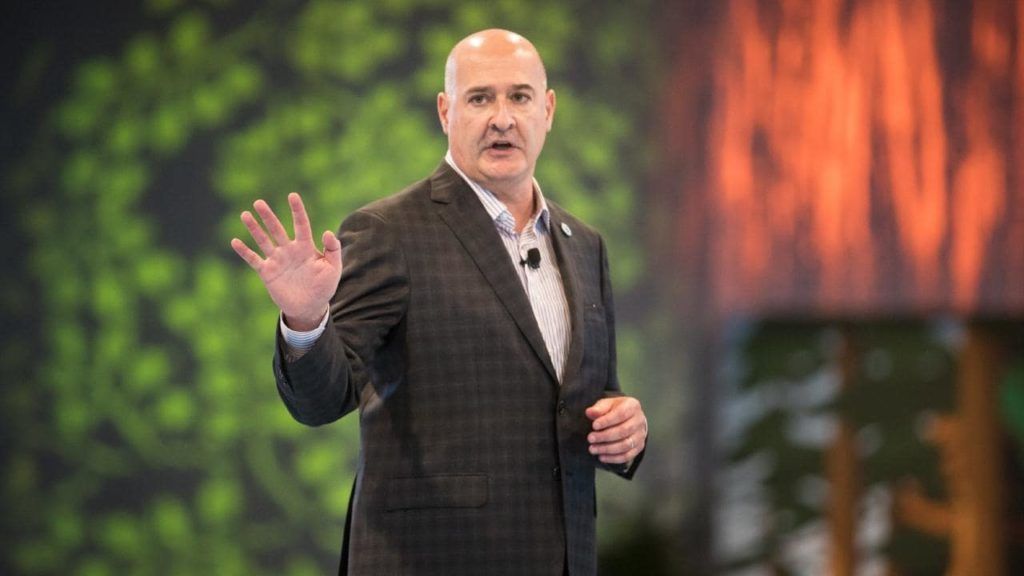 Over the last 6-1/2 years, Keith Block helped Marc Benioff do what few corporations have ever done before.

But in a classic case of “what got us here won’t get us there,” Benioff leveraged the occasion of Salesforce’s record Q4 and fiscal-2020 earnings results to announce the departure of Block and continue staffing up his leadership team for a different set of challenges than Block took on when he came aboard in mid-2013.

At the time, Benioff credited Taylor with creating and driving Salesforce’s Customer 360 platform that is now the cornerstone of the iconic company’s strategy.

But Benioff also made a point of adding in that press release that he expected Taylor to become responsible for not only creating superb products but also driving revenue growth.

Taylor’s new areas of responsibility, Benioff said, “will enable us to drive even greater customer success and innovation as we experience rapid growth at scale.”

The announcement of Taylor’s promotion came very shortly after Salesforce’s annual Dreamforce mega-event, during which it disclosed at its Investors Day session that it plans to double its revenue by the end of January 2024. (You can read all about that in How Salesforce Plans to Defeat Oracle and SAP While Scaling to $35B.)

I think it’s reasonable to question why Taylor’s promotion wasn’t announced at Dreamforce, which is the company’s annual showcase for new products, plans and outlooks. The fact that it was not announced there leads me to believe that sometime during or shortly after Dreamforce, Benioff became convinced that it was time for Taylor to move up regardless of the impact on Block’s responsibilities—and his feelings.

But it was the hiring of a second top-level executive that likely made Block’s position tenuous. In the same press release that disclosed Block’s departure—with mutually gracious words from both Benioff and Block—Salesforce also introduced former BT chief executive Gavin Patterson as CEO and president of Salesforce International.

That’s a new role. And it’s one that cuts into a core area of responsibility—international—previously held by Block.

Benioff was effusive in his praise of Patterson: “We are thrilled that Gavin has chosen to lead Salesforce International headquartered in London. Salesforce International oversees our business in EMEA, Latin America and the Asia Pacific region. Gavin’s global leadership will help us continue to deliver customer success in these important markets. I could not be more excited to have Gavin,” Benioff says in the press release.

So while Block clearly made enormous contributions to Salesforce’s growth over the past several years—his comments in the press release specified that during his time at the company, revenue quadrupled from $4 billion to more than $17 billion—Benioff felt the need to elevate and recruit new and higher-level skills for the future.

That road ahead includes doubling revenue from $17 billion to $35 billion over the next 3 years by winning bigger, deeper and more-strategic deals with large and mid-sized companies across the globe.

Taylor’s product expertise is legendary despite the fact he’s not yet 40. He was a co-creator of Google Maps, he was CTO at Facebook, and he’s started a couple of companies including Quip, which was acquired by Salesforce and launched his steep rise at the company.

Patterson’s 5-year tenure at BT was marked by tumultuous changes within the $25-billion company and across the telecommunications industry, but his experiences there gave him broad and deep insights into how companies across multiple industries were using digital technology to create their futures.

Meanwhile, shed no tears for Keith Block—he leaves Salesforce with an extraordinary track record of achievement not only there but also in his previous career at Oracle, where he became the company’s top sales executive.

His tenure at Salesforce in particular gives him a Rolodex of CEOs, CFOs, CMOs and CIOs that few executives can match, and his strengths in vertical industries as well as in building partner ecosystems will make him highly desirable to many companies in the tech business.

It’s all part of the daily challenges in the Cloud Wars, where what got you here certainly will not get you there.