How Microsoft, Amazon and Workday Are Driving Machine-Learning Revolution 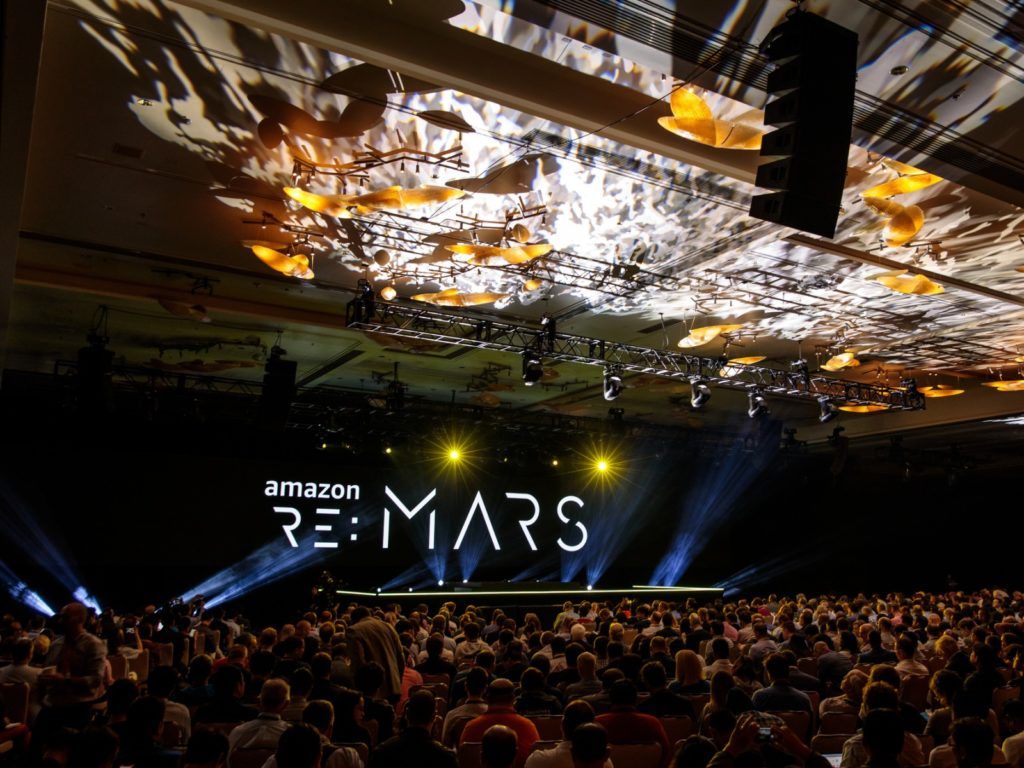 While every tech vendor in the Cloud Wars Top 10 is eagerly exploring the vast potential of machine learning, it was fascinating to see how #1 Microsoft, #2 Amazon and #8 Workday used their latest earnings calls to highlight their broad efforts with a technology that’s rocketed into prominence in the past 18 months. 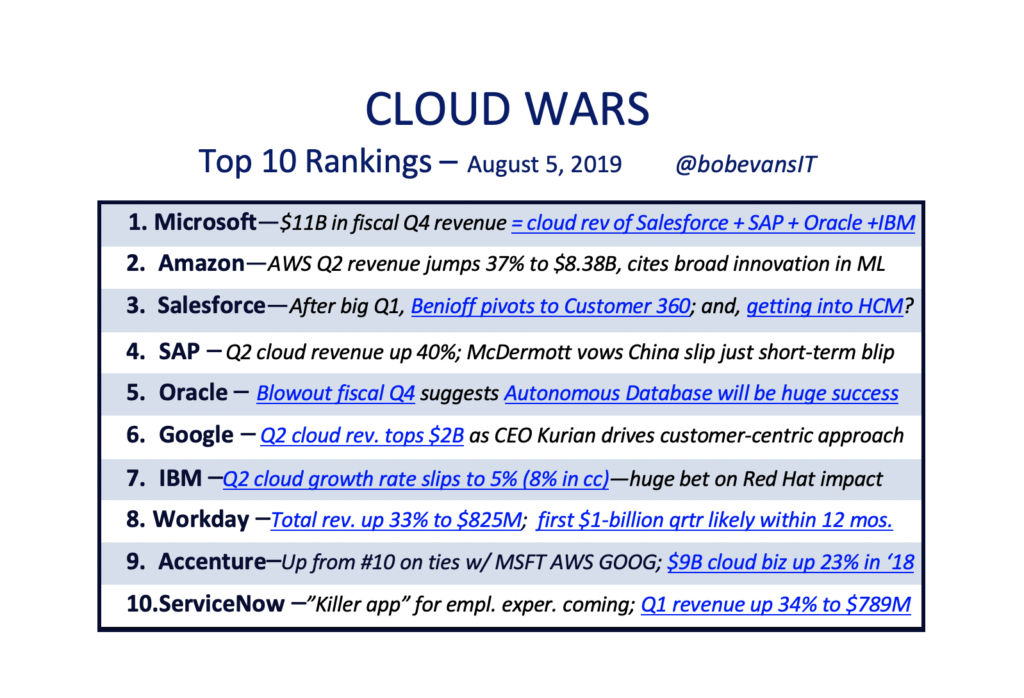 Oracle’s certainly exploiting the full power of ML with its revolutionary Autonomous Database. SAP’s building it into its broad array of cloud applications. And Google Cloud continues to pioneer a wide range of powerful developments in ML and other types of AI.

But if someone suggested just a few years ago that the CEOs of major tech companies would now be committing precious air time on quarterly earnings calls to the business virtues of machine learning, that person would have been ridiculed.

So, as an object lesson, we should all think long and hard about today’s emerging technologies. Of the ones that today appear to be fairly interesting but not quite ready for commercialization, which will become prime-time talking points in 18-24 months?

For example, consider my recent post headlined Microsoft’s $1B Bet: “Most Important Technological Development in Human History”. Sounds a bit melodramatic, doesn’t it? Perhaps too over the top? Maybe even laughable?

On the other hand, one of the world’s most-credible and most-accomplished CEOs, Microsoft’s Satya Nadella, is publicly betting $1 billion of his company’s money that its new partner in this breathtakingly audacious venture can deliver something approaching that vision.

Can AGI truly “shape the trajectory of humanity”?

And the CEO of that new partner, OpenAI’s Sam Altman, has put together quite the impressive track record of delivering on his promises during his tenure as CEO of YCombinator, arguably the most successful startup accelerator in the business.

So is Altman’s claim that this over-the-horizon technology called artificial general intelligence (AGI) can “shape the trajectory of humanity” just a lot of hype? Or could it be that several quarters from now, CEOs will be talking about the real-world merits of AGI in the same breath as ROI?

In that context, let’s take a look at the ML stories told by top executives from Microsoft, Amazon and Workday in their latest earnings announcements to get a sense of just how pervasive—and powerful—this formerly obscure technology has become in a stunningly short period of time.

“The quintessential characteristic for any application being built in 2019 and beyond will be AI,” Nadella said. For Microsoft’s customers, Azure Cognitive Services helps developers “see, hear, respond, translate, reason and more into their applications,” while Azure ML now offers “a no-code approach to machine learning,” he added.

For Microsoft’s own SaaS applications, Dynamics 365 “AI-first modules” represent an “entire new class of applications” for which “no competition even exists,” Nadella said. “We can, in fact, have these modules get deployed in commercial customers even on top of existing business applications.”

Question for business customers: is your company stretching to identify ways it can fully exploit the power of this ML revolution? Because you can be 100% certain that at least some of your competitors are.

Question for cloud vendors: how does the scope of your ML ambitions stack up against those of market leader Microsoft?

“We’re seeing a pickup from customers in their usage, in their increased pace of enterprise migration, and in increased adoption of our services—especially our machine learning services,” Olsavsky said on the earnings call.

In addition to those comments about ML during its earnings call, Amazon also highlighted ML’s rapidly expanding role and impact in the press release disclosing its earnings results. The article above cites several of those customer wins and new-product introductions.

Workday CEO Bhusri: Our ML approach will put us “ahead of competition”

Several weeks ago, in analyzing Workday’s fiscal Q1 results in a piece called Why High-Flying Workday Is Pushing ML over M&A, I wrote:

Asked by an analyst to describe Workday’s approach to infusing its software with machine-learning capabilities, Bhusri said Workday’s taking a long-term approach that will, in his words, put it “ahead of our competition” and even enable it to “extend that gap.”

“For the last three years, we’ve basically been sewing-in the machine learning capabilities into the platform rather than making it an app-by-app feature. You could add machine learning to one specific app, but then it’s not leveraged by the rest of the applications—so instead, we’re taking a longer-term approach by building it into the fabric. And today, we’ve already got several examples of where it’s in place,” Bhusri said as he offered two examples:

The machine-learning revolution is not on its way; it’s here. Of course the revolution’s only just getting started, but that doesn’t mean you’ve got plenty of time to sit back and wait and see what your competitors might do or not do.

No, that’s a recipe for disaster. CEOs of tech companies don’t kibbitz on earnings calls about far-off stuff; they focus on what’s driving growth, opportunity, and competitive advantage.

And top execs from three of the highest-flying vendors in the Cloud Wars say the ML revolution is in full swing.

Are you on board?

Disclosure: at the time of this writing, Workday, SAP, Oracle and Google Cloud were clients of Evans Strategic Communications LLC and/or Cloud Wars Media LLC.