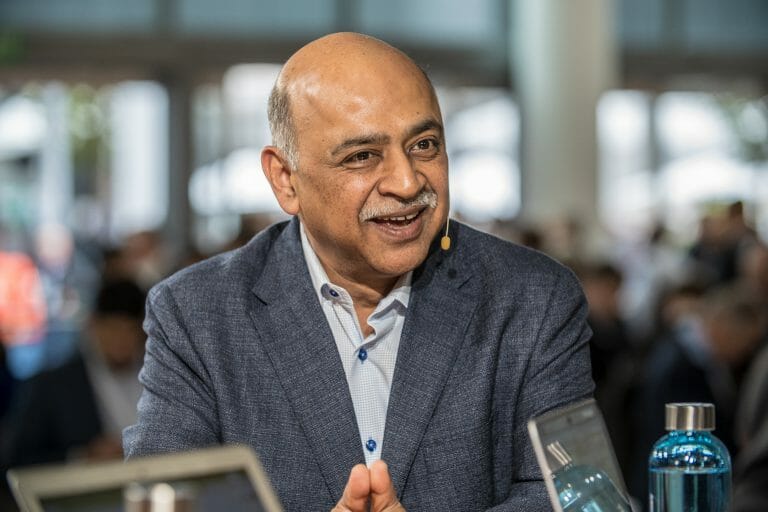 IBM CEO Arvind Krishna yesterday laid out a clear and compelling strategy for how and why IBM’s $22-billion cloud business has become not only IBM’s engine for growth but also its strategic foundation for the next decade.

Two weeks into his new role, Krishna used yesterday’s Q1 earnings call to address two enormous issues. First, he spoke to the deep impact of COVID-19 on IBM’s employees, operations and revenue. And second, he outlined plans for returning growth to IBM.

For too long, IBM’s various divisions and product groups operated almost as independent states, which served only to hide from clients the company’s greatest value: a provider of both world-class technology and world-class industry expertise.

Krishna pounced on that flaw early in his opening remarks.

“The ultimate outcome that I am absolutely committed to is growth for our company as we emerge from the pandemic. A key area of focus is to ensure that IBM leads in the two major transformational journeys our clients are on: cloud and AI,” Krishna said.

Saying that hybrid cloud will be the fourth “enduring platform” from IBM across its 119-year history, Krishna then made the vital note that an indispensable point of differentiation for IBM is its expertise in industry-specific services.

“Clients, however, need more than a platform: they need a deep industry expertise. This is why the services that clients rely on to build and manage the hybrid cloud platform is a massive opportunity for IBM.

And while that enormous opportunity is the long-term aspiration, IBM’s acquisition of Red Hat continues to deliver very respectable cloud growth in the near term. For Q1, cloud revenue was $5.4 billion, up 23% when adjusting for divested businesses and currency.

It is impossible to overstate the significance of that tangible growth for not just the cloud business but for the company overall. In any industry, a company that fails to grow will inevitably fail to capture the interest and trust of its customers and will begin the agonizing downward spiral into irrelevance.

So with the cloud business marking its second straight quarter of impressive growth—in Q4 of 2019, cloud revenue was $6.8 billion, up 23%—IBM has given customers, partners, employees and investors reasons to believe.

And we must bear in mind that IBM delivered that 23% growth in Q1 despite the impact of COVID-19 for the month of March.

You can get full details from IBM’s press release, but I want to highlight a few Q1 numbers called out by CFO Jim Kavanaugh:

IBM CEO: “I run a war room on that every week”

Krishna hammered home his focus on this mega-opportunity in hybrid cloud when an analyst asked him to name the metrics by which his performance as CEO  should be evaluated.

“Other than revenue or a pure financial metric, a key metric is the number of clients on which we are engaged on hybrid-cloud engagement. We talk about it from a product perspective, we talk about 2,200 clients to date,” he said, setting the stage for the inclusion of IBM’s services expertise.

“But as we begin to wrap those also with services engagement, I think that’s the second metric that is effectively a leading indicator towards the overall revenue metrics, because that’s the precondition for that. And that’s where we are driving the entire company to—that’s what I’m focused on. I run a war room on that every week, and that’s what our sales forces are incented to go get done.”

Looking ahead for IBM and CEO Krishna

Now, I clearly understand that there’s a big difference between what a company says it wants to do, and the actual execution of those plans. But Krishna’s comments during the call—particularly about the essential need for IBM to pair technology with industry expertise—provide lots of grounds for optimism.

On top of that, the simple fact that Krishna chose to participate in the earnings call—something that predecessor Ginni Rometty never did, which completely baffled me—also underscores the change in direction and leadership at the iconic company.

“The past few weeks have catapulted us into the world of virtual selling and remote delivery,” Krishna said during his opening remarks.

“These entail new ways of working and this is a reminder that we should always be asking ourselves, is there a better way to do this?

“If you don’t question why you’re doing things, you’ll never evolve into something better.”