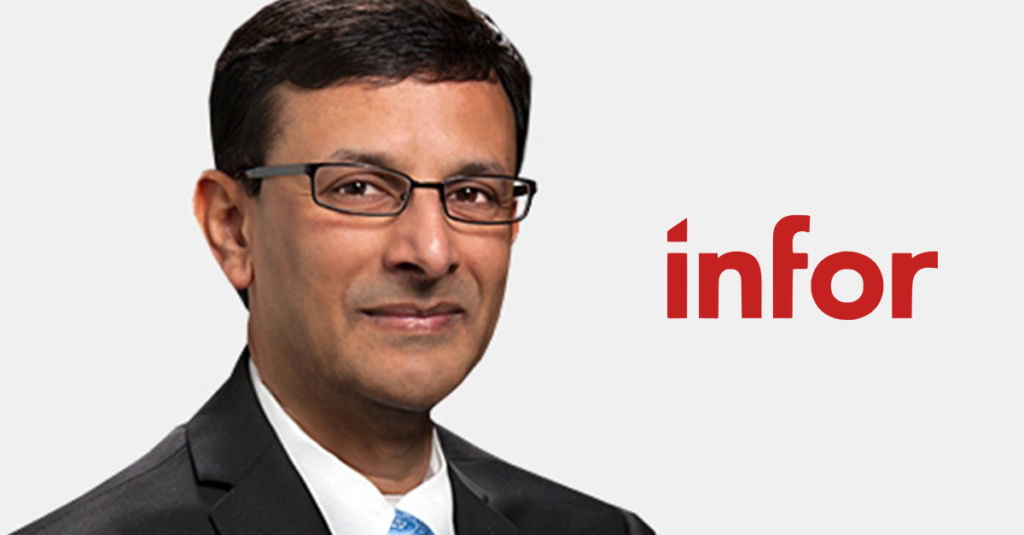 On top of that, Infor is competing in the explosive industry-cloud segment against many of the most well-known, successful, ambitious, and wealthy technology companies on the planet. Call it Infor’s Dilemma: while emphasizing that it receives significant financial support from massive parent Koch Industries, Infor has also decided in essence to bet the company on the R&D muscle of cloud-infrastructure partner Amazon.

Facing that type of competition on an everyday basis—and I would love to hear from anyone who can offer up a more savagely competitive and high-stakes market—it seems like a wise move for Infor to leverage the power of one of the big 3 hyperscalers (Amazon, Microsoft and Google), whose average market cap is just a few bucks short of $2 trillion.

Infor has decided to go all-in with AWS, and president and CTO Soma Somasundaram recently shared with me his rationale to “ride on” Amazon’s $42-billion R&D budget. (For more from our conversation, check out today’s Cloud Wars Minute episode on LinkedIn.) And that’s a stance I find to be both clearly reasonable and clearly risky.

No doubt Infor is hoping to mitigate that risk by spending an undisclosed but very large amount of money every year with AWS, a number that Somasundaram says makes Infor the largest software-company customer of AWS services. In fact, Infor said its relationship with AWS is so strong that AWS regularly customizes its services to meet the specific needs of Infor.

In advance of my interview with Somasundaram, Infor shared some financial data that I’ll get to in a moment, and also offered this perspective on its relationship with AWS:

We have more-diverse consumption of AWS services (elements of technology) than any other enterprise software company. For example, we are the biggest consumer of Microsoft on AWS (AWS has mentioned this). We evolve, adapt and utilize most AWS services to improve our products, and AWS develops and expands its services, in many cases, to meet our requirements.

“It makes sense because they’ve already built much of what we need. Our data lake is built on their technology, and our data graph is built on their Dynamo Database,” Somasundaram told me in our recent video interview.

“We use their elastic load balancing and their autoscaling, and we used their SageMaker technology to create our Coleman AI. We leverage every possible element of their R&D, and we do so on a global scale as Infor CloudSuite is deployed in multiple regions across the world.”

For several hundred customers, that combination is paying off very nicely, and their spending patterns with Infor are impressive. But the larger question is this: can Infor turn those several hundred big-spenders into several thousand to keep up with the rapid scaling of its well-heeled and better-known competitors?

A couple of days before my call with Somasundaram, the Infor team shared some numbers with me about customer spending. Here are the highlights:

Hey, we all face risks every day—they’re a part of life, and without them life would be a lot less interesting. So Infor has to be betting that its extreme loyalty to AWS will result in a reciprocal level of loyalty that, if not quite up to the “extreme” level, will at least be enough to ward off any competitive initiatives from the big dogs outlined above.

So far, that bet appears to be paying off for Infor, whose annualized industry-cloud run rate of $1 billion is among the highest in the Industry Cloud Top 10.

At the same time, Infor should never forget the iconic words of Amazon founder and chairman Jeff Bezos: “Your margin is my opportunity.”