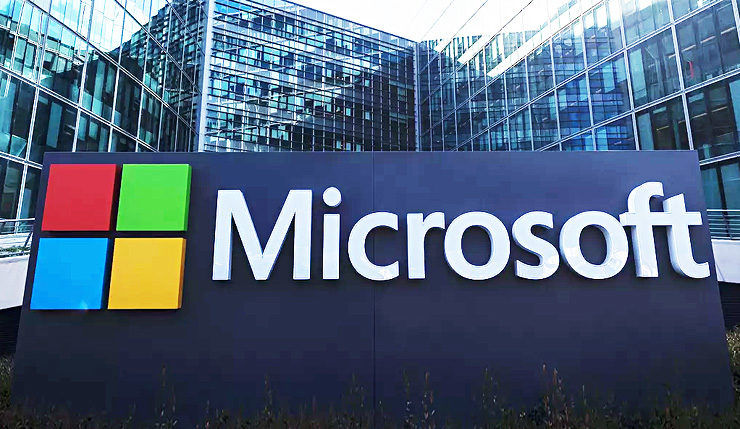 Some additional perspective: the $11 billion in commercial-cloud revenue for Microsoft’s fiscal Q4—traditionally its largest quarter of the year—was more than 30% larger than the $8.38 billion revenue figure posted by Amazon’s AWS unit for the same period.

So I wanted to offer some deeper context for those very big numbers from Microsoft. And I’ll do that with 10 telling details from Microsoft’s earnings call last month. (If you then want to see how Microsoft expects to keep the big growth numbers coming, please see Microsoft’s $50-Billion Moonshot: #1 Cloud Vendor Lays Out New Growth Plans.)

“Our commercial cloud business is the largest in the world, surpassing $38 billion in revenue for the year, with gross margin expanding to 63%,” CEO Satya Nadella said very early on the call. I believe this is the very first time Nadella has publicly stated that #1 Microsoft’s cloud business is larger than #2 Amazon’s.

Nadella: “In a world where every company is a software company, developers will play an increasingly vital role in value creation across every organization. And GitHub is their home. GitHub is used by more than 36 million developers as well as the largest enterprises, including the majority of the Fortune 50.”

Nadella: “Our differentiated approach – from developer tools and infrastructure to data and analytics to AI – is driving growth. The world’s leading companies trust Azure for their mission-critical workloads, including more than 95% of the Fortune 500.”

Nadella: “The citizen developer movement is here, and we are empowering it. 500 million new apps will get created in the next five years – more than the total created in the last 40.”

Nadella: “Microsoft 365 is the world’s productivity cloud. It empowers everyone – including 2 billion first-line workers around the world – with an integrated, secure, AI-infused experience on any device.”

6. The explosive growth of Teams.

CFO Amy Hood: “In FY19, we closed a record number of multi-million dollar commercial cloud agreements, with material growth in the number of $10-million-plus Azure agreements. Commercial bookings growth was significantly ahead of expectations, increasing 22% and 25% in constant currency, driven by strong renewal execution and an increase in the number of larger, long-term Azure contracts.”

8. $91 billion in Azure revenue not yet recognized.

Hood: “Our contracted not recognized revenue was $91 billion, up 25% year over year, reflecting our continued momentum and growing long term customer commitment. We expect to recognize approximately 50% of this revenue in the next 12 months.”

Hood: “Azure revenue increased 64% and 68% in constant currency with another quarter of strong growth in our consumption-based business and continued moderation in our per-user business. And our on-premises server business grew 5% and 7% in constant currency, with roughly 4 points from stronger-than-expected demand ahead of end-of-support for SQL and Windows server 2008, as well as continued strength across our hybrid offerings, premium versions, and GitHub.”