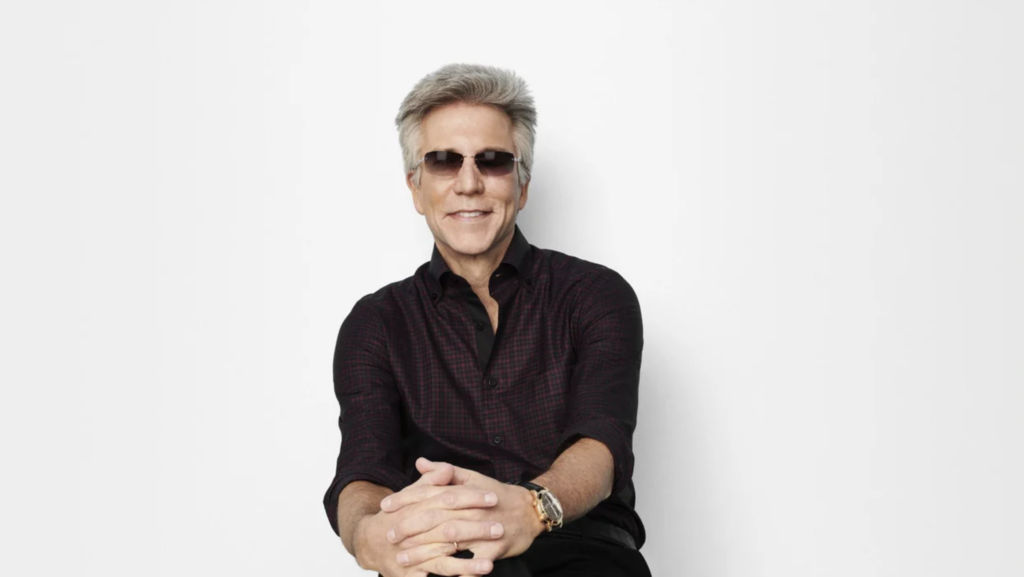 As ServiceNow has become one of the world’s hottest companies and currently sports a market cap of more than $100 billion, CEO Bill McDermott has articulated a powerful and compelling vision for creating a software company that can do things no other company can achieve.

On my weekly Cloud Wars Top 10 rankings, ServiceNow is #7 after recently knocking IBM out of that spot and down to #9.)

I’ve certainly extolled McDermott’s hyper-passionate outlook before—for example, The Quotable Bill McDermott: 10 Insights from CEO of Soaring ServiceNow—but as things in not only the software industry but every industry are changing so incredibly fast, McDermott’s inspiring outlook can provide value to leaders across the board.

So in that context, here are about a dozen excerpts from McDermott’s conversation with Morgan Stanley analyst Keith Weiss at a recent investment conference.

Take a deep breath—and off we go.

“Obviously, digital transformation is the opportunity of this generation… The move to cloud computing is absolutely fierce and it’s increasing in its pace, because it’s the only way forward. And of course, if you think about business-model innovation, companies will earn 30% of their revenue in the next three years from businesses they are not in right now.”

“One of the things I said right out of the gate is we have to be the C-suite favorite company. And now we’ll have a conversation in automating financial services. Instead of having a product or even a solution conversation, we’re having a $600-million or a $1-billion conversation, because that’s what’s on the line for the customer. And when you start off the meeting that way, and then you back into how you can help them, it changes the context of everything.”

“We increased our executive briefing volume 80%, year-over-year, and we got the entire management team focused not just on our company, but on our customers’ customer, and what their companies needed to do to win. And that became our complete obsession… When you have a customer-centric culture, and the mission that you are on is bigger than yourself, and everybody believes that they’re in the workflow, and they are automating the customers’ future, you’d be surprised at just how inspired a culture can get.”

“We have really big, great, large tech companies today that could be hyperscalers  or they could be in a very unique component of technology where they already took the world by storm and they’re valued in the trillions. And that’s fantastic. But you also have 20th-century companies that have served the enterprise. And they have done a very good job of serving the enterprise. But they’ve done it in a 20th-century style. And I believe that ServiceNow is a 21st-century software company. We want to work with everybody, because we integrate seamlessly with everybody. So we can actually make 20th-century companies perform like 21st-century companies…

“So we want to be the most innovative, the fastest-moving, most resilient enterprise performer for our customers on the planet. And I do believe you’ll know when we get there, because I expect that there will be a reordering of the 20th-century participants and a 21st-century leader like ServiceNow, and I do believe that we’ll be one of the large, substantial global brands for generations to come.

“If I look at what these customers have gone through, they’ve poured billions into IT in the last 30 years, and they got a hornet’s nest on their hands of complexity. And it’s so complicated to get beyond systems and silos. And people working together is really hard, because right now everything is optimized for one department at a time. But when you look at it from the CEO purview, they just want to win. And they want all the people to come together around a common mission to deliver something unique and really special for their customer. At ServiceNow we create that software factory that enables them to manage security, development, operations, service management, asset management, business management, operations management, that whole IT backbone.”

“We’re in a frictionless economy. But in customer service, why are things so hard? We should have customer-service management in the enterprise that’s as easy as getting DoorDash delivered to your house tonight. And that’s what we’re doing for Disney and AT&T and many other companies that want to go direct-to-consumer and bypass the complexity. How can it be that there are billions of call-center calls, and everybody in the call center can’t wait to churn and leave their job? There’s no virtual agent that’s taking over and enriching people’s lives and simplifying their work—but we can do that. We solve the root cause, we get to the work order, we close the loop and make the customer happy, and we do it quickly.”

“But they tend to be very good at one thing, and they are focused on one thing, and that’s become their core business. And that’s great. We have no quarrel with any of them. As I said, we’ve created a new market, we integrate seamlessly to 550 systems of record, we integrate seamlessly to all the collaborative tools. We don’t play favorites, because we want everybody to get behind the customer winning. And that’s kind of been our internal rallying cry: we’re not going to play negativity and go against other companies because we’ve created a new market—our market never existed before us. And nobody else has what we have.”

“How do you deliver modern digital workflows that streamline services for personal and business loans? If you ever saw how complex this is—and I know because I sat through the review process on it—it really does hurt your teeth. What we have done is completely automate that process with AI. So when you can spot the bottleneck with AI, and make a business recommendation to a businessperson to say not only is this a bottleneck in the process, here’s what it’s costing you in productivity. Then if you turn that into dollars, here’s the implication—so change it! And that’s what they love.”

“I think the defining measure is the fact that we never told the customer, ‘You don’t have a choice.’ We give choice. And if the value is not there, they they don’t give us the money. So what you have to realize is the customer saw the uplifted value in that AI workflow automation, where they wouldn’t have given us the money and they could still get the standard offering if they wanted, but they want a Pro SKU. Now we’re over 20% penetrated. We still have nearly 80% to go—not too bad. And we’re doing that for all the solutions.

“So I really think we’ve got the right culture and mindset. This is all about customer centricity, absolute total conviction, to innovation, to automation, and to delivering value. If the customer doesn’t get the value, you don’t get the sale.”

“The power of the CIO and the CTO has been fully restored in the enterprise. For a while, there was a decoupling between the line of business executives and the CIO or the CTO. That was in the early days of the cloud where operational expenses were easy to come by. And best of breed solutions did very well with line of business executives. But what happened was the CEO realized probably along with the COO and the CFO that, ‘We got a happy CHRO and we might even have a happy director of sales, but as it relates to the performance of the whole company, we’re not going very far. And we’re pouring a lot of money into technology. Why is it that we’re not able to innovate faster? Why is it that our people aren’t happy? Why is this that our customers aren’t buying more and retaining or staying with us and our retention rates aren’t going up?’

“And that’s because they weren’t working across those silos very well. They weren’t working in teams to get something very specific done that really mattered to the company. Now that has all fundamentally changed with the workflow revolution. And that is the biggest change that has empowered the CIO and the CTO.”

“Just think about call-center operations and the soul-crushing nature of the work and those poor people that can’t wait to resign. They actually turn over 20% minimum a year, no matter what company you look at, and it’s because they don’t have the tools at their fingertips. When that’s the case, forget about upsell and cross-sell—you get a mad customer calling up and you’re like, ‘Oh, by the way, do you want to buy my new service for $10 more a month?’ But the customer says, ‘I want to hang up now.’ So they don’t want to be up-sold and cross-sold at the moment of truth—they want to be serviced.

“And I think that is really the compelling differentiating factor of ServiceNow. Now our imaginations, our fantasies and their ambitions are limitless. So I don’t want to limit our range just to $35 billion, but for now that’s where we’re focused. And once we get the job done there, I am sure we can springboard into new dimensions.”

The big global systems integrators are “a very big force multiplier, Keith. When I first came to ServiceNow, I was very keen to meet all the CEOs and chairmen and chairwomen of these large partnership companies. And it was striking to me just how limited the ambition was. We basically stretched the ambition from conversations about hundreds of millions to $1 billion. And then the next meeting was couple of billion and it just keeps going up. And what you see is companies like Accenture building a gigantic practice around ServiceNow, and actually dedicating a global general management division in their entire worldwide practice to ServiceNow.”