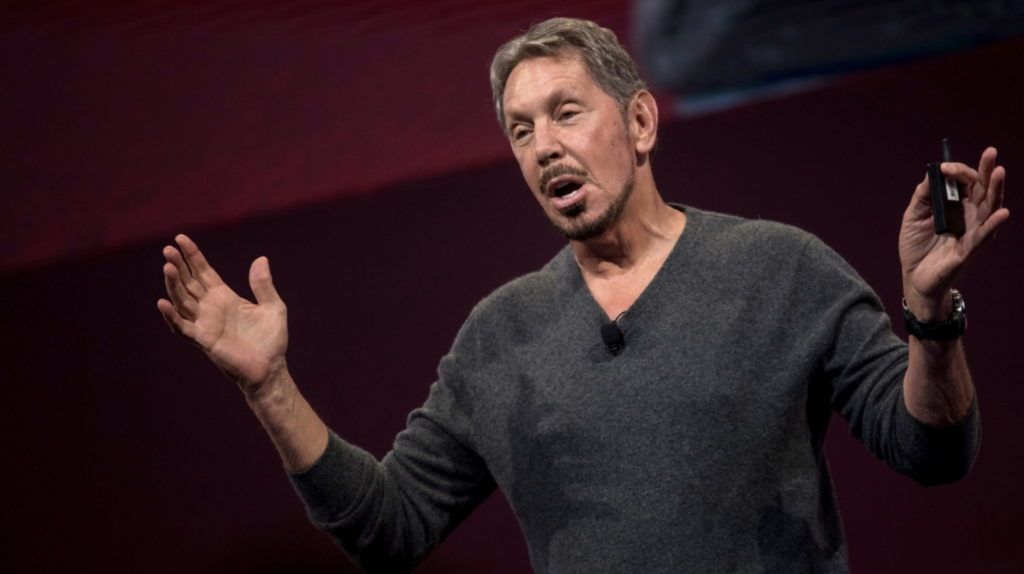 Just five months shy of his 78th birthday, Oracle founder Larry Ellison never got the memo about going gently into that good night and is in fact becoming even more competitive, more aggressively ambitious, and more expansive in his vision.

Ellison would have been a force of nature at any point in history because of his restless intellect, his insatiable desire to achieve and excel and compete, and his all-too-human fixation on reshaping the world around him.

But I would venture to suggest that the cloud has played a massive role in the resurgence of Larry Ellison because it has given him—as it has given millions of other dreamers and visionaries and strivers—a new set of possibilities to build upon, a new set of technologies to dream about, new worlds to conquer, and a new inspiration to create and achieve things never before possible.

Okay, so that’s a lot of flowery talk—and while I believe every single word of it, my job is to raise ideas, propose insights, and then see if by the power of evidence and argument I can demonstrate that those ideas and insights are worthy of your time and consideration. So let me see if I can articulate why this near-octogenarian is playing not just a highly influential role but indeed an increasingly influential role in shape-shifting not only the tech industry but the entire business world as well.

During Oracle’s March 10 earnings call for its fiscal Q3 ended Feb. 28, Ellison took aim at two competitors with which he’s jousted frequently in the past: SAP and Amazon. But he wasn’t quibbling about nonsense such as whose apps have more font sizes or whose logo is more impressive—rather, Ellison in each case was describing the possibility of a massive restructuring of the tech business and the enormous ramifications that would have for customers by giving them new and better technology to help them dazzle their customers in the acceleration economy.

And it has been Ellison’s indomitable vision that has driven the product innovations at Oracle that, in his opinion, will topple some long-standing leaders and elevate Oracle to the top spot in the digital future. Let’s start with his remarks about longtime nemesis SAP. 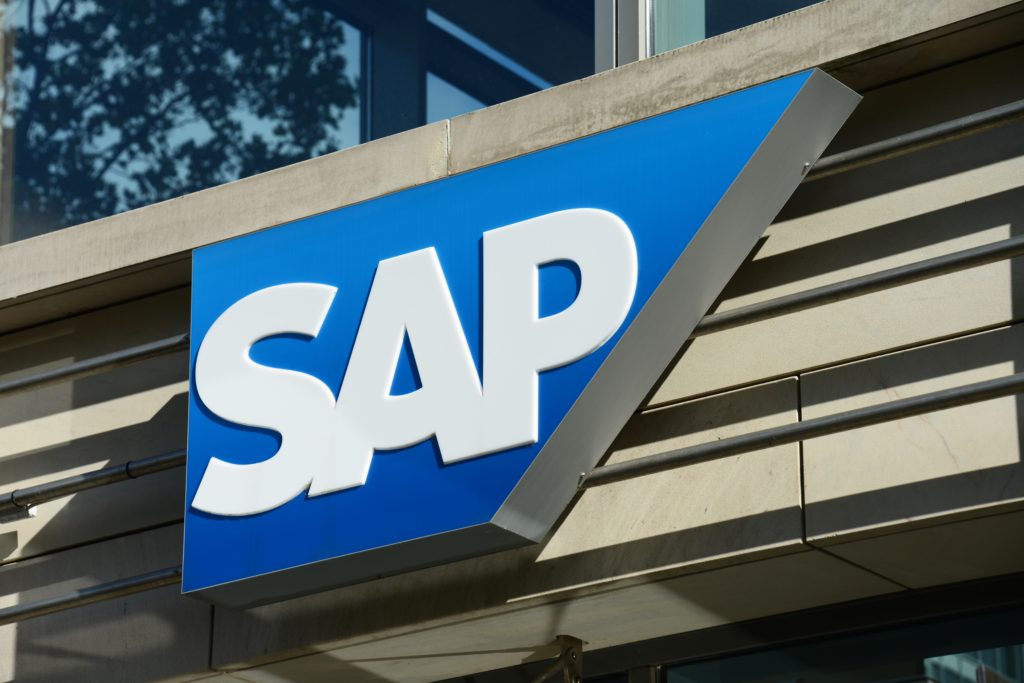 About 2 years ago, Ellison began to turn up the heat on archrival SAP, saying that Oracle was on the verge of convincing significant numbers of SAP’s huge base of on-premises ERP customers to switch to Oracle Fusion ERP. A few quarters ago, Oracle executive VP for applications Steve Miranda shared with Cloud Wars a long and detailed list of customers moving some of their ERP apps to Oracle.

And last week, Ellison returned to that theme during the earnings call, citing 14 specific customers who chose Oracle over SAP in head-to-head competition for cloud ERP (11 customers) and cloud HCM (3 customers).

“We just had a go-live at DHL, and DHL is really interesting,” Ellison said on the earnings call.

“It was a go-live in Germany and Austria, right in SAP’s backyard. And we have a number of other wins in Germany, and this is why we’re pretty confident these days against the former winner in the on-premise ERP wars, SAP.

To allow SAP a chance to comment on the customer claims made by Ellison, I asked SAP if it would care to offer a response. A company spokesperson provided the following comment, and what really caught my eye was SAP’s claim that in Q4 competitive battles for cloud ERP solutions, SAP’s S/4HANA Cloud was the winner more than 70% of the time.

“As evidenced in our numbers, it’s clear that customers are turning to SAP cloud solutions to help them emerge even stronger from this disruptive time,” SAP’s statement began. “SAP met or exceeded expectations in 2021, with Current Cloud backlog growing 26% and S/4HANA cloud revenue up 61% in Q4. Companies moving to S/4HANA, enabled by RISE with SAP, included CVS, Panasonic, IBM and Standard Chartered Bank, in Q4 alone. We now have nearly 5,000 S/4HANA cloud customers and our win rate against competitors in Q4 was more than 70%.” 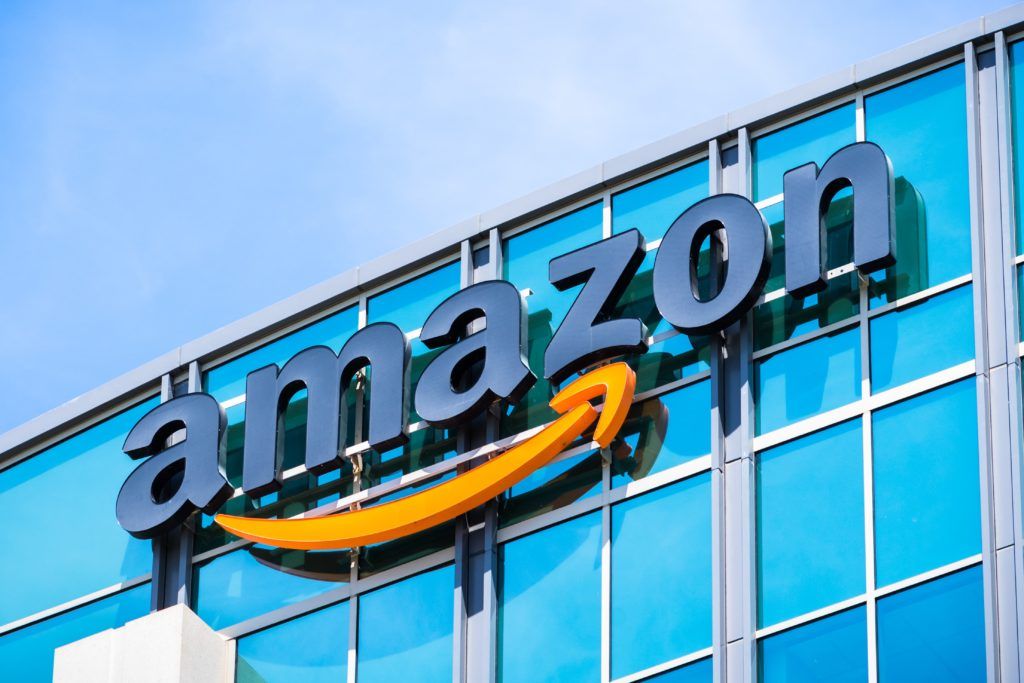 Ellison later described the second highly aggressive competitive front on which Oracle is battling, with this one centered on the huge market for MySQL databases. Not content to nibble at the margins, Ellison launched an all-out frontal assault on Amazon’s AWS and it “multibillion-dollar” business for MySQL Aurora for transactions plus Redshift for analytics.

“AWS has their own version of MySQL, and they call it Aurora,” Ellison said. “AWS MySQL Aurora with Redshift is a multibillion-dollar business. And we’re going after that business in two ways (emphasis added).

“And it does query processing a lot better than Redshift or Snowflake. Because we decided for the first time to make HeatWave a multicloud product,” said Ellison, noting that it runs not only in the Oracle Cloud but also in AWS and Azure.

“Why did we do that?” Ellison asked rhetorically, with a predatory buzz coming through in his voice.

“We did that because we’re going after the Aurora user base and the Redshift and Snowflake user base. We want to make it really easy to convert from Aurora and Redshift or Aurora and Snowflake to Oracle HeatWave. And if we’re running on AWS, for example, you press a button, a couple of buttons, and your data is moved immediately to Oracle MySQL HeatWave.

You do not have to change your application at all. You press a couple of buttons, and you move it. OK. Why would you do that? Well, because the cost performance benefits of moving to MySQL HeatWave are extraordinary.”

In his prepared remarks, Ellison quickly focused on the massive healthcare industry and its myriad challenges as well as the vast opportunity it represents to cloud providers with ambitious visions.

“We now have over 10,000 Fusion ERP and HCM customers,” Ellison said, “and, for the first time, we’re beginning to see—I mean, we’ve been in this business long enough to get a sense of this—the chance for us to roll up certain industries, starting with the largest industry on Earth: healthcare.”

Ellison then described how Oracle intends to address a series of intractable challenges faced by hospitals, other providers, payers, and pharmaceutical companies:

Pretty ambitious? No question about that—but these ideas capture perfectly the big-picture breakthrough thinking Ellison has always generated. And he is clearly pumped about Oracle’s prospects for achieving something no other company has ever been able to pull off.

“That’s why we think we’re in a good position to roll up healthcare, which is a gigantic industry. No one’s ever really tried this before, but we have all the pieces,” Ellison said.

“We have the payment pieces, and we automate a lot of the insurers. We have HCM, which allows us to help them manage their workforce. We have ERP, which helps them keep track of inventory. And soon, we will have Cerner, which will help them to deliver care to patients. Plus, we have clinical-trial systems for the pharmaceutical base.

“We have the entire portfolio, and we’re interconnecting all the pieces so we can make that ecosystem work efficiently for the first time.”

During the Q&A portion of the call, Ellison was asked to explain the potential of that grand vision for healthcare, and he certainly did so. The analyst responded by saying, “Yeah, it sounds like a massive value unlock if it gets all pulled together.”

Good point—because yes indeed, if Oracle’s able to pull off an end-to-end set of purpose-built integrated solutions for the world’s largest industry, that certainly will be a huge boon for Oracle’s business.

But it was at this point that Larry Ellison showed a third part of his personality to complement the Predator and Disruptor facets that have largely dominated his public comments. And that third side is the Dreamer, and I think this is where Ellison acknowledges that while he at 77-1/2 is still as feisty and ambitious and hard-charging and energetic as ever before, he’s also eager to expand on that foundation and openly acknowledge his long-time but understated desire to make the world a better place.

“I think we can do it and I think we’re on our way to doing it,” Ellison replied. “And if we do, then yes, the benefits to Oracle are great.

“But actually, this is at least for me personally—this is a mission.

“The benefits to every patient in the world are going to be enormous. So we need to do this.

“Because the pandemic has shown a variety of weaknesses in our healthcare systems. And now we have the technology to address those weaknesses, and that’s what we’re going to do.”

And that right there captures the very essence of the Cloud Wars: optimism, possibility, innovation, opportunity, growth, and big dreams.

For more on my impressions of Larry Ellison from the fiscal Q3 earnings, see my post: Cloud Wars Minute: Larry Ellison Takes On SAP, Amazon, and Healthcare System Weakness