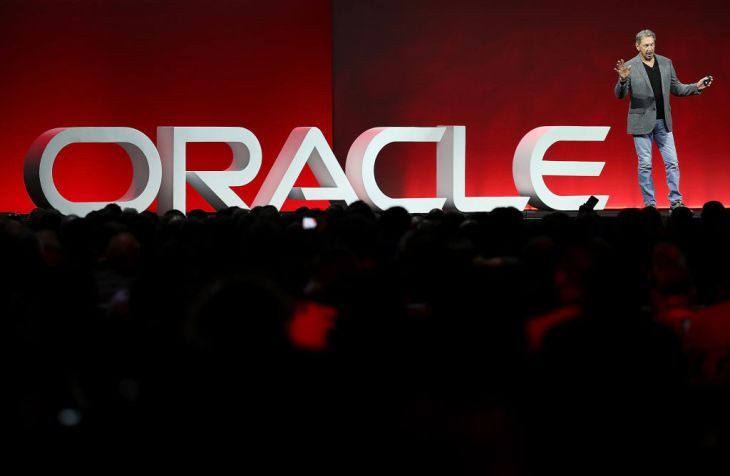 Larry Ellison’s stunning disclosure that Oracle now has a $2-billion cloud-infrastructure business with a triple-digit growth rate turns Oracle from a tough-talking but unproven fringe player into a high-performance player worthy of being seen as a legitimate peer of industry leaders Microsoft, Amazon and Google.

And, says Ellison, the best is yet to come.

“Once again in Q3, Oracle’s Gen2 Cloud Infrastructure business added customers, and grew revenue at a rate in excess of 100%,” said Oracle Chairman and CTO, Larry Ellison. “We are opening new regions as fast as we can to support our rapidly growing multi-billion dollar infrastructure business.”

Later on the call, Ellison said revenue for Autonomous Database, which is an OCI service, would “explode” in Oracle’s fiscal 2022, which begins June 1. For Q3, Catz said Autonomous Database revenue was up 55%, so the explosion predicted by Ellison would presumably push that number much higher.

“We see a lot of database acceleration starting next fiscal year,” Ellison said in response to an analyst’s question about the growth outlook for Autonomous Database.

“And we’ll also be fine in Q4—but we expect it really to explode—and I really do mean very rapid growth—next year.”

Then, leaning a bit, well, oracular, Ellison shrouded that forecast in a bit of intrigue. He added, “We’re not ready to disclose our exact plans that will drive that, but we expect very rapid database growth next year.”

In replying to another question about OCI, Ellison emphasized the highly strategic part that its advanced cybersecurity capabilities are playing in helping convince big customers to sign up for Oracle’s cloud infrastructure.

“There are two things that are interesting about OCI on the security front. First, we believe security should always be turned on, that there should be no ‘light switch’ that lets customers turn security features off,” Ellison said.

“In fact, in our Max Security Zone service security is always turned on—you cannot turn it off. You can’t open a network link that puts your infrastructure in danger.

“With no human labor, you can’t misconfigure a system that leads to a loss of data,” Ellison said.

“For customers, that’s been one of the most attractive attributes of OCI—in addition to great performance and lower price—we do  abetter job of securing your data. And that’s been a decisive factor with a lot of ISVs and other customers.”

Eight months ago, in a piece called Larry Ellison’s Miracle: Oracle Becomes Big-Time Cloud Infrastructure Player, I concluded with this thought: Oracle might never come close to matching Amazon, Microsoft or Google in IaaS revenue, but Ellison is making damn sure that Oracle’s in the race and forcing the competition to be very, very aware of his presence.

Well, if they weren’t before, they surely are now.

Disclosure: at the time of this writing, Oracle and Google Cloud were among the many clients of Cloud Wars Media LLC and/or Evans Strategic Communications LLC.