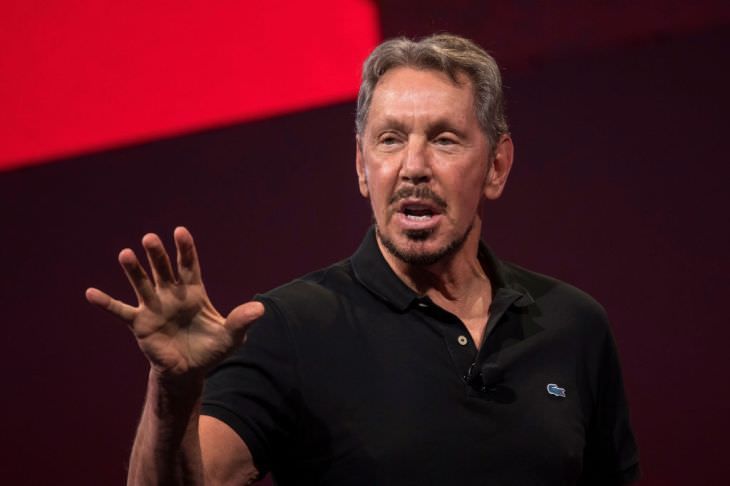 The best way to understand where Oracle’s headed is to listen to what Larry Ellison says. So it was fascinating to see the subtle but powerful shift he made late last week in specifying which of the company’s huge range of assets will determine whether Oracle succeeds or fails in the rapidly emerging cloud marketplace.

In Oracle’s earnings calls 6 months ago and 3 months ago, Ellison began his prepared remarks by saying with great precision that the company’s future was riding on two products: Cloud ERP, and Oracle Autonomous Database.

But in last week’s earnings call, Ellison dropped the references to those two specific products and instead broadened his “bet the company” statement to encompass the two sweeping businesses in which those specific products reside: Cloud Applications and Cloud Infrastructure.

Splitting hairs? I don’t think so—not by a long shot.

And toward the end of this column, I’ve excerpted Ellison’s precise language from the past 3 earnings calls so you can evaluate the changes for yourself.

So, strategic taxonomy aside, how did Oracle’s Cloud ERP and Autonomous Database do in Oracle’s fiscal Q3, which ended Feb. 28?

CEO Safra Catz said Cloud ERP revenue for the quarter grew in “the mid-30’s,” and CEO Mark Hurd said that Oracle’s two biggest SaaS suites—Fusion Cloud ERP and HCM—are now on a combined annualized run rate of $2.8 billion, meaning they combined for revenue of $700 million in the quarter.

In the previous quarter—not the year-earlier Q3, but in the Q2 immediately preceding this Q3—Oracle said the combined revenue for Fusion Cloud ERP and HCM was $650 million, indicating a very strong sequential quarter-to-quarter growth rate of about 7.6%.

While the company did not disclose revenue figures for Autonomous Database, Ellison said it is proving itself to be in these early days the most successful product launch in the company’s history.

So: does Ellison’s evolving language really matter? Take a look for yourself, starting with what he said 6 months, then his comments from 3 months ago, and then from last week.

Excerpt from Ellison’s opening comments on Q2 earnings call on Dec. 17, 2018: “Oracle has two strategic products that will determine the future of our company: Cloud ERP and the Autonomous Database…  But more than being simply the technology leader in ERP applications, the analysts also confirmed that Oracle has translated that technology leadership into market leadership in Cloud ERP, with nearly 6,000 Fusion ERP customers plus more than 16,000 NetSuite customers, and we’re adding about 1,000 new Cloud ERP customers every quarter.”

Excerpt from Ellison’s opening comments on Q3 earnings call on March 14, 2019. Note that not only does Ellison shift his focus from Cloud ERP to Oracle’s entire SaaS portfolio, but also he does not even mention Cloud ERP: “Oracle’s future rests on two strategic businesses, Cloud Applications and Cloud Infrastructure. The growth in our Cloud Applications business has been driven by our Fusion suite and NetSuite. Both the Fusion suite of applications and NetSuite are growing very, very rapidly, and Mark gave you the numbers. Most customers want their cloud services provider to make their applications work together. Customers do not like to be responsible for the complex process of integrating lots of different applications, running on lots of different vendors’ clouds. We think our integrated suite approach to the Cloud Applications business is a primary reason for the very rapid growth in our Cloud Applications market share.”

Disclosure: At the time of this writing, Oracle and SAP are clients of Evans Strategic Communications.