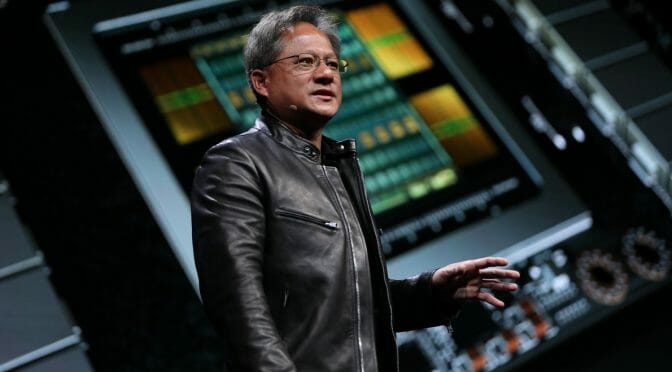 As part of Oracle’s remarkable ascent in the cloud-infrastructure business—a shift that Larry Ellison has long predicted but hasn’t delivered until this year—the company recently made a slew of updates about new chip partners and advanced hardware capabilities.

While each announcement was impressive and revealed that Ellison and Oracle are going to push very hard on advanced technology as a major differentiator, the one that really grabbed my attention was the one about AI-deployment breakthroughs with Nvidia.

In a video conversation during an “Oracle Live” launch event, Nvidia founder and CEO Jensen Huang said his new A100 GPU is the culmination of a decade of work aimed at using the concept of “deep learning” to greatly accelerate the speed for training AI and ML models. Huang laid out his compelling vision in a conversation with fast-rising OCI superstar Clay Magouryk, who hosted the event and laid out Oracle’s plans.

Huang, describing deep learning as “the big bang of AI today,” said, “Clay, our data-center business is doubling every year and it’s doubling off of really large numbers. And it’s happening at a time when the type of software that’s trained with AI really wants to be accelerated by GPUs.

“We recognized that about 10 years ago and we leaned into it really, really hard,” Huang said. “This is really what’s been propelling our growth, this this new type of software that’s called deep learning, and it’s the big bang of AI today.”

Many business customers have told Huang that they’ve got a “massive demand for larger and larger models,” and that dynamic led to the deep partnership with Oracle because of the very aggressive advanced-technology plans Magouryk has been driving.

Addressing Magouryk, Huang said, “We’re building on the impressive work that you guys have done, right? The thing that you guys did that’s going to be really helpful to enterprises around the world is implementing a bare metal large-cluster system.”

That unprecedented move by Oracle is part of what Magouryk described as a very purposeful “revolution” versus a steady evolution.

“We didn’t just kind of take this as an opportunity to evolve our GPU platform—we really wanted to go and push for a revolution,” Magouryk said in his remarks to open the video event.

To meet those escalating needs of business customers eager to harness the power of AI and ML via high-performance training models, OCI made huge advances in RAM, storage and cluster-networking to optimize the new Nvidia A100.

“This is a huge benefit to the customers that have these extremely large training models that they need to work on very quickly,” Magouryk explained.

And if Magouryk was aggressive in his outlook for what the partnership could deliver, Huang might have been even more so as he pushed the notion of making mainstream AI and ML solutions available to many thousands of businesses across the globe.

“We want to put this in the hands of all the enterprise customers all over the world,” Huang said, “because we now know very well that every company is going to be an AI company.”

Can Oracle Snatch Trillion-Dollar Hybrid Market from Microsoft and IBM?