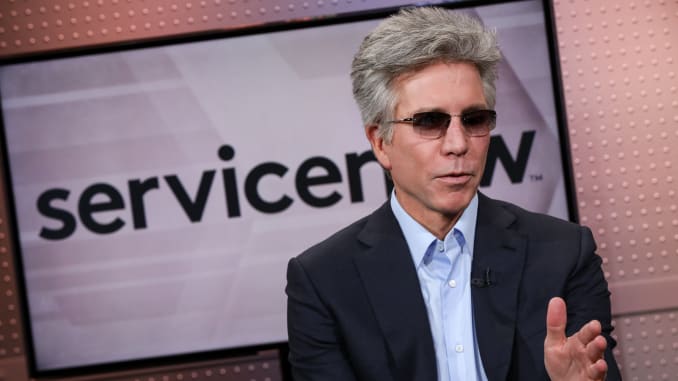 While Oracle’s revenue is about 10 times larger than ServiceNow’s and SAP’s is about 8 times larger, ServiceNow’s $90-billion market cap is now about exactly half of that of those two world-class enterprise-software companies.

Market capitalizations are those big numbers that not only show us where a company is today but also indicate where some think it might be headed. So what do these seemingly nutty numbers cited above tell us about these 3 companies on my Cloud Wars Top 10: #5 SAP, #6 Oracle and #9 ServiceNow?

This is the company whose applications and data-management solutions run huge portions of the global economy. Plus, SAP has a number of high-potential new offerings either just released or in the pipeline:

its Industry Cloud, which will allow it to unleash new AI and ML capabilities to give its hundreds of thousands of customers more industry-specific insights and capabilities;

near-term full integration of all of its applications into a unified data model and architecture, making it easier and faster for businesses to get closer to their customers and unlock new revenue opportunities; and

in the high-potential world of CX, a newly imagined suite is expected to be unveiled in mid-October.

The market values both SAP and its longtime rival Oracle at almost exactly the same mark: about $180 billion. So let’s take a look at what Larry Ellison and his company’s doing to merit that valuation. (For sake of comparison, Salesforce, which is #3 on my Cloud Wars Top 10, recently had a big spike in its market cap, which now sits at about $220 billion. For more on that, please see The Magic of Marc Benioff: 10 Key Drivers Behind Salesforce Q2 Surge.)

For many years, Oracle was far ahead of SAP in both revenue and market cap but in the last 12-18 months SAP has gained ground on Oracle in revenue—Oracle’s at about $40 billion, SAP almost $32 billion—and has reached full parity in market cap.

Founder and chairman Larry Ellison generally dismisses talk about the company’s overall slow growth rate because, he says, the unimportant parts of the Oracle business are declining, but the new and vibrant segments of the company—Oracle Cloud—are growing rapidly.

Ellison’s company has seen its market cap climb recently on exactly that type of growth outlook: in addition to ongoing strength in its SaaS business, Oracle has recently begun talking more and more about growth in its IaaS business, which for years was a non-player in the huge market. But now, with a growing number of global businesses picking its OCI and Autonomous Database as the foundations for the cloud journeys, Oracle has significant growth prospects across its cloud portfolio. And the market is responding accordingly.

Since former SAP CEO Bill McDermott took control a year ago, ServiceNow’s been among the highest of the high-flyers with its market cap up close almost 75% since his arrival.

McDermott has boosted investments in advanced technology across ServiceNow’s portfolio, but more important has reimagined dramatically the company’s position and potential in the market. Instead of being a very successful but mostly wonky company operating at or toward the edges, McDermott has lifted ServiceNow up and planted it squarely in the middle of the digitally powered “workflow revolution.”

He’s got ServiceNow punching far above its weight with revenue of $4 billion and a market cap about 22.5X that revenue number. He’s pushed the customer discussions beyond the IT department to the CEO and C-suite by positioning ServiceNow as the engine for digital transformation, for interconnecting workflows, for accelerating the speed of operations, and dramatically shortening time to value for customers.

Why ServiceNow is everybody’s darling

Well, it sure doesn’t hurt that the company’s growing in the mid-30’s and that McDermott has openly laid out ServiceNow’s path to $10 billion. And by being one of those cloud-native companies that had no legacy portfolio to rationalize or juggle while also building out a world-class cloud suite of products, ServiceNow has been able to move at a speed that much larger companies find hard to maintain.

How much do market caps matter?

If you’re choosing an enterprise-software vendor, market caps probably aren’t at the top of your list of priorities. At the same time, they reflect a sense of confidence—or perhaps belief—about what the future holds for that vendor, be it good, bad, or indifferent.

I’ve chosen to take an occasional look at market-cap numbers because they’ve become so big and so lusty that they provide additional evidence that the enterprise-cloud is clearly seen as the foundation for the digital economy of the next 25 years.

And I rather like that name “Market-Cap Madness”—because while there’s a lot of rational thinking going into the market’s valuation of these companies, it’s also at least a little bit mad because the world’s never seen a market quite like this.

Here at Cloud Wars, we’ll try to offer periodic sanity checks on the market caps of the Cloud Wars Top 10.

Medical Moonshot: How Novartis and Microsoft Are Using AI to Reimagine Medicine