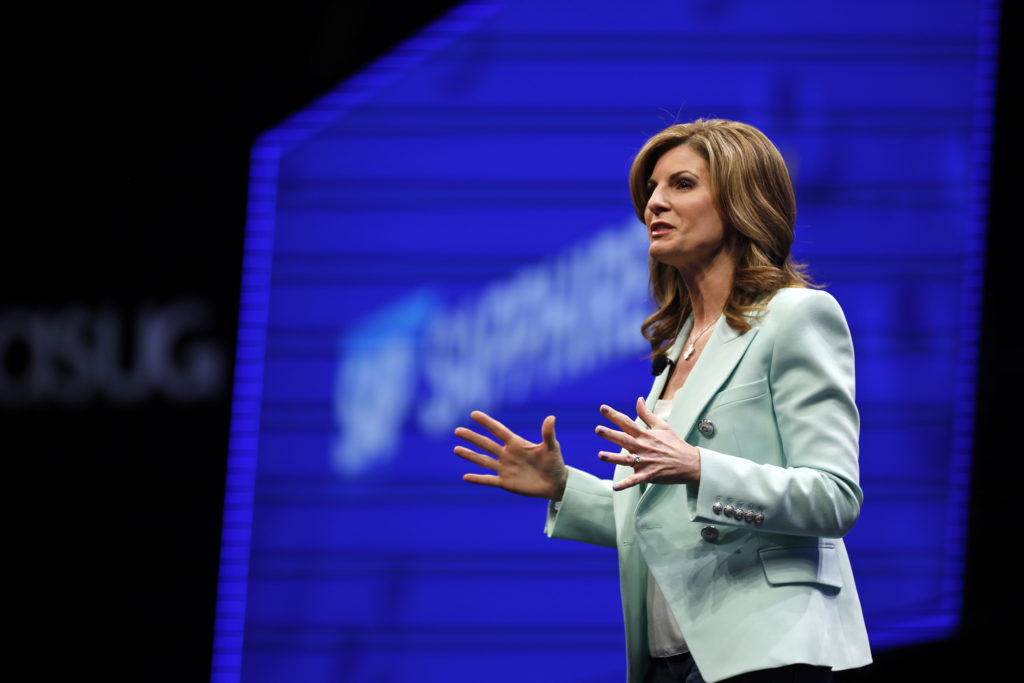 As part of SAP’s wide-ranging new approach to working with hyperscalers and integrators to accelerate customers’ journeys to the cloud, Microsoft is hiring hundreds of dedicated SAP experts to sell SAP Cloud applications to Azure customers.

SAP’s new ecosystem program is called “Embrace.” And it represents a shift to higher levels of customer-centric collaboration with each of the three largest hyperscale cloud-infrastructure providers—Microsoft, AWS and Google Cloud—as well as with systems integrators and other partners.

“SAP and Microsoft have lots of shared customers. And from the customers’ perspective, there can be lots of voices around the table, not just our two companies but also our global strategic service partners,” Morgan said in outlining the objectives for the Embrace program.

“And what was happening was that customers were left having to piece all of those voices and all of that technology together.

“So we realized we have to work together in new ways to simplify things for customers and improve and accelerate their journey to the cloud by taking an outside-in approach all the way down through product engineering,” Morgan said.

That will involve what she called a “prescriptive journey” tailored in large part to a customer’s specific needs, competitive situation, business model, technology readiness, and industry. It will also include, in concert with the hyperscalers and integrators, a portfolio of differentiating services optimized for that specific company’s circumstances.

Microsoft’s Althoff offered his perspectives on the role Microsoft is eager to play in driving new levels of customer-centric business value in the booming cloud marketplace. He said that Microsoft’s efforts have extended to the point where “we’re staffing up hundreds of dedicated SAP practitioners inside Microsoft to sell those solutions.”

Althoff said Microsoft is in the midst of a “fantastic journey with SAP” built on a long-time “alignment across engineering, sales, support, and right out to customer locations to help them move to the cloud and modernize their business processes.”

But as those engagements have intensified in scale and in urgency as businesses move as quickly as possible into the digital world, “we found that we were leaving customers with just too much variability and too many options to sort through and figure out—we were, without intending to, leaving huge amounts of work for the customers to do,” Althoff said.

“So these prescriptive approaches and reference architectures we’ve come up with in partnership with SAP are intended to help guide customers forward through those choices and questions—that’s the model of the Embrace program,” he added.

Before offering a few more details about that program, I want to interject here that the move by Microsoft and SAP to have a limited but highly qualified portion of the Microsoft sales organization begin selling SAP cloud applications is, in my opinion, astonishing.

Because, for customers, it tightens the strategic integration of not only the wide array of software offered in concert by Microsoft and SAP software but also the shared and deepened commitments both companies will have to those customers.

That deeply shared sense of partnership and purpose includes a wide range of technological enhancements to Azure that Microsoft announced at Sapphire (we’ll cover those in a future piece) along with this comment about how and why the two cloud powerhouses are working together more closely than ever before:

“With more than 90% of the Fortune 500 using Microsoft Azure and SAP, our 25-year partnership with SAP has always been about mutual customer success,” Microsoft said in a blog post announcing its new SAP-on-Azure capabilities.

That post cited a Forrester report claiming that SAP customers running on Azure can achieve on average an ROI of 102% with a rapid payback-timetable on those cloud investments of just 9 months.

“We didn’t have a common language, a common fabric for moving forward with customers—but now with Embrace, we do.”

Morgan then crystallized the situation: “Both companies, without intending to, were spending too much time with customers talking about the wrong things: infrastructure and managed services and this product and that product, instead of what the customers really want and need.

“The harmonization just wasn’t coming through from us. But now we’re using market forces as a tailwind, and instead of just talking about the ‘what’ we’re now talking as well about the ‘how’.”

It’s also important to note that the Embrace program from SAP is not limited to Microsoft—it extends fully to AWS and Google Cloud as well, a point Morgan emphasized on a couple of occasions. But Microsoft is in the driver’s seat early because it has taken the initiative and because, as Althoff pointed out, it has invested significantly in building wide-ranging expertise with SAP technology and applications.

In a press release outlining the Embrace program, SAP said that customers will “benefit from shorter negotiations, streamlined teaming and faster risk-managed implementations” built around these components:

Disclosure: at the time of this writing, SAP and Microsoft were clients of Evans Strategic Communications LLC.