Microsoft Is #1 in the Cloud, and CFO Amy Hood Is Bullish on the Future 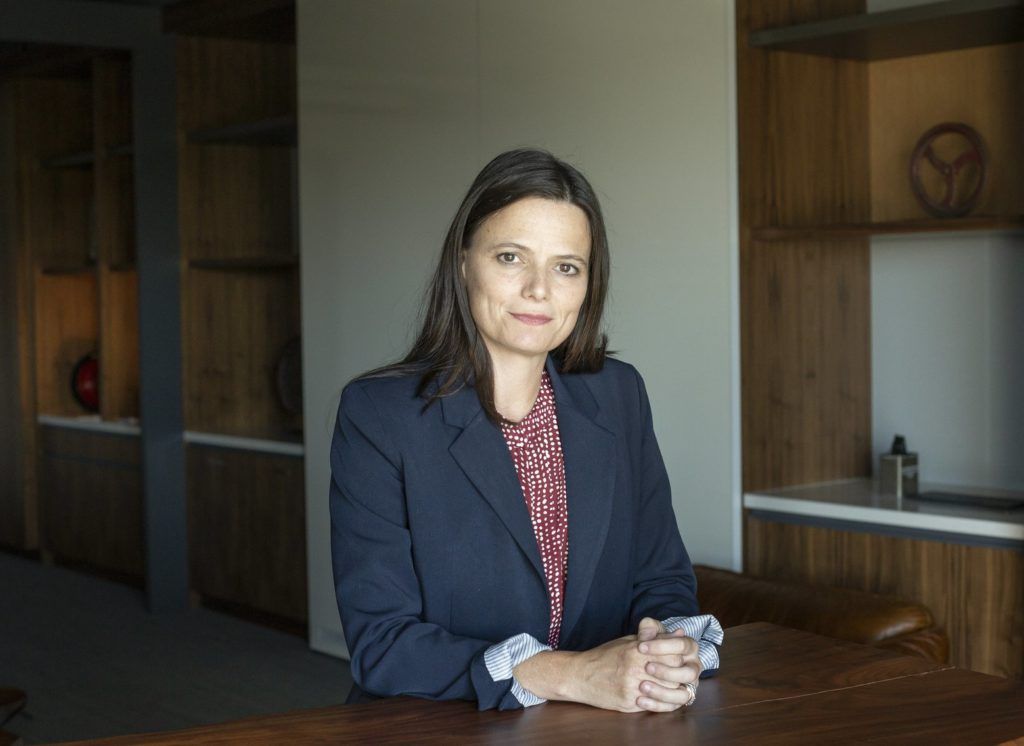 Speaking at an investors conference earlier this week, Microsoft CFO Amy Hood offered a range of insights into the company’s strategy while calling out particularly strong performances “across each of our cloud properties” and in Windows for security.

In a Q&A session with Morgan Stanley lead software analyst Keith Weiss, Hood consistently expressed her optimism in a catchphrase that’s a particular favorite of hers and CEO Satya Nadella: that she “feels good.”

And there are many, many things in the Microsoft portfolio and playbook about which Hood is feeling good. All underpin Microsoft’s ability to have something close to a stranglehold on the #1 spot on the Cloud Wars Top 10. Such as:

Hood is not only a superb financial leader but also deeply steeped in all aspects of Microsoft’s business. So let’s hear directly from her on 10 reasons she’s bullish—and “feels good”—about Microsoft’s prospects for the future from the Microsoft transcript of the conversation with Weiss.

“If you look at where we’ve really focused, I think you see it in our results across each of our cloud properties, as well as in Windows for security. And you see those results in the bookings—and for me, bookings is really just a statement of both obviously years of research-and-development investment, followed by sales-and-marketing investments to support that based on opportunity.”

2. Because customers are playing the long game.

“Most of those are multiyear commitments that customers are making, and people don’t do that lightly, and we certainly don’t take them lightly once made. So I think it’s less of a one-year view that I have on these things and more of a multiyear frame, and feeling well-positioned for the next decade.”

3. Will IT become a larger percentage of GDP? And if so, who wins?

“If you think about it, over the next decade, do any of us sort of sit and say IT will be a bigger or smaller piece of GDP no matter what that number is? I absolutely believe it will be a larger percentage of GDP in the next decade than it is today.

“And if that’s true, being well-positioned for that growth, no matter its pacing quarter to quarter, tends to be just how I look at the world in terms of demand. And the conversations we’re having with customers really reflect that.”

4. Hybrid cloud is becoming the standard for enterprise IT.

“The reality that compute will need to exist at the edge and in the cloud, a thing that we call generally hybrid, I think is a reality that people are now beginning to see.

“We’ve been architected that way from the beginning and have been talking about the advantages of that also from the beginning. I do feel that some of these recent announcements we’ve made make that more and more real for people, when you talk about the importance of latency, or sovereignty, or privacy or security in terms of the portfolio we have and how customers think about it.”

5. Customers are drivers behind the rise of hybrid—it’s how they want to run their digital businesses.

[For the past few years, Hood has consistently hammered home the point that Microsoft has zero preference about whether customers buy cloud or on-premises products and services because it’s Microsoft’s job to provide a seamless architecture for both rather than steering them to one or the other.]

That number for us is best seen in the server and cloud products KPI. We talked about that for a long time, and I know people really focus on one or the other. But if you think about what customers are asking, and how customers are contracting and what they are trying to achieve, it’s far more similar to the all-up KPI… One-third of the customers who have those Hybrid Benefits are starting to use them in Azure… I do believe that going forward that opportunity for us is just beginning. And that again sort of reinforces why I tend to focus more on the server and cloud products KPI.

6. The market opportunity in hybrid is “explosive.”

“I tend to believe that any view of trying to get a specific number in any specific quarter to say, ‘Did the server on-prem number go up or down and the Azure number go up or down, and is there some large drag or not,’ is probably getting a little myopic in terms of the overall trend line, which is, is the overall cloud opportunity represented by on-prem, hybrid and Azure continuing to show the growth and execution that we feel good about in terms of the explosive TAM and our market opportunity within that TAM?”

7. Playing in all layers of the cloud is a benefit for customers.

“I also think the fullness of our commercial-cloud offerings matter. It’s not just Azure, for example. It’s the conversations we’re able to have with customers around their total digital transformation by workload, by solution. And it stems across Microsoft 365, Dynamics, as well as Azure in terms of this really mattering to customers, and relevance, and adding industry layers. And I feel quite good about that.”

8. Microsoft’s data business is about to boom.

[Weiss asked Hood to name any premium services that have become “real hits.”]

“I think if you looked across our data story, it’s a place that I would, in particular, highlight great progress over the past year. And I think we’re pretty excited about what the next year has to offer.”

[While Hood was likely “pretty excited” about various parts of Microsoft’s business, the data segment was the only one that elicited that specific praise from her.]

9. The breakaway power of Microsoft 365.

“Microsoft 365 is the solution that brings together Office 365, our EMS story, as well as Windows Commercial. It’s not simply a bundle—it’s about innovation done at the core that is shared amongst those products that get sold within that bundle. And the reason we spend a lot of time talking about it, is it really is the product that we lead with, with our customers. It is, in fact, their language with us increasingly over what really a modern and secure workplace and collaborative environment and experience for users looks like…

“We’ve said recently that 25% of our Office 365 contracts are executed this way. And really what that’s meant to do is to tell people, wow, this is really the hero motion for us in terms of engaging with our customers and the conversation they want to have with us.”

“Dynamics is really fundamentally about addressing what I think just sets the early part of curve on reinventing business processes as they work today with the vast amounts of data that are available in a cost-effective manner… It’s a place where we have spent the year investing a lot more in sales capacity, which we’re excited about… And this is a place where I just think we’re in the very early parts of the cycle in terms of what reinventing business processes will look like for the next decade. So this is certainly a place where I think my optimism remains high. We did see Dynamics 365 growth accelerate in Q2 on a larger base of business.”

Every time I start to get the impression that Microsoft’s trying to do too many things too quickly, I take a look at comments from Amy Hood. Her insights, her rational thinking, her unfailingly consistent set of principles about what the company is doing and why are always—always—grounded fully in reality.

So if Amy Hood frequently states that she “feels good” about various aspects of Microsoft’s breakaway business, it’s not hard to see why.