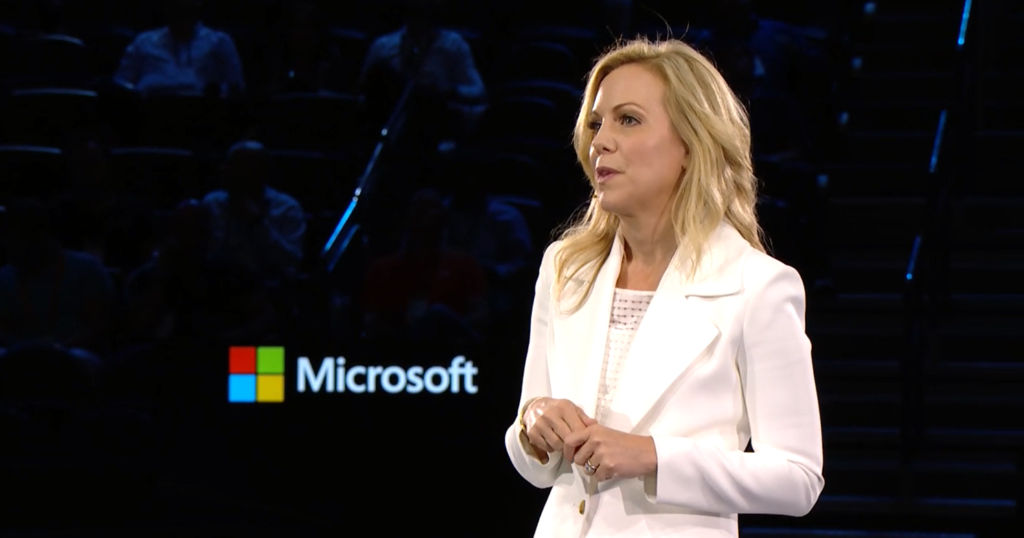 On my weekly Cloud Wars Top 10 rankings, Microsoft has been #1 for 2-1/2 years. On our new Industry Cloud Top 10, Microsoft is currently #6—but I suspect that Taylor’s newly expanded org will soon be taking some aggressive steps to improve that standing.

The move means that Microsoft has now united, under Taylor’s direction, six high-growth and high-impact software businesses that just 4 years ago were fragmented in separate organizational units:

With those formerly disparate groups now tightly aligned, Microsoft will be better able to bring to bear for customers a more complete and unified set of solutions to address the fast-changing and increasingly complex business processes demanded by the rise of digital business.

That could give Microsoft a big leg up over some competitors that have not addressed these organizational challenges. You can view some of my more-detailed thoughts on this in this recent episode of our Cloud Wars Minute daily news and commentary show.

Speaking earlier this week at a JPMorgan investors conference, Taylor disclosed her expanded portfolio in her opening remarks after being asked by analyst Mark Murphy to describe her background and current role.

It’s been a remarkable ascent for Taylor, who said she began in Microsoft’s developer division “way back when” and was later promoted to run the Azure division, which she said back then was called Cloud Enterprise.

Taylor’s shift into the applications side of Microsoft began 4 years ago when she was named global product marketing lead for Dynamics 365, which since then has been on an outstanding growth trajectory.

Here’s how Taylor described her career path over the past 4 years, and her narrative reveals Microsoft’s rise to becoming an enterprise-apps powerhouse in the cloud first with Dynamics 365 and then Power Platform plus industry clouds, and now further enriched with the additional of high-potential solutions built on data, AI and mixed reality.

“Right as we were moving from an on-prem business into a cloud business and really sort of what we call mainstreaming the business—moving it out of a kind of end-to-end business unit into a more functional model—I was brought in to run product marketing for Business Applications, which includes Dynamics 365 and our Power Platform and was then expanded to add our Global Industry unit as well,” Taylor said.

This is a big step forward for Microsoft and I believe we’ll see other leading software companies reconfigure their software assets in ways that mirror the emerging needs and requirements of customers, rather than as disconnected chunks of technology.