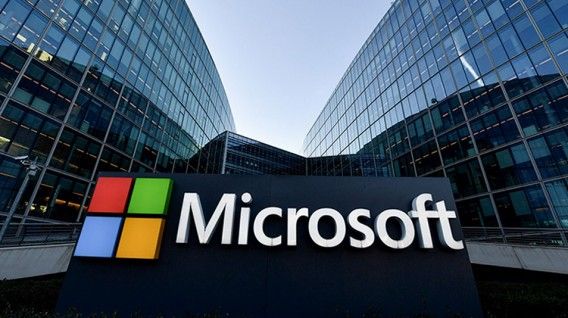 In another sign that the cloud-computing business ranks among the greatest growth markets ever, Microsoft is likely to crack $10 billion in quarterly cloud revenue when it posts its earnings results next week.

A little perspective on that: a cloud vendor with $10 billion in revenue for a full year—let alone the 3-month period in Microsoft’s case—would be the sixth-largest enterprise-cloud company in the world.

Microsoft’s fiscal year runs July 1 through June 30. On April 24 it will release earnings for its fiscal third quarter ended March 31. With its Azure business growing in recent quarters at more than 70%, and its Dynamics 365 business at more than 50%, Microsoft has a very good chance to post another quarter of revenue growth for its entire “commercial cloud” of close to 50%.

Here are the recent revenue figures for that commercial-cloud business, which covers Office 365 Commercial, Azure, Dynamics 365, the commercial portion of LinkedIn, and other cloud segments:

With its current emphasis on helping guide customers through digital transformation, Microsoft has rung up a series of high-profile deals with some huge global corporations. I’ve covered many of them in recent articles:

To hit the unprecedented level of $10 billion for the 3 months ended March 31, Microsoft’s cloud revenue would have to grow 47% on top of the $6.8 billion it posted in its fiscal Q3 a year ago.

Does 47% seem feasible given Microsoft’s rapidly growing cloud-revenue base?

And given its overall market momentum, plus the rapidly growing appetite among business executives for bigger and broader cloud deployments, I think it is highly likely that Satya Nadella’s company will post its first $10-billion cloud quarter when the numbers come out on Wednesday, April 24.

In fact, I’m going to predict the commercial-cloud business posts revenue of $10.1 billion for the quarter.