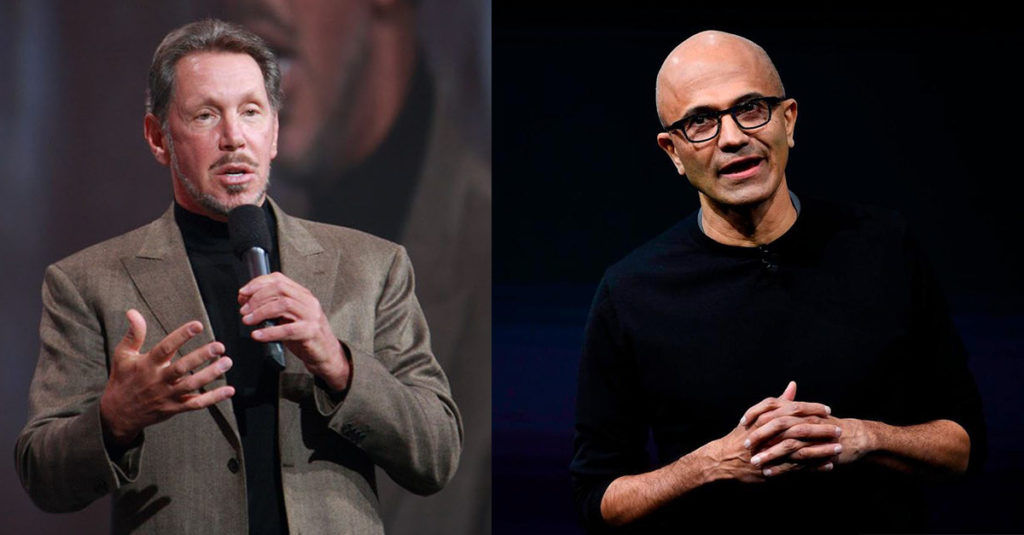 One of those highly competitive segments is the booming category of cloud-native databases. And since we’ve taken a close look at what Oracle’s been doing with its highly disruptive Autonomous Database, I asked Microsoft about what it’s been up to in this advanced field of self-tuning and self-securing databases.

Microsoft replied via email with some broad perspectives. One of those is that Microsoft does not use the term “autonomous” in this context but instead refers to “built-in intelligence.” It also provided a couple of recent customer stories.

I’ll first touch on a few of the high-level points that Microsoft shared, and then the two customer use-cases.

“Microsoft has been building AI into our data platform products since the release of Azure SQL Database in 2010,” said a company spokesperson via email.

“The company’s core objective for built-in intelligence is for customers to spend their time on the most impactful areas of their business, instead of wrestling with infrastructure, managing databases, or worrying about security and availability.”

But Microsoft feels human judgment continues to be necessary for some areas of database operations, including in some cases the selection of appropriate security policies. In those cases, Microsoft said, “humans will continue to play a key role even as we provide databases with the proper information to perform ‘autonomously.’”

Taking a Different Approach than Oracle Does

That’s an interesting departure from the approach led by Oracle chairman Larry Ellison. Ellison in recent public statements has emphasized that Oracle intends to automate ever possible function for not only its Autonomous Database but also indeed the entire Oracle Cloud.

Microsoft outlined an AI-enhanced feature within Azure SQL Database called Intelligent Insights that identifies and fixes potential disruptions before they can degrade the databases performance. The web page describing this self-fixing feature includes the following:

“Intelligent Insights is a unique capability of Azure built-in intelligence that provides the following value:

On the subject of cybersecurity and the ability of autonomous database technology to enhance the security, Azure SQL Database has “intelligent advanced security built in,” Microsoft said.

“We are giving customers the tools to classify, track and remediate to expedite visibility into harmful exploits. For example, customers get data classification to label sensitive data, vulnerability assessment to discover, track and remediate database threats, and advanced threat protection that detects harmful exploits to the database. This is all built in and made better every day with the power of AI and machine learning.”

HCM vendor Paychex has 650,000 business customers across the U.S. and Europe. According to Microsoft, the vendor engages with 1 out of every 12 private-sector employees in America. With an explosive growth rate, Paychex could no longer rely on its on-premises systems and switched to Azure SQL Database.

“The on-premises infrastructure resulted in Paychex’s database engineers focusing on updates and patching rather than creating a better user experience. Paychex’s physical infrastructure had become a bottleneck,” says a Microsoft.com article about that customer.

The self-improving and self-correcting features within Azure SQL Database are now helping Paychex migrate many thousands of customers to the cloud. “Tens of thousands of customers are hosted on Azure, with triple digit-growth year over year,” the article says. “And that number isn’t slowing down—it’s accelerating.”

All of that is happening via automated tools within Azure. And without the addition of any new hardware. Paychex’s engineers no longer have to deal with low-value work such as managing infrastructure, licensing, and spinning databases up and down. That’s all handled by built-in intelligent tools, Microsoft said.

As a result, those engineers can “focus on what they do best: understand how clients are accessing the app and provide value in their continuous delivery pipeline.”

Another customer story offered by Microsoft described how supply-chain SaaS vendor Descartes looked to boost database performance by moving to the cloud.

Descartes had very stringent public cloud requirements because of the unique nature of the solution. “Descartes MacroPoint is a real-time visibility solution, so by its very nature, it’s constantly processing a lot of time-sensitive GPS location update transactions from hundreds of thousands of sources,” says Raimond Diederik, Descartes’ executive vice president of Information Services. “We live in a true 24/7 business world. Our customers are making critical logistics business decisions and interacting with their customers based on the real-time analysis of their shipment statuses. They expect to have all that data available to them whenever they need it.”

A key element in the planning process for moving Descartes MacroPoint to Azure was selecting the underlying database. MacroPoint ran on Microsoft SQL Server, and historically, a Descartes database administrator manually tweaked and adjusted database parameters and performance. With the move to the public cloud, the company wanted to eliminate the need for manual oversight, so it chose to move Descartes MacroPoint to an Azure SQL Database managed instance.

Microsoft has massive investments in AI and ML. It has been involved in the enterprise-database market for a long time. So Microsoft is a natural fit to help lead the way toward self-driving databases that help customers gain better performance and increased focus on high-value business priorities.

And, clearly, its work with Azure SQL Database shows that Microsoft recognizes that opportunity and it committed to helping generate that new value for customers.

But Microsoft’s initiatives in this area, while impressive, pale in comparison to what Ellison has driven Oracle to achieve with Autonomous Database and, more recently, its announcement of an entire Autonomous Cloud.

We’ll keep a close eye on new developments from Microsoft in this dynamic area.

Disclosure: at the time of this writing, Oracle and Microsoft were clients of Evans Strategic Communications LLC or Cloud Wars Media LLC.