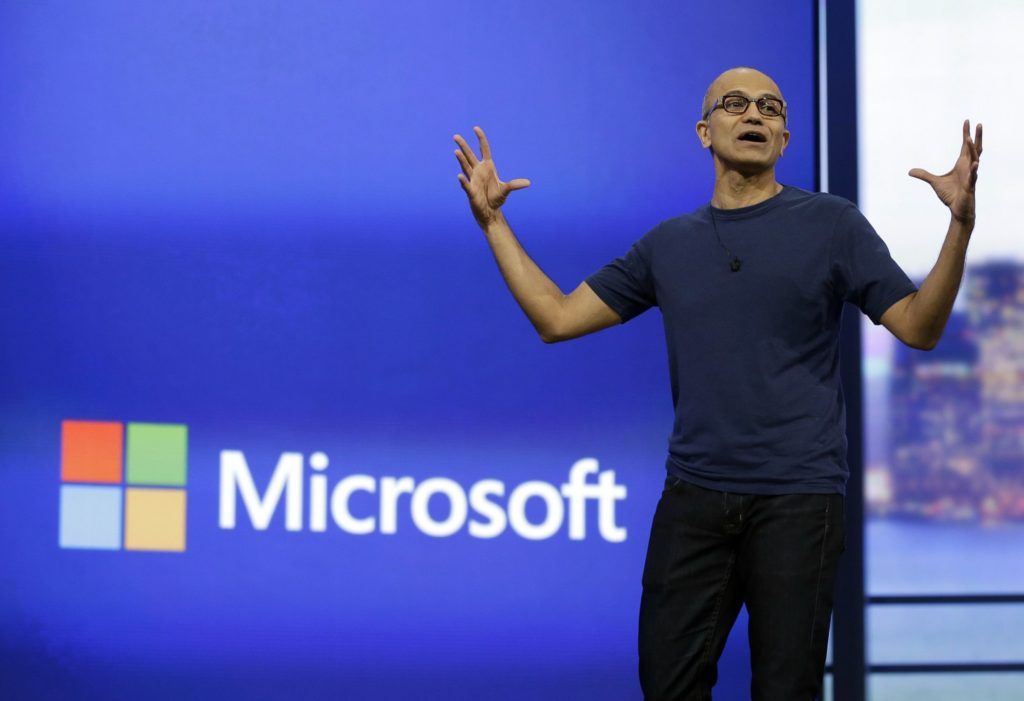 While Amazon’s AWS cloud unit had an excellent year with revenue of $45.4 billion, Microsoft blew past that with 2020 commercial cloud revenue of $59.5 billion, 31% higher than AWS and underscoring that Microsoft is by far the #1 cloud vendor in the world.

And while Google has every right to be extremely proud of Google Cloud’s $13 billion in 2020 revenue, the combined 2020 cloud revenue from both Amazon and Google of $58.4 billion still falls short of Microsoft’s 2020 cloud revenue: $59.5 billion.

For more than 2 years, I’ve had Microsoft at #1 in my weekly Cloud Wars Top 10 rankings, with Amazon close behind at #2. Google Cloud recently moved up to the #3 spot, pushing Salesforce down to #4. For more on that, please check out Google Cloud Jumps to #3 on Cloud Wars Top 10; Trails only #1 Microsoft, #2 Amazon.

As I’ve mentioned before, it is inexplicable to me why so many analysts and people in the media still refer to AWS as the runaway leader or dominant player in the cloud. As the numbers clearly reveal, Microsoft’s cloud business is almost one-third larger than Amazon’s.

I suspect that many still inaccurately equate or conflate “cloud” with “IaaS,” which is a perspective at least a full decade out of date. Without question, Amazon created and still leads the IaaS segment of the cloud—but the cloud of today looks nothing at all like it did 10 years ago when “cloud = IaaS” was a reasonable equation.

Microsoft’s dramatic size difference over Amazon in the cloud is not a new thing; look at the quarter-by-quarter disparities in cloud revenue throughout 2020:

And I would contend that Microsoft’s ability and willingness to touch and improve every facet of what Nadella calls the “digital estates” of customers is an enormous competitive advantage for Microsoft.

Focus on what customers need, not on tech-industry taxonomies

This distinction came sharply into focus during Microsoft’s fiscal-Q2 earnings call late last month. On that call, both CEO Satya Nadella and CFO Amy Hood hammered on the idea that the cloud should be modeled on what customers need to succeed today, not on some arcane and industry-driven acronyms from 10-15 years ago.

And that point from both Nadella and Hood comes with some powerful evidence behind it, as I explained in my analysis of Microsoft’s results for its fiscal Q2 ended Dec. 31: Why Microsoft Just Posted the Greatest Quarter the Tech Industry’s Ever Seen.

In the 8 years since Nadella became Microsoft CEO, the company has been more aggressive than any other cloud vendor in pushing the boundaries and capabilities of the PaaS and SaaS layers of the cloud. In Microsoft’s Oct. 27 earnings call, Nadella ran through the broad categories included in that effort. I summarized his list this way:

Later in the call, CFO Hood made one simple but profound comment that drove home how essential it is for cloud vendors to see the world not through the eyes of the tech industry and its obsession with 4-letter acronyms but rather through the eyes of customers and what they want and need to achieve during their digital transformations.

Here’s that doozy from Hood:

“Thinking about it holistically is why it’s so important for us and why we keep coming back to the commercial cloud as our frame. It’s how customers see the solution. It’s how we sell, and it is how solutions are actually implemented for business-process change.”

That outside-in perspective is why Nadella is relentless in his focus on his intertwined imperatives of “citizen developers” and “digital tech intensity.” By that, he means that businesses must aggressively and rapidly move beyond consuming technology made by others and instead become experts at creating their own.

From my Jan. 28 analysis of Microsoft’s earnings call:

“Digital capability is key to both resilience and growth. It’s no longer enough to just adopt technology: businesses need to build their own technology to compete and grow,” Nadella said. (In that specific context, he later added, “We are empowering domain experts, enabling anyone in an organization to build applications, automate processes, create virtual agents, and analyze data.”)

In closing, there’s no better way to present the secret to Microsoft’s stunning success in the Cloud Wars—the secret that enabled it to generate more 2020 cloud revenue than both Amazon and Google combined—than to share once again the simple statement from Microsoft CFO Amy Hood about seeing things through the eyes of the customer:

“Thinking about it holistically is why it’s so important for us and why we keep coming back to the commercial cloud as our frame. It’s how customers see the solution. It’s how we sell, and it is how solutions are actually implemented for business process change.”