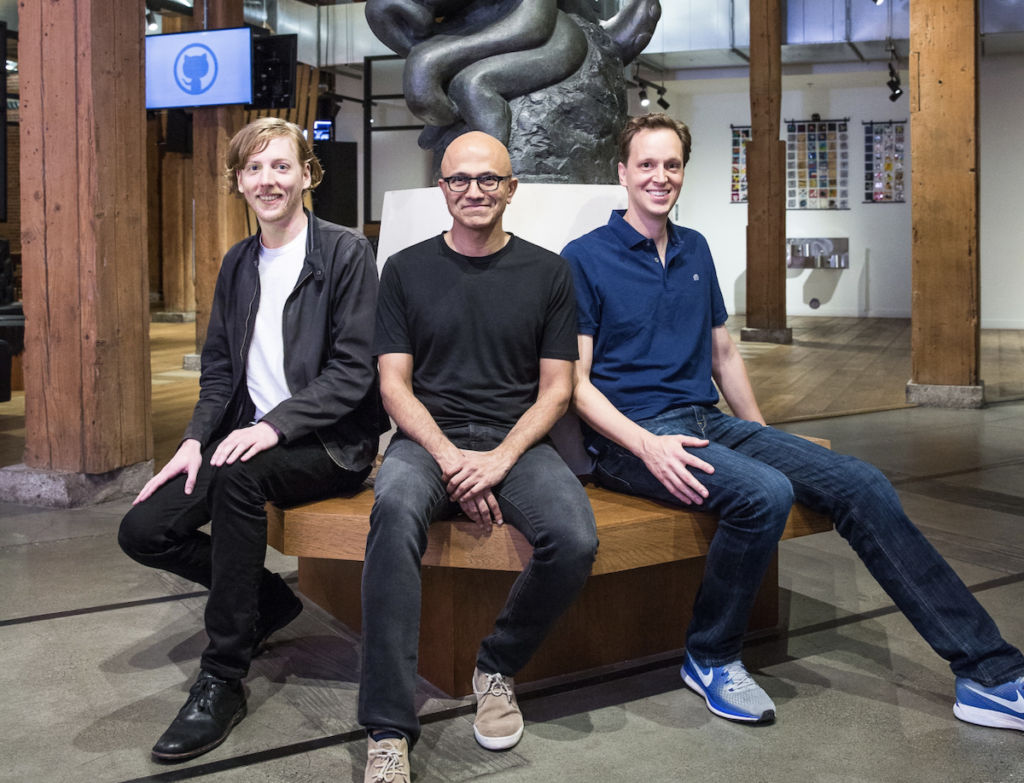 On my weekly Cloud Wars Top 10 rankings, Microsoft is the longtime holder of the #1 spot. And actually, it ascended to that spot and pushed Amazon down to #2 right after Microsoft acquired GitHub in June of 2018. Coincidence, anyone??

Then of course there’s Microsoft’s planned acquisition of AI powerhouse Nuance for $20 billion in an agreement announced last month. But at this point that one’s still theoretical—I’ve shared some thoughts on it in this Cloud Wars Minute episode—so we’ll set Nuance aside for now and focus on the GitHub deal with the LinkedIn acquisition serving as a reference point.

I realize it’s not quite possible to gauge the relative impacts of the two acquisitions, except to say that each has been colossal.

But over the past few years, CEO Satya Nadella has spoken eloquently, passionately and relentlessly about the need for businesses to be not only consumers of software created by the tech industry, but also creators of their own code, their own applications, their own algorithms—their own “tech intensity.”

More than any other tech leader—heck, I’d say more than all the others combined—Nadella has been the loudest and most-consistent advocate for the existential requirement that every business must become a software business.

So I was intrigued to see in last week’s earnings call that Nadella moved the developer topic up to the #3 spot in the businesses whose performances he outlined. After all, with GitHub in the Microsoft house, Nadella and his company stand to gain mightily in this emerging era of ubiquitous development, particularly as the move into the digital economy will require companies to make staggering investments in software—the type they buy as well as the types they create.

“As every organization looks to build its own digital capability, they will need to modernize existing apps, build new apps, and have a standard way of doing both,” Nadella said on the call.

He then rolled out a modern take on the software value chain: idea to code to cloud.

“We offer the most popular tools to help developers rapidly grow from idea to code and code to cloud. Visual Studio has more than 25 million monthly active users and GitHub is home to nearly 65 million developers,” Nadella said.

“Over the past 12 months, the number of monthly active organizations using GitHub increased 70%.

“In fact, some of the most groundbreaking technological achievements of the past year, including critical COVID-19 vaccine trials as well as the first powered flight on Mars were only possible because of the contributions of the open-source communities on GitHub.”

So if you like to ponder the question of which was the first mover, the chicken or the egg, I’d ask you to also consider: does Nadella preach the need for every company to develop its own “tech intensity” and digital capabilities because Microsoft owns GitHub? Or does he urgently recommend businesses move in that direction because, with his front-row visibility into what GitHub can make possible, Nadella has a unique vantage point from which to peer into the future of digital competitive advantage?

The credit for that posture goes to Nadella and is yet another reason why he’s become one of the top CEOs in not just the tech industry—although that’s a heady achievement in our tech-driven economy—but in the entire business world.

While some “experts” squealed when the deal was announced—“It’s too expensive! Microsoft will kill open source! Keep GitHub free!”—all of those naysayers have been proven to be profoundly and foolishly and pathetically wrong. (To hear more of my thoughts on the Github and LinkedIn acquisitions, please check out today’s episode of Cloud Wars Minute.)

It’s a new world out there, and that calls for new thinking, new vision, new approaches and new risk-taking. So I’d suggest we’ll all be better off if we follow the lead of the visionaries into a brave new world, and ignore the hand-wringing of the so-called experts whose only virtue is that, by being so consistently wrong, they give us all a clear sense of what path not to take.

New from Cloud Wars: Subscribe to the Industry Cloud Newsletter, a free biweekly update on the booming demand from business leaders for industry-specific cloud applications.