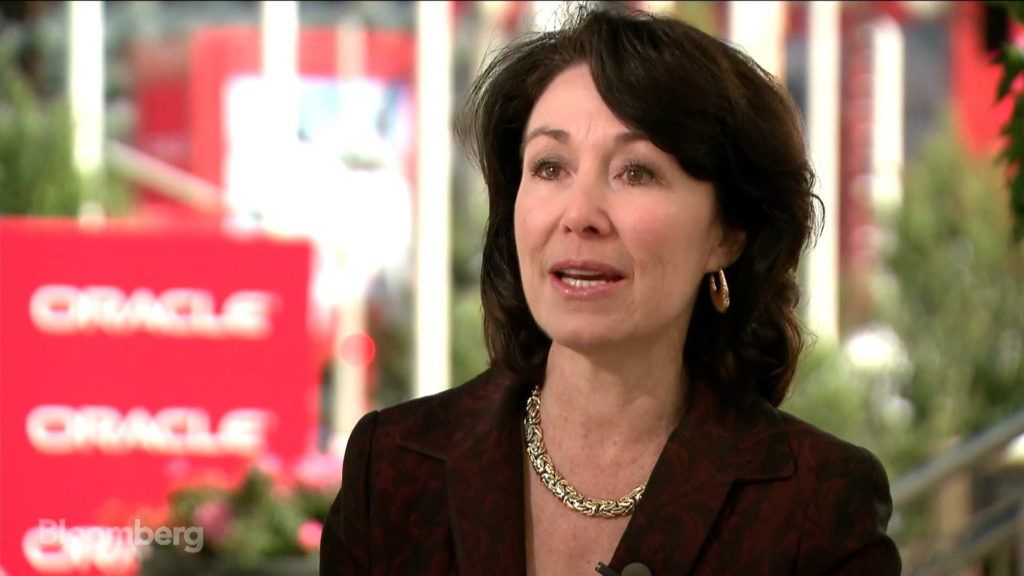 While Oracle’s stunning emergence as a cloud-infrastructure player might well be due to a range of complex factors, it might also be the result of this uncomplicated dynamic cited by CEO Safra Catz: “More and more of our customers want to bring their Oracle databases to the Oracle Cloud.”

On my Cloud Wars Top 10 rankings, Oracle’s been #6 for some time now because while its Fusion apps business has consistently grown at 25%-30%, its heavily touted Autonomous Database has only recently begun to generate meaningful revenue.

And its infrastructure business? As I noted Monday in my initial analysis of Oracle’s fiscal-Q1 earnings, The Audacious Larry Ellison Flips Oracle Cloud Strategy Upside-Down, until early this year Oracle’s IaaS performance was languishing somewhere between bupkis and squadoosh.

But my oh my has that situation changed with the advent of Oracle’s OCI (Oracle Cloud Infrastructure) Gen2—and it’s changed not only rapidly but profoundly. Three big reasons behind that:

On Oracle’s Sept. 10 earnings call, Catz emphasized the impact and breadth of that high-attach dynamic, and said that trend will mean that sales of all Oracle Cloud products will rise—with OCI at the center.

Here’s how Catz replied when asked by an analyst to describe why she feels so confident about the growth prospects for Oracle’s cloud business.

“The things that are going very well and are growing and getting larger and larger is everything that’s associated with the cloud, and that has implications for license revenue because database options grew not only double digits but actually 20-something percent,” Catz said.

After noting that Oracle Analytics and Exadata are also growing rapidly, Catz went into some detail about the two primary drivers for Oracle’s cloud growth: Fusion apps and OCI.

“Our SaaS business is large and growing quickly, and now OCI and our cloud database products and services are growing and they’re getting larger and larger,” Catz said.

And because “[customer] commitment to our database is incredibly strong,” businesses are now ready to move more aggressively than ever before into the cloud: “More and more of our customers want to bring their Oracle databases to the Oracle Cloud.”

A few moments later in response to a question about OCI momentum, Catz outlined the high-attach-rate trend that’s unfolding.

“First of all, you have to understand that our Fusion customers are also on OCI, which means that all of the applications that they want to build themselves, and all the custom things they have on their Oracle Database, they’re going to be putting them on OCI also.

“We are now realizing that many of our database customers stayed on-premise and waited for us to have OCI Gen2 because they know it’s powerful enough, secure enough and scalable enough for their crown jewels,” Catz said.

“And they’ve literally waited for us. And I know this because I have a kind of visibility into the future because often they want to do what we call BYOL—bring your own license—but to do that they often need options. So I can see their intentions when they’re buying those options to bring those database workloads to the cloud,” Catz said.

The trend is cutting across all of the high-transaction and data-intensive industries Oracle has traditionally served, including financial services and communications.

“All of the industries with very important high-performance applications that run on Oracle have been waiting to put those mission-critical workloads on OCI. Some of them are putting it into our public cloud, but many of them—actually many more than I would have expected—are doing Cloud @Customer,” said Catz, referring to Oracle’s newly announced and unprecedented private cloud that lives inside the customer’s firewall but is managed by Oracle.

“This second generation of [email protected], now with Autonomous Database, is just so powerful for our customers. We’re talking about app customers, database customers, custom applications, plus some workloads that otherwise just run at some of the competing cloud services,” Catz said.

“And since you pay by the minute, the day, the hour, it’s much, much cheaper.

So, we compete at every level of the stack, and it’s really very, very, very broad-based for us.”

Toward the end of the call, an analyst asked Catz if she could explain why Q1 numbers for licenses—in some ways, Oracle’s traditional business before the cloud—were also strong in light of the customer migration to the cloud.

“In fact, it’s driven by customers’ plans to move to the cloud. And that is very, very clear because they’re buying the specific options and, as I said earlier, the options number had very high growth this quarter because it’s really in preparation for their move to the cloud,” Catz said.

“Analytics is very strong and the database option is extremely strong, very much pointing in the direction of customers moving to the cloud. So that’s really what’s driving it.”