Oracle Versus SAP: Who’s Winning in the Cloud? 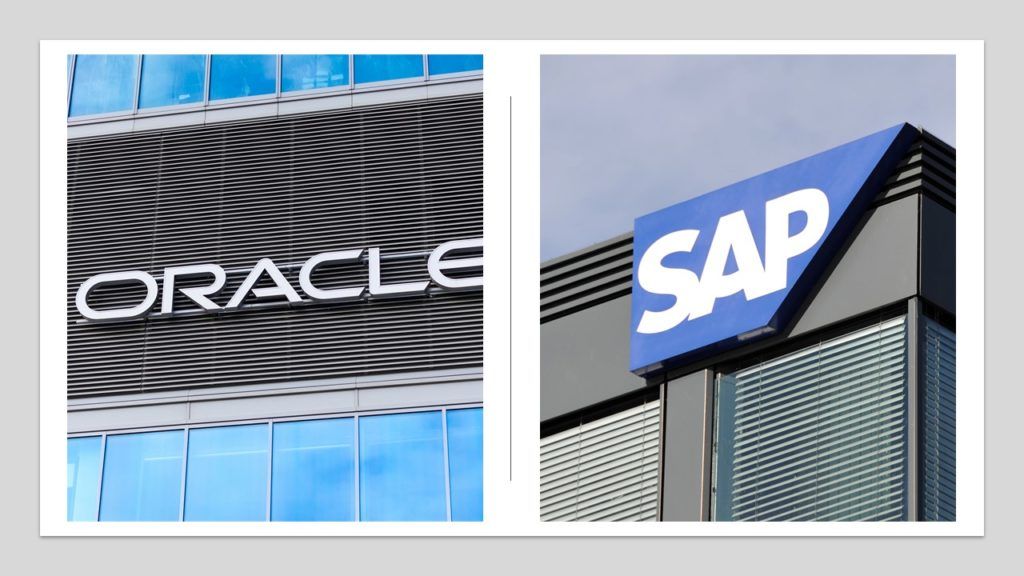 As Oracle and SAP carry their intense competition into a fifth decade, and as both have been racing to become true cloud companies, which company is beating the other in the cloud?

I don’t want to blurt out the punchline at the beginning of the story, but it’s been fascinating to see just how tight the cloud competition is between these two companies that, between them, manage and touch and influence an enormous percentage of the world’s business data and information.

My examination of the past 4 quarterly financial results shows that while SAP and Oracle are absolutely neck-and-neck on quarterly cloud revenue, each company has some metrics that stand out in its favor.

First up, the quarter-by-quarter cloud-revenue comparisons for the past 4 quarters. NOTE: SAP runs on a calendar quarter while Oracle runs on fiscal calendar ending May 31, so it is impossible to get a comparison across the exact same date range. In the absence of that, I’ve looked at the last 4 quarterly results for each company—for SAP, that most recent quarter ended Dec. 31, and for Oracle, it ended Feb. 28.

Of course, the real answer to the question posed in the headline – Oracle Versus SAP: Who’s Winning in the Cloud? – is the customers of each company as they benefit from the relentless and high-impact innovation spurred by the vicious competition between these two proud companies.

For more on my perspectives of this on-going competition, see my post: Cloud Wars Minute: Oracle & SAP Competition Continues, But Is There a Cloud Leader?