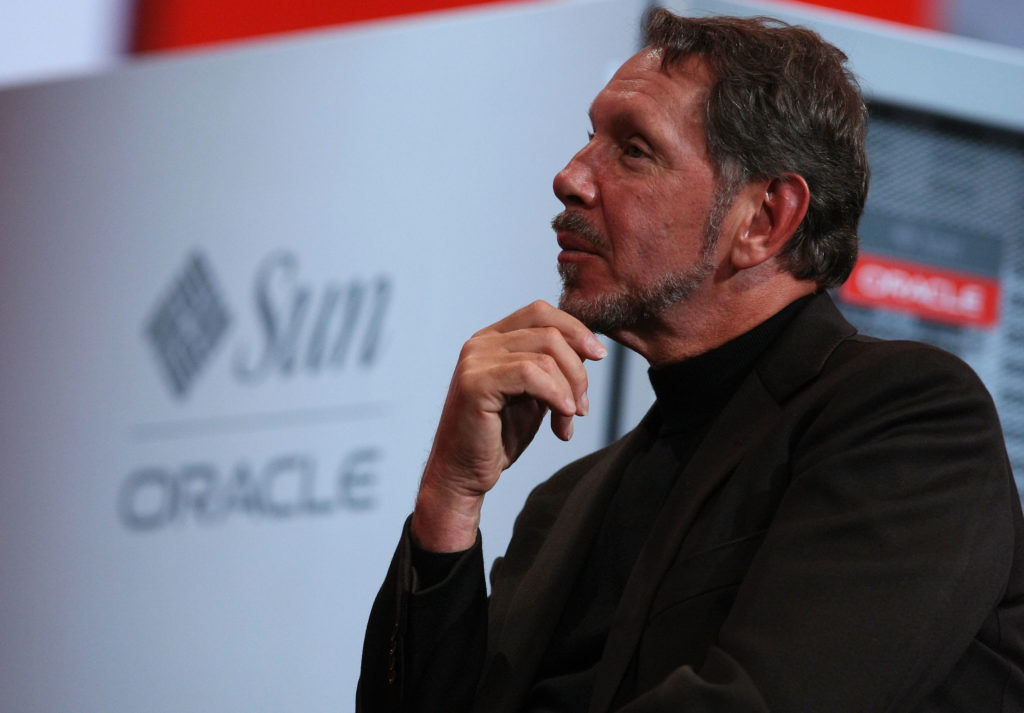 Noting that he’s “almost afraid to mention” that Oracle’s cloud ERP market share is about 95%, Oracle founder Larry Ellison said his booming cloud business is starting to peel away huge SAP customers and will eventually unseat SAP as the world’s #1 ERP provider.

What we have here is a classic bit of gamesmanship between two companies that have been competing savagely against each other for the past 15-20 years. That was when Oracle got into the enterprise-applications business and began challenging SAP’s dominance.

SAP is currently far and away the world’s leading supplier of ERP applications. SAP apps run corporate financials, supply chains, procurement, logistics and more. And over the past two or three decades SAP has used that position to forge deep and long-lasting relationships with many of the world’s largest corporations.

To ensure those and all of its customers are on modern versions of its ERP applications, SAP has told them that by 2025, they should move to the cloud version of its ERP offering.

Ellison and Oracle are attempting to turn that fixed-in-time transition to Oracle’s favor. By trotting out the old bogeyman of FUD (Fear, Uncertainty and Doubt), Ellison unleashed his full inner showman during Oracle’s fiscal Q1 earnings call this week.

How Oracle Plans to Supplant SAP

Aiming his opening remarks on the earnings call squarely at SAP, Ellison said, “Not only do we have an enormous installed base of existing ERP and HCM customers, who can upgrade to the cloud, but more than half of the current ERP and HCM market is served by companies who have no SaaS upgrade task. These companies’ products are vulnerable to being replaced and we’re in the process of replacing them.”

And, he said, Oracle’s Fusion SaaS apps will be the lever that ultimately dislodges SAP from the #1 spot in the global ERP market that it has held since it created the category about 40 years ago.

“We let our results speak for themselves,” a spokesperson said.

A Reality Check for Oracle

Ellison has always been a man of grand ambitions—and, more often than not, grand achievements. Dethroning SAP and founder Hasso Plattner from atop the ERP world would indeed be a remarkable achievement.

But as a great philosopher once remarked, “If if’s and but’s were candy and nuts, we’d all have a merry Christmas.”

Because at least as of right now, all those giant ERP customers are still using SAP’s ERP apps. And they’re paying SAP—not Oracle—handsomely for the privilege. And sure, as Ellison went on to describe at length, a lot of those SAP customers are talking with Oracle and perhaps evaluating Oracle as an option, and why wouldn’t they?

They’d be crazy not to! It costs them nothing, it gives them great new insight into the state of market’s capabilities and competitive dynamics, and it also gives those business customers much greater bargaining power over not only SAP but also Oracle.

The big question is this: can SAP give those customers the confidence and the assurances and the vision of a fully modern cloud-centric future such that those customers decline Oracle’s advances, no matter how passionate?

The Coming Clash of Titans

Put it this way: would you rather have hundreds of giant global corporations running their most-essential business operations on your products and services, or would you rather be on the outside looking in and trying to convince those business leaders to make a monumentally big, public and contentious decision to switch?

Now, without a doubt, Ellison can be an eloquent and persuasive petitioner. And again, those huge SAP customers have absolutely nothing to lose and a great deal to gain by listening to Oracle and Ellison.

But will they allow the inquiries to proceed beyond the listening stage?

Ellison says it’s just a matter of time before the floodgates blow apart.

“A lot of [software companies] have tried to do cloud systems—it’s not easy,” Ellison said during the Q&A session. He went on:

Oracle’s entire attack is completely dependent on convincing one of those “very, very largest” customers to move beyond the talking stage and fully commit to the Oracle cloud ERP. If that happens, Ellison said, others will follow.

But—and there’s always a but—that’s all entirely dependent on whether SAP’s able to convince those customers to stick with SAP and not be the canary in Ellison’s coal mine.

“I’ve spent a lot of time in Germany talking to some customers and they want to move. Several very large customers say they’d like to move to the cloud,” Ellison said.

Ellison is ultimately betting that the need for modern enterprise applications will outweigh that reluctance, and that as the inevitable decision to go to the cloud is made, those customers will judge Oracle’s SaaS applications to be superior to SAP’s.

“Customers want to use modern technology,” said Ellison. “They want to move to the cloud and they can do that with Fusion and they cannot do it with SAP. So we think it’s huge opportunity for us.

“But we have to have a core of references before these big guys are going to move.”

Disclosure: at the time of this writing, Oracle and SAP were clients of Cloud Wars Media LLC.