Salesforce-Slack Is Nice but Teams Blows it Away: Microsoft Exec Althoff 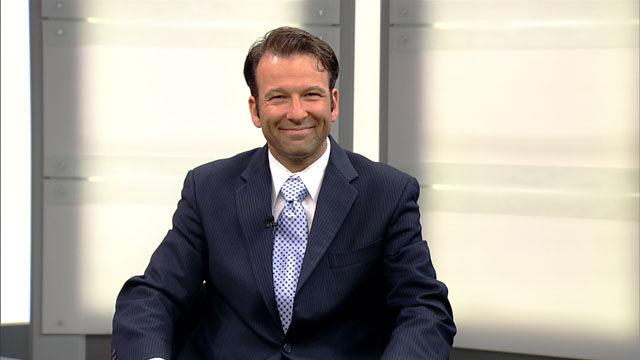 Offering a sneak preview of the rapidly intensifying competition between two of the world’s top software companies, Microsoft executive VP Judson Althoff said recently that CRM without chat is “arcane” and that Teams is years ahead of Slack.

Why is Teams so strategic for Microsoft?

To ensure you have the full context, here’s the verbatim question from Keirstead (via the transcript on Microsoft.com) and then I’ll share significant pieces of Althoff’s response.

The relevant portion of the question from Keirstead: “One is, why is Teams so central to Microsoft? And then, secondly, a more timely question and that’s your interpretation of the Salesforce/Slack merger and what it might mean for your Teams growth going forward?”

In answering the first question regarding Teams’ strategic value to Microsoft, Althoff made 3 strikingly profound assertions:

Here’s the core portion of Althoff’s reply to that question about Teams:

I think people get largely that Teams equals Slack plus Zoom. Teams is both the voice and video capability and the persistent chat, sharing capabilities, that are inherent in Slack and in Zoom, when you combine the two together. We love it for that. But frankly, we love Teams for far more than that and we actually believe that Teams is the UX or user experience of the future.

Teams is the way in which people will want to work. It’s not just about what you do in Teams, it’s about what you integrate into Teams, which has the potential of effectively being a new Windows for us. Teams is cross-platform, completely open, it runs on any form factor, and the usability in the mobile form factor and the PC-class large screen form factor are both growing materially.

Althoff then went on to respond to the related question from Keirstead about his perceptions of Salesforce’s planned acquisition of Slack. I think it’s fair to say that while Althoff’s comment was unfailingly polite, he also managed to position Salesforce—as well as Salesforce plus Slack—as behind the times and not capable of offering a set of integrated solutions nearly as robust as what Microsoft can offer.

“The Slack acquisition by Salesforce, to give them some credit, that was an intelligent thing to do, because persistent chat is becoming a modality,” Althoff told Keirstead.

“To think that you’re going to have a CRM application, which is Salesforce’s core, that doesn’t have chat capabilities, that would be arcane. And so for them to have Slack as an asset to help that modality and their business application platform makes sense.”

Okay—so Salesforce deserves “some credit” for the $28-billion deal because it’s “intelligent” and “makes sense” and prevents Salesforce CRM from becoming “arcane.”

Althoff then spoke more directly and asserted that this latest acquisition by Marc Benioff will ultimately end up being too little, too late.

“It’s exactly what we’ve been doing for a couple of years now with Teams in our Dynamics offering and hundreds of third-party applications as well as, like I said, the no-code, low-code capability that is so inherent in the citizen-developer movement.”

3 huge takeaways re Microsoft and Salesforce

There are a few big bold-faced lessons to learn from this brief exchange:

That’s a good reminder that while all alliances are temporary, competition and self-interest are eternal.