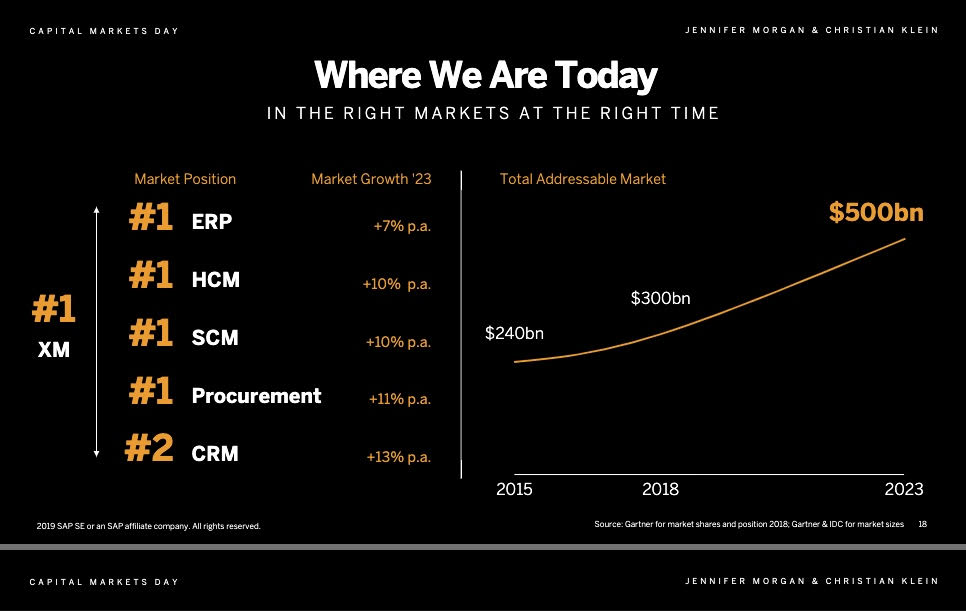 In case you thought one of the tech industry’s most bitterly contested rivalries was slowing down, both SAP and Oracle are making it perfectly clear that they’re just getting warmed up in their mutual quests to be the world’s #1 apps provider.

At SAP’s Capital Markets Day with financial analysts earlier this week, newly named SAP co-CEO Christian Klein opened his remarks with a slide showing that SAP is #1 in ERP, HCM, SCM, Experience Management and Procurement, and #2 in CRM.

So is SAP or Oracle really #1? And why does that matter?

The Vendors in SAP and Oracle’s Rear-View Mirrors

Competition is a very wonderful thing. As we always say here at Cloud Wars, the ultimate winners when the tech titans battle are the business customers who get to reap the fruits of that intensified innovation.

At this point, I think SAP is doing a better job of focusing its competitive energies on ensuring great outcomes for customers. Morgan pounded on that point in her presentation this week to financial analysts, and Klein certainly echoed the theme.

I think we should expect to hear Oracle adopt more of that same customer-centric tone rather than some of its high-energy talk about beating the competition, in ways that seem isolated from what that means—or doesn’t mean—for customers.

Disclosure: at the time of this writing, SAP and Oracle were clients of Evans Strategic Communications LLC.